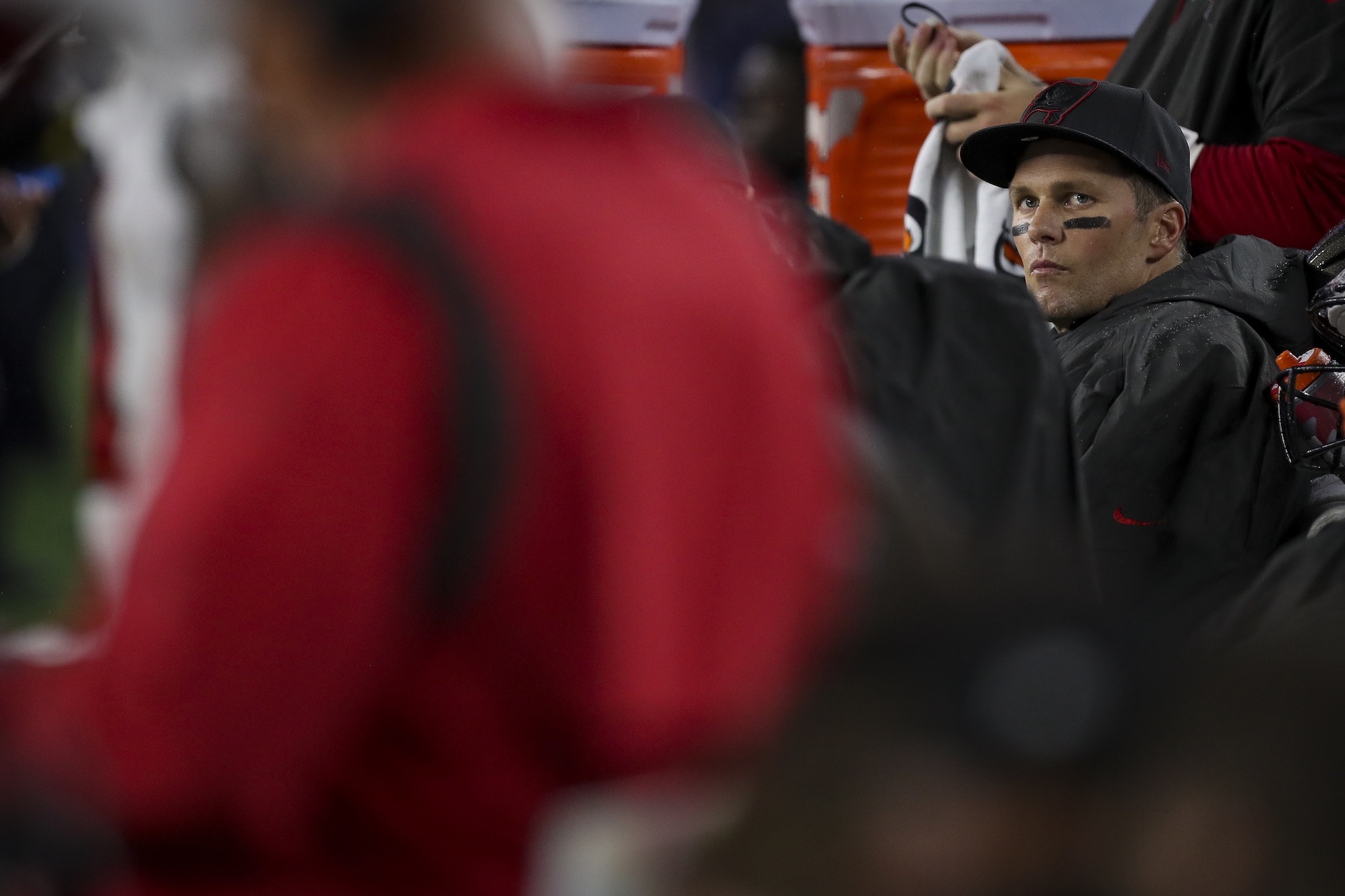 Given all his success, does Tampa Bay Buccaneers quarterback and seven-time Super Bowl Champion Tom Brady have any reason whatsoever to be salty, hold a grudge or otherwise feel the inclination to exact revenge on anyone in the league?

Will that stop him from doing so?

Just like the rest of the greats, be it Michael Jordan, Kobe Bryant, Tiger Woods, etc., Brady finds (literally) anything from which to draw motivation. This is a guy who named his new production company ‘199 Productions’ after being selected No. 199 overall 22 years ago, after all.

But that’s the competitor in him. That’s why he’s so great. That’s why he’s not satisfied with those aforementioned seven world titles, nor the 15 Pro Bowl nominations or five Super Bowl MVPs.

Is it a little maniacal? Maybe even bordering on sociopathic? Sure. But it works.

So with that in mind, let’s take a look at Tampa Bay’s slate for 2022 and where exactly Brady could pinpoint some extra motivation.

You thought Brady got revenge in Super Bowl LV against quarterback Patrick Mahomes and the rest of the Chiefs? Think again. Though it was technically a home game, Week 12 of that year, and thereby the last time the Bucs played the Chiefs in the regular season, Kansas City pulled off a three-point victory. Wide receiver Tyreek Hill went off for over 200 yards and a couple of scores – and that was just in the first quarter. Brady and the Bucs played catch-up the entire rest of the way and ultimately fell a field goal short.

Even if the Super Bowl win eased that pain, this is still about Brady asserting dominance over the new guard of NFL signal-callers. He wants to leave no doubt that even at 45 years old, he can still sling it with the best of them. On Sunday Night Football, he’ll have exactly that chance.

You don’t spend two decades in the AFC without making some enemies. And while Brady has a winning record against most teams he’s faced, the Ravens have given him a headache or (exactly) two in the process.

Whether it was the 2009 playoffs, where Baltimore delivered New England a beatdown while intercepting Brady three times or the 2012 AFC Championship game, where none other than Joe Flacco outdueled the GOAT for a trip to the big game – Brady hasn’t forgotten. Don’t mention the first (and the last) time he faced off against a Lamar Jackson-led Ravens offense. That was in 2019 and Baltimore got the win there, too. That likely still doesn’t sit well with Brady to this day and he’ll want to make sure Jackson doesn’t get the best of him in what will likely be the last time the two play one another.

Well, this one goes without saying, right? The Rams robbed Brady of his second-straight Super Bowl appearance with the Bucs. And it was in heartbreaking fashion, at that.

Just when all hope seemed to be lost and Tampa Bay was down by three scores heading into the fourth quarter – Brady did the whole comeback thing yet again and tied the game with just 42 seconds to go. Then came the dagger, when quarterback Matt Stafford somehow escaped a 0 blitz from the Tampa Bay defense and launched a perfect 44-yard pass right into the hands of wide receiver Cooper Kupp. It set up the chip shot for kicker Matt Gay to get his own redemption over Tampa Bay — if you’re wondering, no, I still haven’t personally processed my feelings about the whole thing.

The Rams went on to claim the Lombardi and are now the defending Super Bowl champions. That was supposed to be Brady and the Bucs. And he hasn’t forgotten. The game is inexplicably not in primetime but you better believe as many eyes that can be on that game, will be on that game. Brady won’t get shown up twice.

And while they got the win that mattered in the Divisional Round of the 2020 playoffs, that was in New Orleans. The Bucs have suffered Sunday night embarrassments at home by the hands of the Saints in the last two seasons. The third time, against a team that no longer has Sean Payton calling the shots, and the offense, will not be the charm for New Orleans if Brady has anything to do with it.

Honorable mentions: Week 14 vs. San Francisco and both times he plays Atlanta

Was the team that passed on Brady back in the 2020 offseason when he was a free agent San Francisco? Who’s to say? Brady is from the Bay Area and grew up idolizing Joe Montana. You have to think every showing against his hometown team, of which there have only been three, Brady wants to be his best.

As far as the Falcons go… lol.