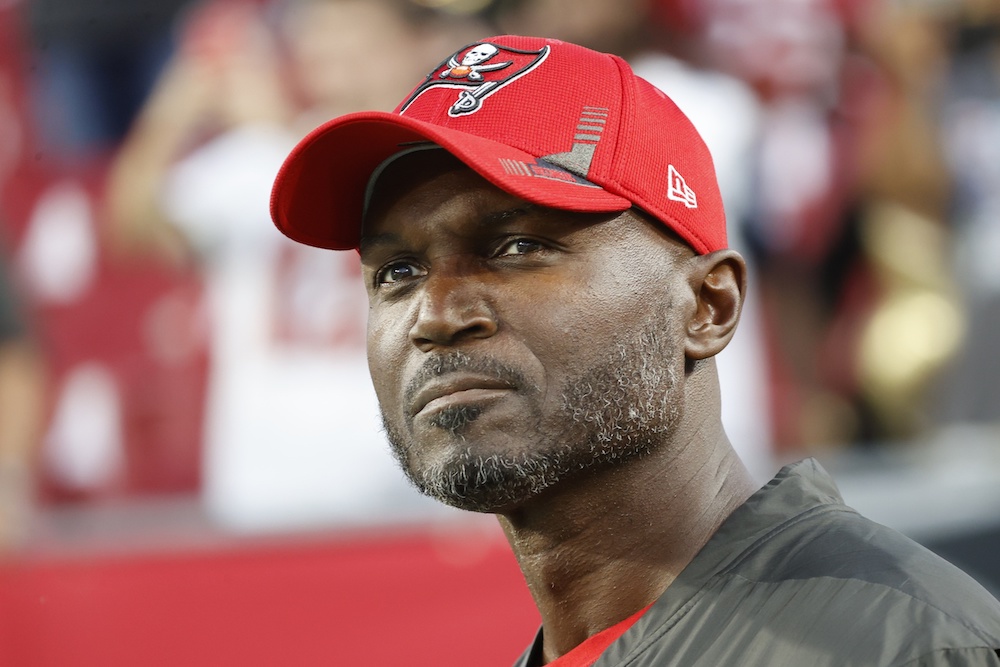 In a shocking turn of events given the current placement of the NFL calendar, Tampa Bay Buccaneers Head Coach Bruce Arians announced his retirement from coaching on Wednesday night. Arians has accepted a senior advisor role in Tampa’s front office and former Defensive Coordinator Todd Bowles was named the Buccaneers’ new head coach. The 69-year-old Arians steps away as the winningest head coach in Bucs history (65.1%) and will be fondly remembered by the Bucs faithful for capturing Super Bowl LV in just his second season as their head honcho. Arians now steps away gracefully and has set Bowles up for immediate success. Bowles thoroughly deserves this opportunity and is the right man to usher the Bucs forward.

Bowles had previously served as the Buccaneers’ defensive coordinator for a three-year span that lined up with Arians’ arrival in Tampa. Bowles has a lengthy history alongside Arians after working in the same role in Arizona for two seasons (2013-14) before becoming the head coach of the New York Jets. And long before that, Bowles even played for Arians, when Arians was the head coach at Temple University and Bowles a defensive back. It’s safe to say Bowles is extremely familiar with Arians’ coaching style and quickly became a well-respected member of his staff. The players in Tampa’s locker room trust Bowles and have complete faith in his ability to lead their team, making this transition of power a straightforward and seamless one.

From the moment Bowles touched down in Tampa, Arians essentially awarded him with the free reign necessary to run the defense as he saw fit. Bowles spearheaded some rather commanding defenses within that time frame. Over the past two campaigns, Tampa’s defense has ranked fifth (20.8) and eighth (22.2) in points allowed per contest, and third (92.5) and first (80.6) in rushing yards allowed per game. Bowles has undeniably overseen some dominant front sevens that opposing offenses struggled to move the ball against.

Bowles now takes over a roster that remains in win-now mode. Tom Brady’s decision to return from an extremely short-lived retirement immediately catapults the Buccaneers to Super Bowl contention in 2022. Those odds shouldn’t be impacted by Arians’ decision to step down.

General Manager Jason Licht has once again done a terrific job constructing what appears to be another elite roster despite being forced to work through some salary cap-related difficulties.

Retaining Chris Godwin and Leonard Fournette qualified as major victories for Licht and almost surely guarantees Tampa’s offense will fire on all cylinders once again in 2022. Acquiring offensive guard Shaq Mason from the New England Patriots in exchange for a Day 3 draft selection represents one of the more shrewd moves made by any team this offseason and should help the Buccaneers’ offensive line maintain their high-level play in front of Brady. Star center Ryan Jensen also returns. Wide receiver Russell Gage arrives from the Atlanta Falcons to fill the third wide receiver void left behind by Antonio Brown’s controversial late-season departure. Losing safety Jordan Whitehead in free agency was a blow, but veteran free-agent Logan Ryan, who has an excellent relationship with Brady from their days together in Foxboro, should help offset that loss. Key veterans such as Rob Gronkowski, Jason Pierre-Paul and Ndamukong Suh remain unrestricted free agents but it wouldn’t be a surprise to witness one or two of them return to Tampa in 2022.

Offensive Coordinator Byron Leftwich remains in Tampa after flirting with the Jacksonville Jaguars’ head coaching vacancy. Arians placed a tremendous amount of trust in his offensive coordinator over the years and Bowles is largely expected to allow Leftwich to operate in the same seamless manner. The offense shouldn’t skip a beat given the circumstances. Opposite Leftwich, Bowles must now name a defensive coordinator. Initial reports indicate Bowles will promote current inside linebackers coach Larry Foote and defensive line coach Kacy Rodgers to co-defensive coordinators. Foote has worked alongside Arians and Bowles for a total of five seasons and Rodgers previously served as Bowles’ defensive coordinator in New York for four seasons before immediately joining his staff in Tampa back in 2019.  One can’t help but wonder if Mike Caldwell, who departed the Bucs’ staff earlier this offseason to become the defensive coordinator in Jacksonville, would have been Bowles’ top choice had Arians stepped down earlier in the offseason, but Foote and Rodgers would make for terrific choices, nonetheless.

Perhaps most importantly, Licht awarded Bowles with a five-year contract. It sends a strong message to Tampa’s locker room that the organization wasn’t caught off guard by the timing of Arians’ retirement and Bowles isn’t some stopgap option. No, Bowles is their leader now and in the future. It’s a tremendous outcome for Bowles, who spent the offseason interviewing for several less-than-desirable openings around the league. He’s now landed the type of job he deserves in a familiar environment that’s well suited for him to thrive immediately.

Bowles will help lead the Bucs to Super Bowl contention in 2022.