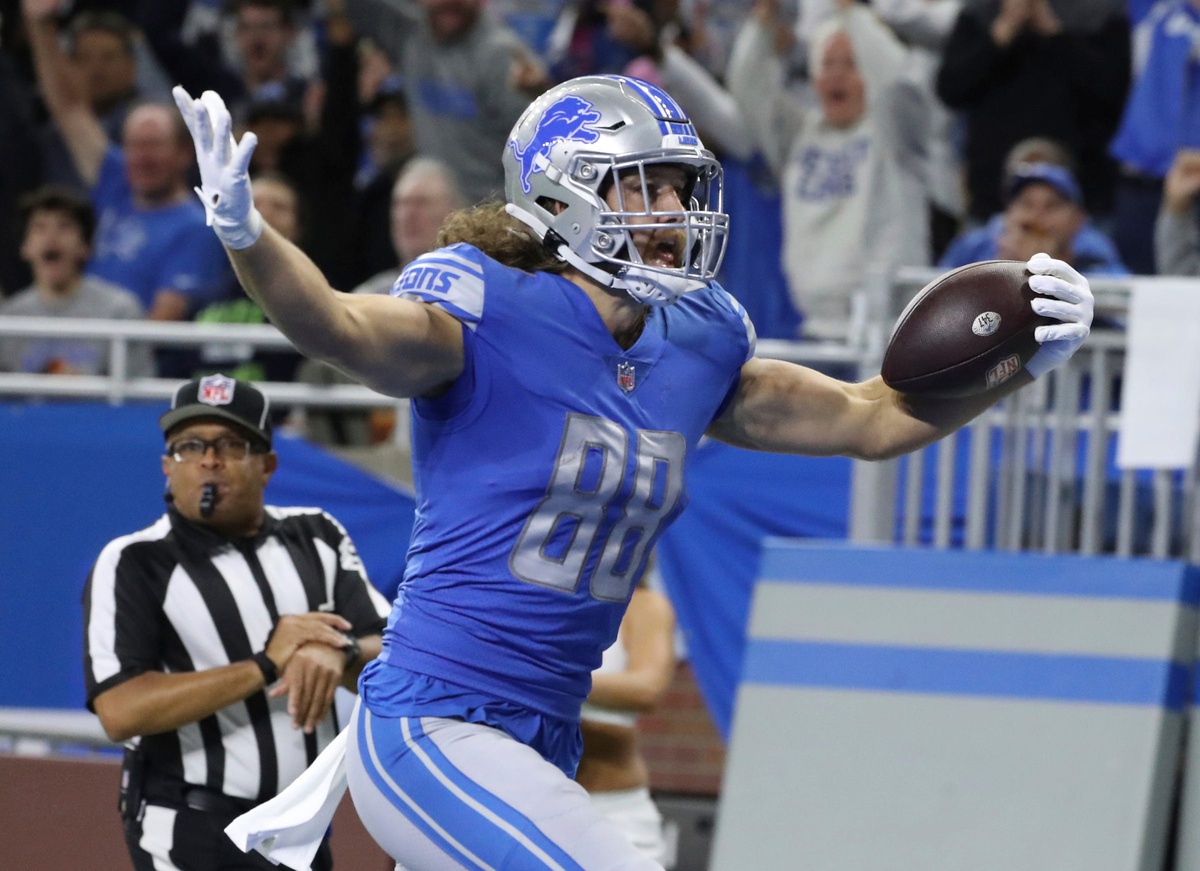 Who Won The TJ Hockenson Trade?

Vikings general Kwesi Adofo-Mensah deserves praise for convincing the Lions to not only trade Hockenson within the NFC North but also for receiving two mid-round selections alongside Hockenson. Inner-divisional trades are extremely rare. Adofo-Mensah has done terrific work as a stern negotiator here.

Hockenson will immediately step into Minnesota’s starting lineup. Fellow tight end Irv Smith Jr. has been struggling with consistency and recently suffered an ankle injury that will sideline him for several weeks. Smith, who’s heading for unrestricted free agency this offseason, will serve as Minnesota’s No. 2 tight end upon his return.

First-year head coach Kevin O’Connell is overseeing a successful offense. The Vikings own the league’s 10th-ranked scoring offense at the impressive clip of 24.7 points per contest. Hockenson will serve as Kirk Cousins‘ third option in the passing game behind Justin Jefferson and Adam Thielen. Minnesota’s passing attack will be stretching defenses even thinner on a weekly basis moving forward.

The No. 8 overall selection in the 2019 NFL Draft, Hockenson is in the fourth and final season of his initial four-year rookie contract. Holmes triggered the fifth-year option on Hockenson’s contract just months before trading the former Iowa product to the Vikings. The Vikings will absorb Hockenson’s fully-guaranteed salary of $9.392 million for the 2023 season.

Hockenson isn’t a rental. He’s Minnesota’s starting tight end for the foreseeable future and the Vikings may be willing to negotiate a long-term extension with him this offseason.

Hockenson is an excellent fit in Minnesota’s offense. Hockenson’s dual-threat skill set as both a receiving weapon and a blocker in the run game will be appropriately utilized by O’Connell in Minnesota. Running back Dalvin Cook will benefit from Hockenson’s presence as the Vikings aim to further unlock a disappointing rushing attack that’s averaging 108.6 yards per game (21st in the league). O’Connell’s use of pre-snap motion has kept opposing defenses on their toes all season long. Adding Hockenson who can play in multiple personnel packages makes the Vikings more unpredictable and versatile.

Hockenson has recorded 26 receptions for 395 receiving yards and three touchdowns this season. He’s averaging a career-high 15.2 yards per reception and is creating 8.2 yards after the catch per reception, via Pro Football Focus. Hockenson is on pace to record 63 receptions this season, and that number may increase in Minnesota’s explosive offense.

Lions general manager Brad Holmes decided to be a seller at Tuesday’s deadline. Trading Hockenson within the division is borderline inexcusable, but Holmes is firmly eyeing the future with his Lions sitting at a hapless 1-6. The Lions now own two first-round selections in the 2023 NFL Draft, one from the struggling Los Angeles Rams, and two second-round selections, one of which was acquired in this deal. The Lions remained well-positioned for future success via an abundance of draft capital.

Holmes inherited Hockenson from the previous regime and has decided to flip his services for multiple draft picks. Holmes doesn’t feel his Lions are in a position to pay a tight end via a long-term deal. It’s a decent argument for a team in the Lions’ rebuilding position.