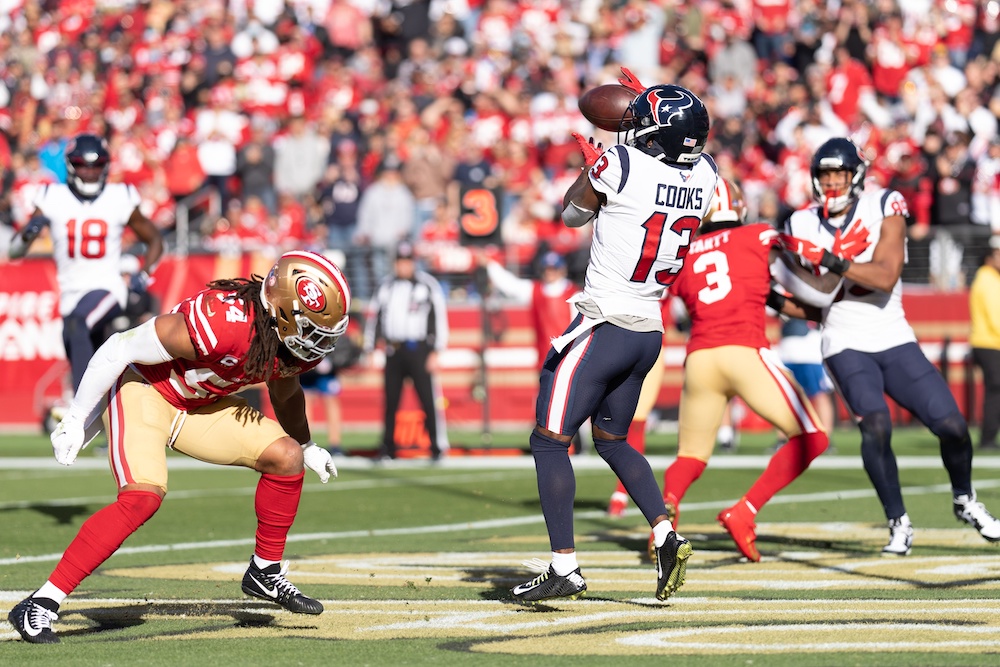 3 WRs Jets Should Trade For

The New York Jets allegedly attempted to complete a blockbuster trade for wide receiver Tyreek Hill on Wednesday afternoon, only to witness the now ex-Kansas City Chief help orchestrate a move to their AFC East rival Miami Dolphins instead. Ouch. Jets General Manager Joe Douglas clearly possesses interest in acquiring a veteran receiver to help round out what could be an underrated and impressive offensive supporting cast next season. Corey Davis and Elijah Moore, who were both acquired by Douglas last offseason via free agency and the draft, provide the Jets with a solid base at the receiver position. Douglas also re-signed Braxton Berrios earlier this month, but it’s no surprise to witness Douglas remain aggressive via the trade market.

Franchise quarterback Zach Wilson is New York’s most valuable asset and Douglas is wisely hellbent on providing him with the most weapons imaginable going forward. The Jets are smart to continue investing in the former BYU standout’s continued development. Douglas added a pair of exciting tight ends in free agency in the form of Tyler Conklin and C.J. Uzomah but his efforts to acquire Hill suggest he may not be done working the phones yet.

We’ve identified three receivers the Jets could attempt to complete a trade for.

The Seahawks are clearly starting over and Douglas should absolutely place a phone call to Seahawks General Manager John Schneider to inquire about what it would take to pry Lockett out of Seattle. Schneider embraced an impending rebuild the moment he agreed to trade franchise quarterback Russell Wilson to the Denver Broncos in a deal that netted Seattle an abundance of immediate and future draft capital. Schneider then swiftly released veteran linebacker Bobby Wagner in another move that showcased Seattle’s willingness to move on from aging veterans. Lockett will turn 30 years old during the 2022 campaign and shouldn’t spend the remaining prime years of his career wasting away in Seattle as they spend the next two or three years reloading for the future.

Lockett is still an excellent receiver that recorded a career-high 1,175 receiving yards on 73 receptions. Lockett reached the end zone a healthy eight times despite receiving inconsistent quarterback play throughout Wilson’s multi-week finger injury. Financially, it makes more sense for the Seahawks to deal Lockett post-June-1st but that would unfortunately prevent them from acquiring more 2022 draft capital. Regardless of what Seattle’s preferences may be, it costs Douglas and the Jets nothing to explore a deal for Lockett.

Jaguars General Manager Trent Baalke and new Head Coach Doug Pederson have aggressively overhauled their wide receiver room throughout the offseason. The Jaguars made one of the first sizable splashes in free agency when they agreed to a shockingly large contract with former Arizona Cardinals receiver Christian Kirk. Ex-Raiders receiver Zay Jones later signed a three-year, $24 million with the Jaguars and he’s expected to serve as Kirk’s new running mate in two-receiver sets. Jacksonville also signed tight end Evan Engram, who is expected to run the majority of his routes out of the slot. Baalke re-signed gadget player Laquon Treadwell, as well. All of these moves signal that Laviska Shenault’s days in Jacksonville are numbered.

Shenault has reportedly been placed on the trading block and the Jets could certainly find a role for him. The former Colorado standout has been miscast and inappropriately utilized throughout a disappointing two-year tenure in Jacksonville, thus far. Former Head Coach Urban Meyer was especially clueless in relation to defining Shenault’s role in the offense and the Irving, Texas native averaged just 9.8 yards per reception last season while being used near the line of scrimmage on designed touches. Wilson’s ability to go off-script under pressure would mesh nicely with Shenault’s athletic ability.

General Manager Nick Caserio began finally laying down the building blocks for Houston’s long-standing rebuild by trading disgruntled quarterback Deshaun Watson to the Cleveland Browns in exchange for several draft picks. Caserio can now officially begin building the Texans with his vision at the forefront of his moves and more veterans could be traded in the coming weeks. Underrated wide receiver Brandin Cooks qualifies as an obvious candidate as the Texans continue preparing for the future. Cooks is set to enter the final year of his contract in 2022. He’ll earn a base salary of $12.5 million while carrying a sizable cap hit of $16.2 million. Cooks is extremely unlikely to express interest in re-signing with the Texans beyond 2022 given their bleak short-term outlook. Cooks will turn 29 years old in September and has previously played for winning franchises such as the New England Patriots and Los Angeles Rams. He’s certainly eager to return to his winning ways.

The Jets currently possess a much more promising project than the Texans. Caserio and the Texans would be wise to seek compensation in exchange for Cooks’ services before he eventually departs the franchise on his own accord. Cooks would immediately become a starring, crucial player in New York’s improving offense. 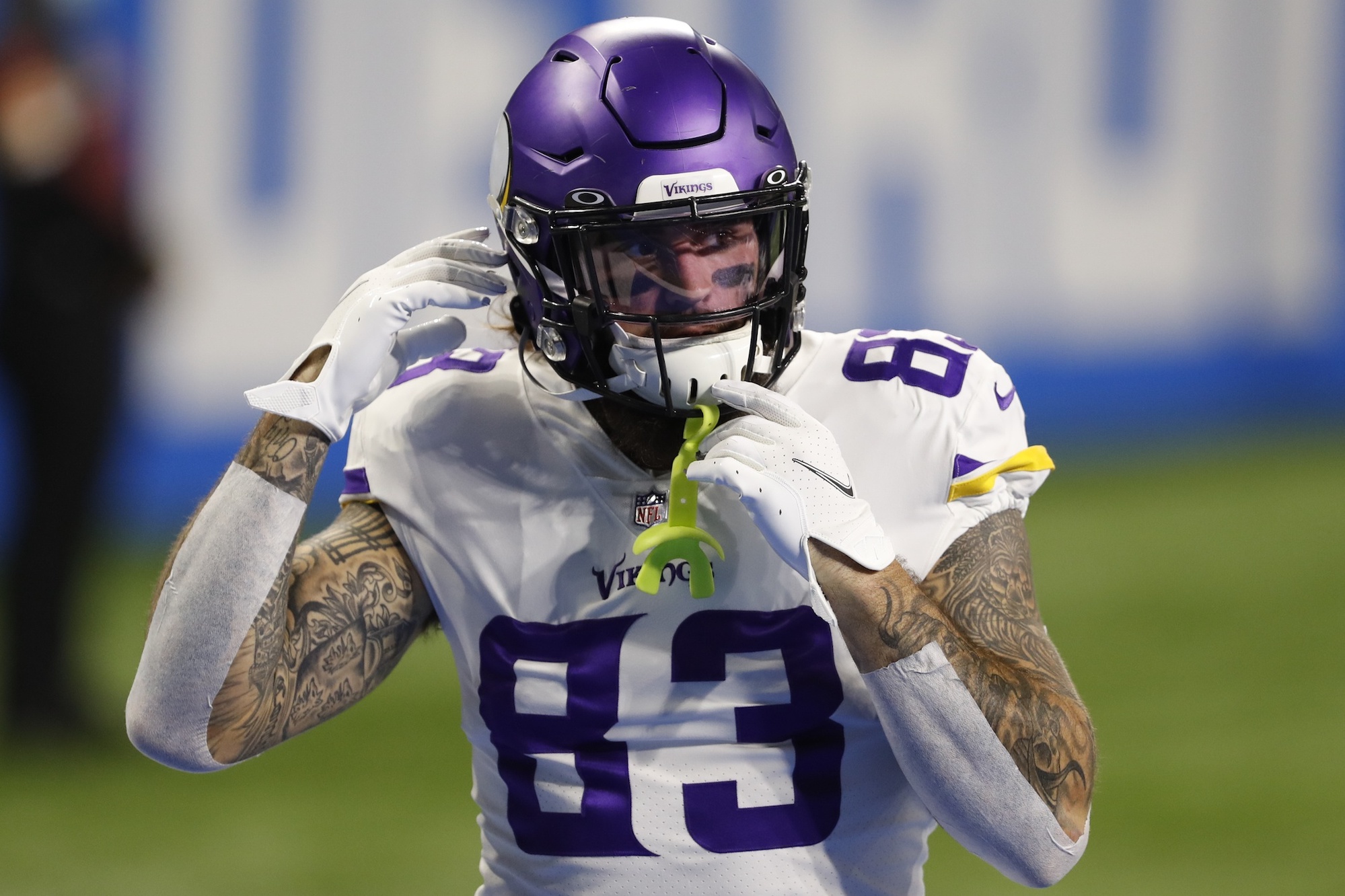 Will Tyler Conklin Be Secret Weapon For Jets?