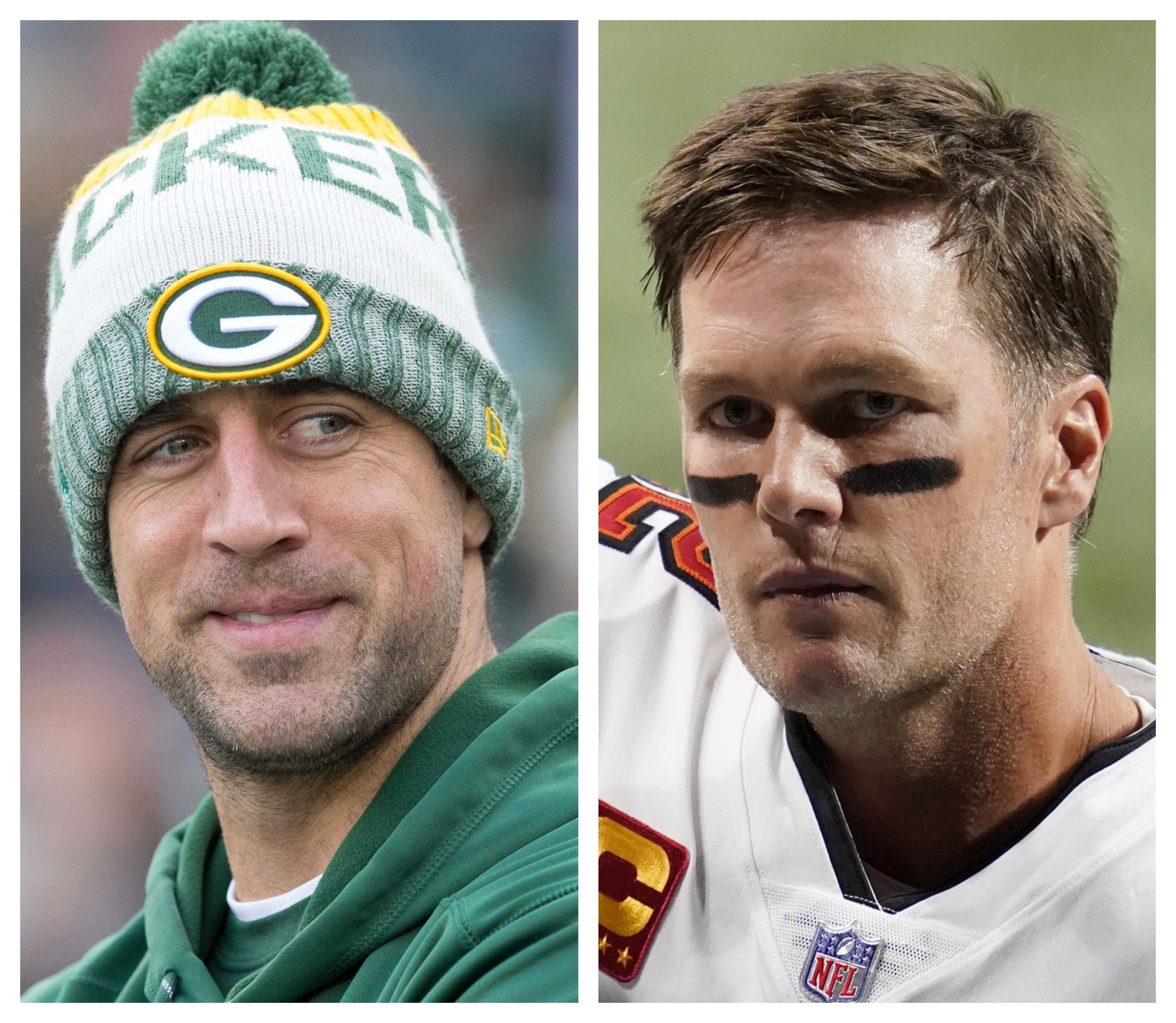 The Match: Who Should Challenge Tom Brady, Aaron Rodgers Next?

NFL quarterbacks Tom Brady and Aaron Rodgers teamed up to defeat Patrick Mahomes and Josh Allen in this year’s iteration of Capital One’s The Match, an exhibition golf match that has garnered widespread acclaim in recent years. The four elite signal-callers played a 12-hole competition at Wynn Las Vegas, where Rodgers drained a putt on the final hole to give his team a 1-up win.

While The Match has become increasingly entertaining as of late, mostly due to Brady’s penchant for trash-talking the opposition, it’s also for a good cause. This year’s The Match raised enough money to donate 10,258,000 meals for Feeding America. The Match is an annual event, and it’s got our wheels spinning. With Mahomes and Allen having been defeated, which quarterbacks should Rodgers and Brady square off with next season while defending their title? We’d personally love to see Mac Jones and Justin Fields. Here’s why.

Although a pairing such as Joe Burrow and Justin Herbert may lead to more coverage for the event via casual viewers (and more money for charity as a result), just imagine the opportunities for trash-talking between Brady and Jones and Rodgers and Fields. The one-liners, which are a big part of the draw, practically write themselves.

Brady and Jones would share endless stories of Bill Belichick. Much has been made of Brady’s relationship with Belichick since his messy, public breakup with the New England Patriots, and Jones was essentially drafted as Brady’s successor. The jabs regarding Belichick’s record (70-79, by the way) without Brady? Endless. Would Jones poke at Brady’s age while pointing out he replaced him in New England? Absolutely. These two could probably go on and on for hours, and we’d love a front-row seat to their constant bickering.

That brings us to Rodgers and Fields. Sorry, Bears fans. Few players have tormented an opposing franchise in the manner Rodgers has in relation to the Bears. The Packers and Bears may represent the league’s oldest, fiercest rivalry, and Rodgers has particularly enjoyed making the Windy City faithful suffer. Bears fans have been delivered a hopeful exit plan from wallowing in their own misery via Fields, an exciting sophomore quarterback who carries the potential to finally knock Rodgers and the Packers off their perch.

Fields is an electric signal-caller that must overcome Rodgers (both metaphorically and literally) before appropriately claiming victory in the NFC North. An aging Rodgers recently re-signed with the Packers via a historic four-year extension, so the battle between him and Fields is just getting started. Awarding them with an opportunity to continue igniting their personal rivalry via an exhibition golf match would qualify as must-watch television.

The Match represents an excellent cause, and its entertainment value directly contributes to the overall success of that cause. Rivalries and pre-match trash talking only enhance public viewership and support. Mahomes and Allen made for great adversaries for Brady and Rodgers, and now it’s time to usher in a new crop of promising young quarterbacks. The shared history and background involving Jones and Fields would lead to the one-liners and good fun we’ve all grown to love.