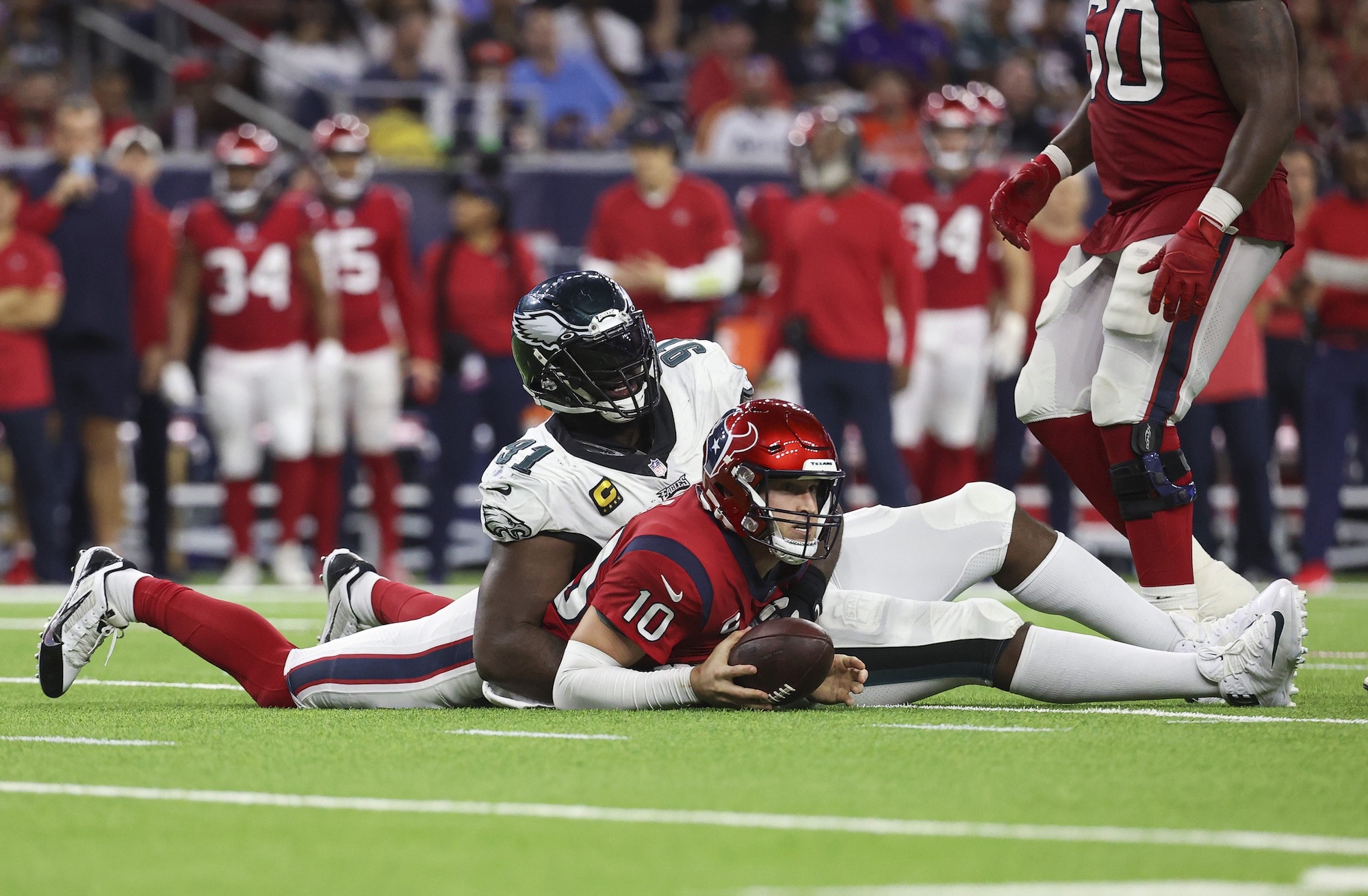 Why Texans Need To Draft Rookie QB In 2023

The Texans are now a hopeless 1-6-1 and the Mills era is nearing its end in Houston. The Texans must draft a quarterback in the 2023 NFL Draft.

The No. 67 overall selection in the 2021 NFL Draft, Mills has completed 62.8% of his passing attempts this season. Davis has thrown eight interceptions from Week 3 onward. Mills has three multi-interception showings this season. The former Stanford product has been held to 177 or fewer passing yards on four occasions this campaign. Mills’ less-than-desirable supporting cast isn’t placing him in advantageous positions, but Mills hasn’t achieved enough to prove he’s worthy of serving as Houston’s quarterback of the future.

Texans general manager Nick Caserio decided to award Mills with a second opportunity to quarterback Houston after a surprisingly effective rookie campaign, all things considered. Caserio passed on multiple opportunities to select a signal-caller in the 2022 NFL Draft (it’s early, but that decision appears to be a good one based on the early returns). Houston also didn’t seriously pursue a quarterback via free agency or trade. That line of thinking must shift this offseason. And it likely will.

The Texans are equipped with two first-round selections in the 2023 NFL Draft (and another two in 2024) as a result of the blockbuster deal that sent Deshaun Watson to the Cleveland Browns. Based on current standings, the Texans are projected to own the No. 2 and 7 overall selections in April. The latter of those picks (originally Cleveland’s) may end up being later once Watson returns to Cleveland’s lineup, but Houston’s original selection is firmly in contention to be a top-three pick.

This quarterback class appears leaps and bounds above the one Caserio shrugged off in 2022. Ohio State’s C.J. Stroud is meeting expectations. Bryce Young is an electric playmaker. Kentucky’s Will Levis has catapulted himself into the conversation. All three quarterbacks are ranked inside the top 12 of our latest TDN100 update. In-house scout Keith Sanchez had the Texans selecting Alabama EDGE Will Anderson Jr. and TCU wide receiver Quentin Johnston in our latest NFL mock draft, but the Texans will almost certainly position themselves for a quarterback. The Texans may have their pick of the litter, too.

Mills’ decision-making has faltered when opposing defenses impact the pocket. Mills owns an abysmal passer rating of 52.7 when under pressure, according to Pro Football Focus. Mills has a grade of 74.2 in clean pockets for comparative purposes. Mills’ inability to consistently navigate pressure is one of his downfalls.

Houston’s offense ranks sixth from the bottom in passing yards per contest (188.6). They feature the league’s 29th-ranked scoring offense through eight weeks (16.6 points per game). A legitimate makeover is required. Rookie running back Dameon Pierce is easily the focal point of Houston’s offense. Pierce remains a notable offensive piece worth building around.

The disappointing Texans remain in rebuild mode. The impending offseason will be a critical one that determines the future direction of Houston’s franchise. Caserio is under pressure. His plan will almost certainly include a rookie quarterback.