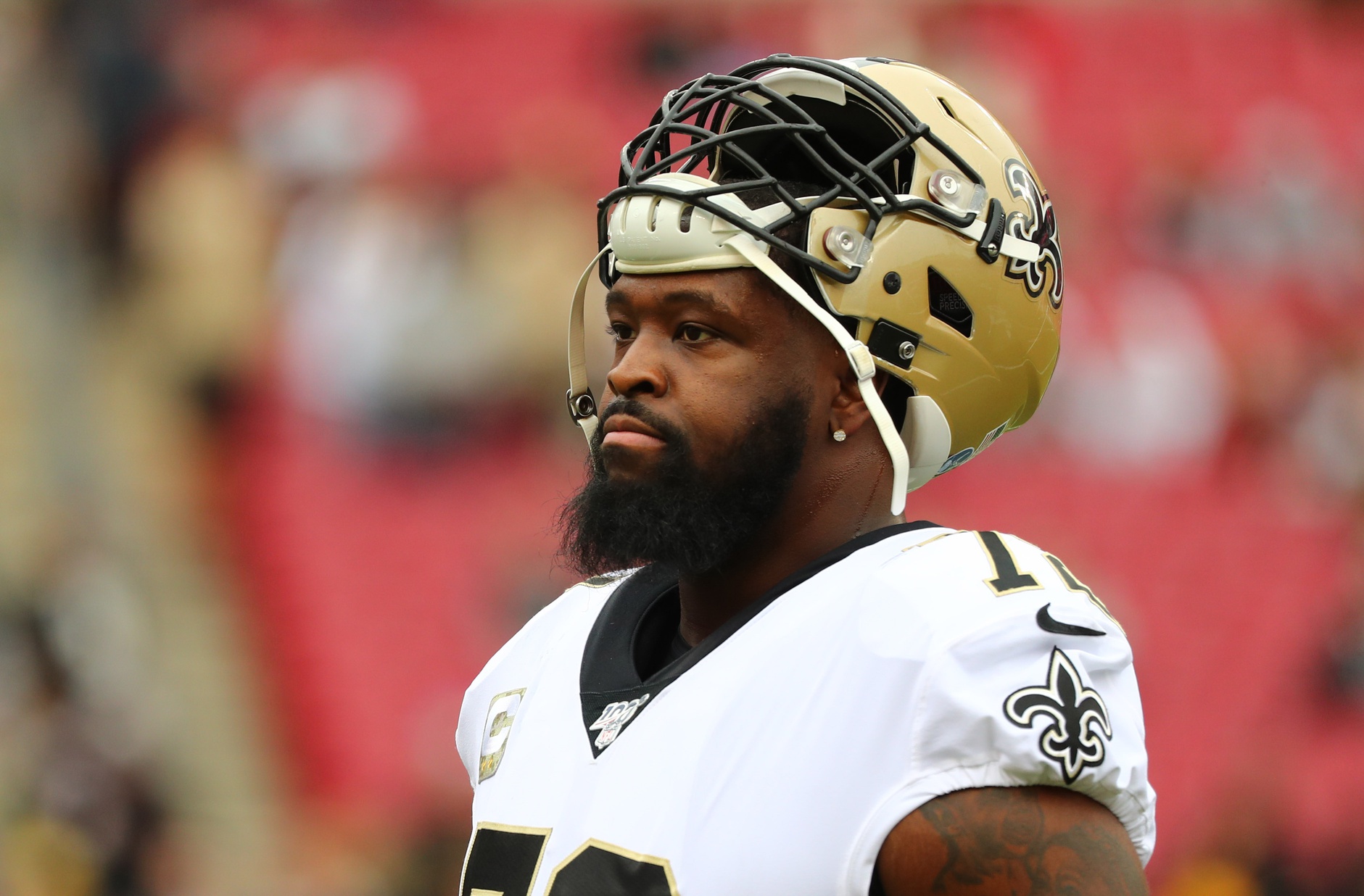 Every NFL franchise desires a strong blindside protector that can serve as the cornerstone to the protection of their franchise quarterback. Teams that lack a high-end starting left tackle are constantly in search of one via the draft. It’s partially why offensive tackles are typically one of three positions that get drafted No. 1 overall annually.

New Orleans’ Terron Armstead is one of the more effective and efficient starting left tackles in the NFL. Players of Armstead’s quality rarely reach free agency, but the situation between him and the Saints appears headed in that direction.

The Saints entered the offseason significantly above the 2022 salary cap and Armstead possesses the type of talent that demands north of $20 million annually on a long-term contract with a boatload of guaranteed money attached to it. The Saints can’t possibly afford to re-sign Armstead given their unfortunate cap-related situation, and it appears as if Armstead will play for a new franchise in 2022. The 30-year-old Armstead has suited up for the Saints throughout his entire nine-year career thus far, but a uniform swap appears on the way.

It’s been reported that last year’s starting left tackle Eric Fisher is set to depart the franchise in free agency after the two sides failed to reach an agreement on his value. Fisher performed rather admirably for the Colts this past season given that he was returning from a devastating torn Achilles injury suffered in January of 2021 in an AFC Championship Game appearance as a member of the Kansas City Chiefs. Fisher’s impending departure creates a sizable hole for the Colts at left tackle.

Luckily the Colts not only possess the financial resources to adequately replace Fisher, but they can afford to actually upgrade the position. Wednesday’s shocking trade that sent incumbent quarterback Carson Wentz to the Washington Commanders created a boatload of additional cap space for a franchise that was already in good standing against the cap. The Commanders dumbfoundedly agreed to inherit the entirety of Wentz’s bloated remaining contract, and the Colts now possess a league-leading $69.3 million in cap space.

Some of that should be eaten up by a new starting signal-caller, but general manager Chris Ballard has more than enough financial freedom to make an additional splash. Armstead would pair up with annual Pro-Bowl left guard Quenton Nelson to form the best left side in all of football.

The Dolphins have attempted to fix their persistent offensive line woes via the draft in recent seasons to no avail. The likes of Liam Eichenberg and Austin Jackson have yet to take the desired steps forward. Eichenberg and Jackson have especially struggled in pass protection. Middle Tennessee State’s Robert Jones has yet to earn a starting job. Robert Hunt currently spearheads a group that desperately requires more veteran leadership (better play wouldn’t hurt, either).

The upcoming campaign is a crucial one for quarterback Tua Tagovailoa. The Dolphins seemingly flirted with trading for Deshaun Watson, but the departure of Brian Flores has allegedly killed that dream. General manager Chris Grier must invest in several upgrades around Tagovailoa in order to give him a chance to achieve the desired success. New head coach Mike McDaniel understands the importance of protecting your quarterback and running the ball effectively. The Dolphins did neither of those things at a high level in 2021.

McDaniel spent the previous two campaigns coaching Trent Williams in San Francisco, otherwise known as the best left tackle in football. McDaniel would appreciate the opportunity to receive similar production from the position in Miami, and Armstead is one of few blockers capable of matching that efficiency. The Dolphins possess nearly $50 million in cap space and should identify Armstead as a priority.

The Bengals reached Super Bowl LVI despite receiving some truly horrendous offensive line play throughout the entire course of the campaign. Starting franchise quarterback Joe Burrow was sacked an astounding 51 times in 16 regular-season contests and suffered an additional 19 sacks in four playoff games, including nine quarterback takedowns in a divisional round win over the Tennessee Titans and seven more sacks against the Los Angeles Rams in the Super Bowl. Burrow has already suffered one season-ending knee injury due to a lack of adequate protection in front of him, and the Bengals would be wise to better address their concerning offensive line this offseason than they did a year ago.

The drafting of Ja’Marr Chase was a wise decision, but it forced general manager Duke Tobin to largely ignore the tackle positions. The Bengals now enter the offseason with more than $35 million in cap space and a potential contract extension for the recently-franchise-tagged Jessie Bates III would create more immediate freedom.

With the majority of their star players under contract, Tobin can afford to shift his attention to upgrading the offensive line. Landing Armstead via free agency would signal Cincinnati’s intentions to return to the Super Bowl next season. 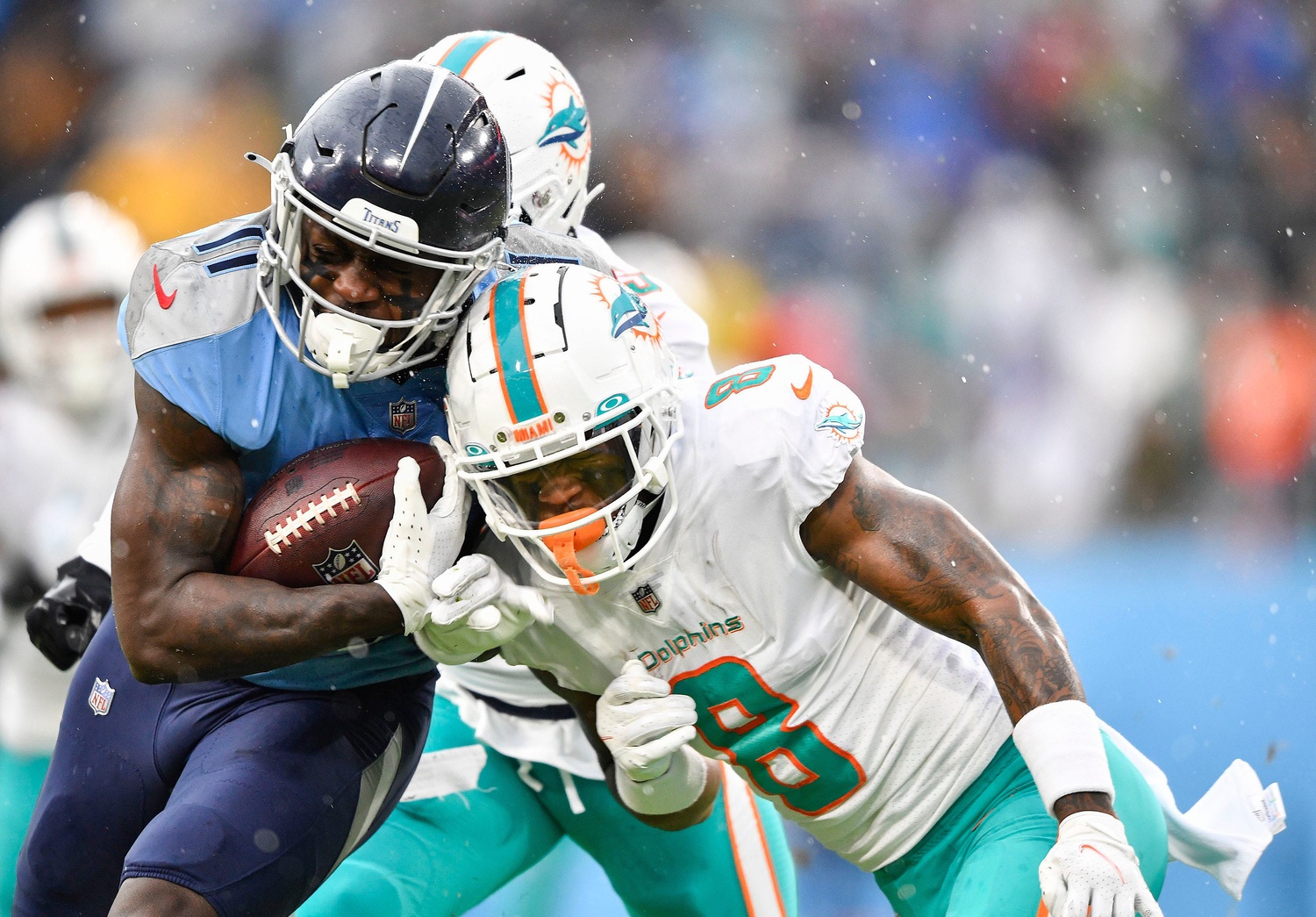 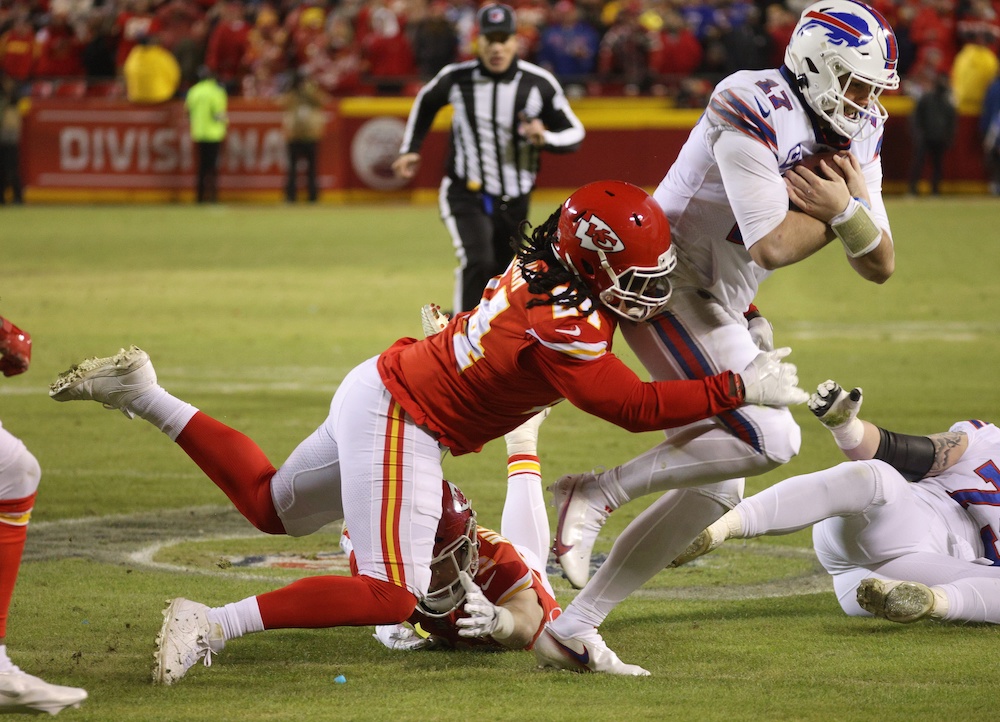