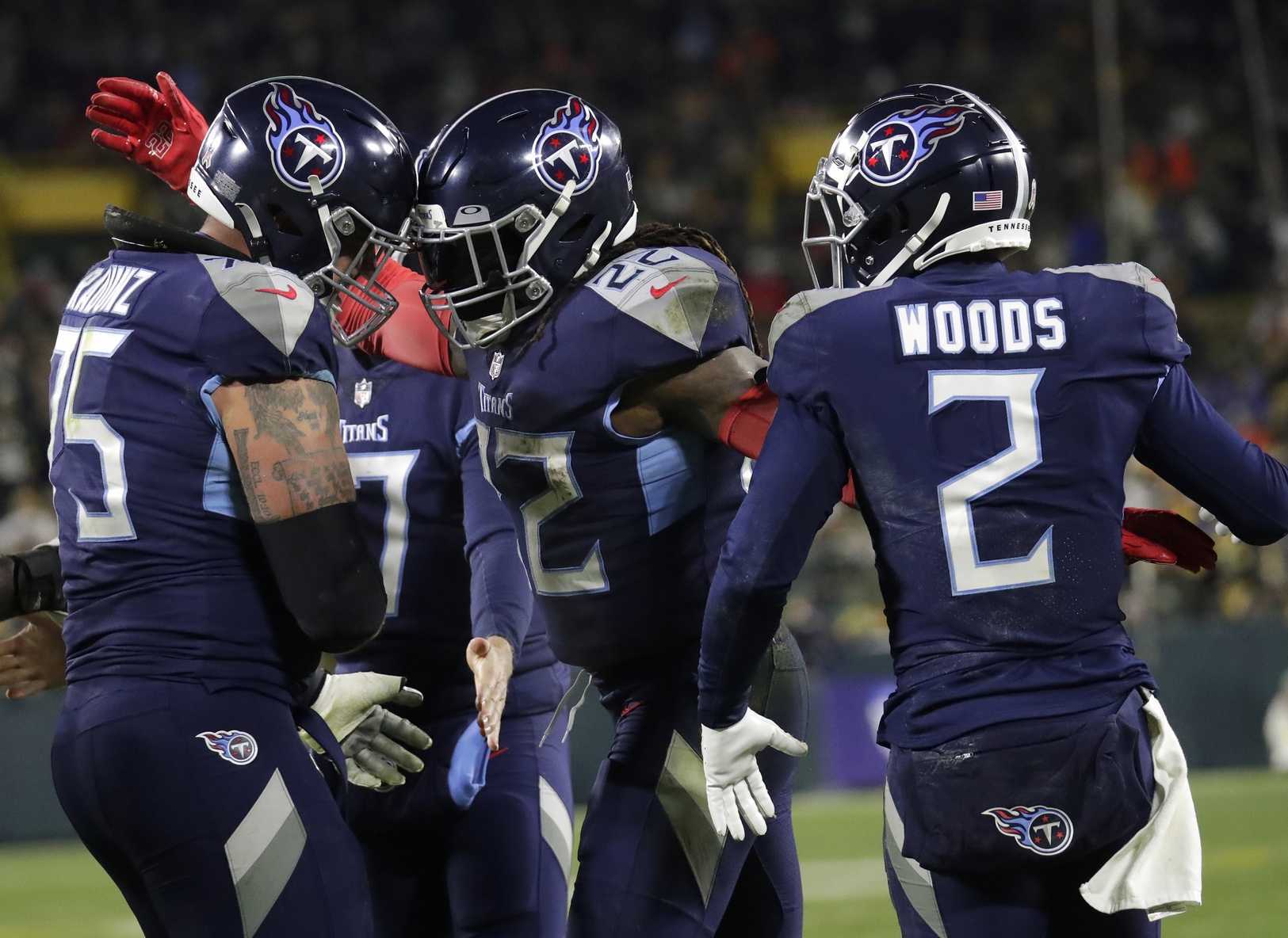 The Tennessee Titans improved to 7-3 following Thursday’s comfortable 27-17 road victory over the Green Bay Packers at Lambeau Field. Mike Vrabel’s Titans have claimed six of their last seven contests. Should the Titans be viewed as legitimate Super Bowl LVII contenders?

The Titans are currently the No. 3 seed in the AFC’s playoff picture. They’re comfortably winning the AFC South for a third consecutive campaign and should host at least one playoff game. Had starting quarterback Ryan Tannehill played in their 20-17 Week 9 overtime defeat to the Kansas City Chiefs, there’s an excellent chance the Titans would be on a seven-game winning streak as the conference’s No. 1 seed. The Titans nearly claimed a hard-fought victory over those Chiefs despite being forced to start a raw and inexperienced Malik Willis at quarterback.

The Titans possess a Super Bowl-caliber defense. Following Thursday’s victory over the Packers, Vrabel and underrated defensive coordinator Shane Bowen are overseeing a fierce defense that ranks seventh across the league in points allowed (18.5/game), and that figure is still negatively skewed by an uncharacteristic Week 2 blowout defeat in by the Buffalo Bills. The Titans haven’t allowed an opponent to score more than 22 points since a players-only meeting took place following the Bills debacle.

The Titans held opponents to 10 points on three occasions. Patrick Mahomes and the Chiefs managed just 20 points despite playing five quarters against a backup quarterback and running 100-plus offensive plays. Despite a plethora of injuries, the Titans have three defenders with 5.5 or more sacks (Denico Autry 7.0, Jeffery Simmons 6.5, Rashad Weaver 5.5).

There’s essentially no point attempting to run the football against these Titans. They’re currently the No. 1-ranked run defense, allowing a stingy 82.2 rushing yards per contest. The Packers managed 56 rushing yards on Thursday despite rostering a high-end, one-two backfield punch. The Broncos ran for 65 the week before, and the Chiefs were held to 77 yards, with Mahomes earning the majority of those via scrambles on off-script plays.

Offensively, Derrick Henry remains the league’s elite ball-carrier. Henry currently leads the league in rushing, having already surpassed 1,000 yards (1,010) this season. The Titans will remain a run-heavy offense with Henry at the focal point of what they set out to achieve offensively. Until recently, Tennessee’s offense possessed a clear Achilles heel.

Tennessee’s passing offense ultimately holds the key to their postseason aspirations. A bad taste remains following last season’s home playoff failure, a stunning 19-16 defeat to the Cincinnati Bengals despite sacking quarterback Joe Burrow on a playoff-record nine occasions. Tennessee’s offense wasted a stellar defensive performance, and this year’s iteration is at risk of repeating the same.

The Titans are averaging 165.4 passing yards per contest. They’re the 29th-ranked unit in that department. It’s difficult to win a Super Bowl in today’s pass-happy league with such pedestrian numbers. And although the numbers are negatively impacted by two Willis’ starts, starting quarterback Tannehill is averaging just 210.65 passing yards through eight regular-season appearances.

But perhaps the Titans have figured something out through the air. Tannehill was excellent against the Packers on Thursday, surpassing 300 yards for the first time this season. Tannehill completed 22-of-27 passing attempts for 333 yards, two touchdowns, and one interception. The Titans showcased an almost unrecognizable vertical, aggressive passing attack. Tannehill completed 81.5% of his passing attempts and averaged a season-high 12.3 yards per attempt. It occurred against an underrated Packers secondary that even after the Titans picked them apart both underneath and deep, still owns the league’s fourth-best passing defense (192.5/game).

Robert Woods was his sneaky-good self, totaling six receptions for 69 yards. Nick Westbrook-Ikhine recorded five receptions for 119 yards and two touchdowns against the Broncos mere days ago. It means the Titans have seen receivers record 100-yard outputs in back-to-back contests for the first time this season. Tannehill and the Titans’ aerial attack found success against a No. 1 ranked Broncos pass defense that’s allowing 174.4 passing yards per contest. Tannehill accumulated 255 yards and two touchdowns against the Broncos. You can see an emerging theme beginning to develop.

The Bills and Chiefs remain favorites to represent the AFC in Super Bowl LVII. The Titans went 0-2 against them this season, but have proven their ability to defeat both squads in recent meetings, however. Vrabel’s never-say-never team enjoyed an excellent overall showing at Arrowhead this season and is coming off a statement victory at Lambeau. A rematch against the Bengals is on deck and provides the Titans with an opportunity to exercise last season’s demon.

If the Titans have legitimately unlocked passing-game success, they’re going to be extremely difficult to beat in January, and potentially February. If their recent passing-game success proves to be an outlier, more postseason disappointment may be on the way. They control their destiny.