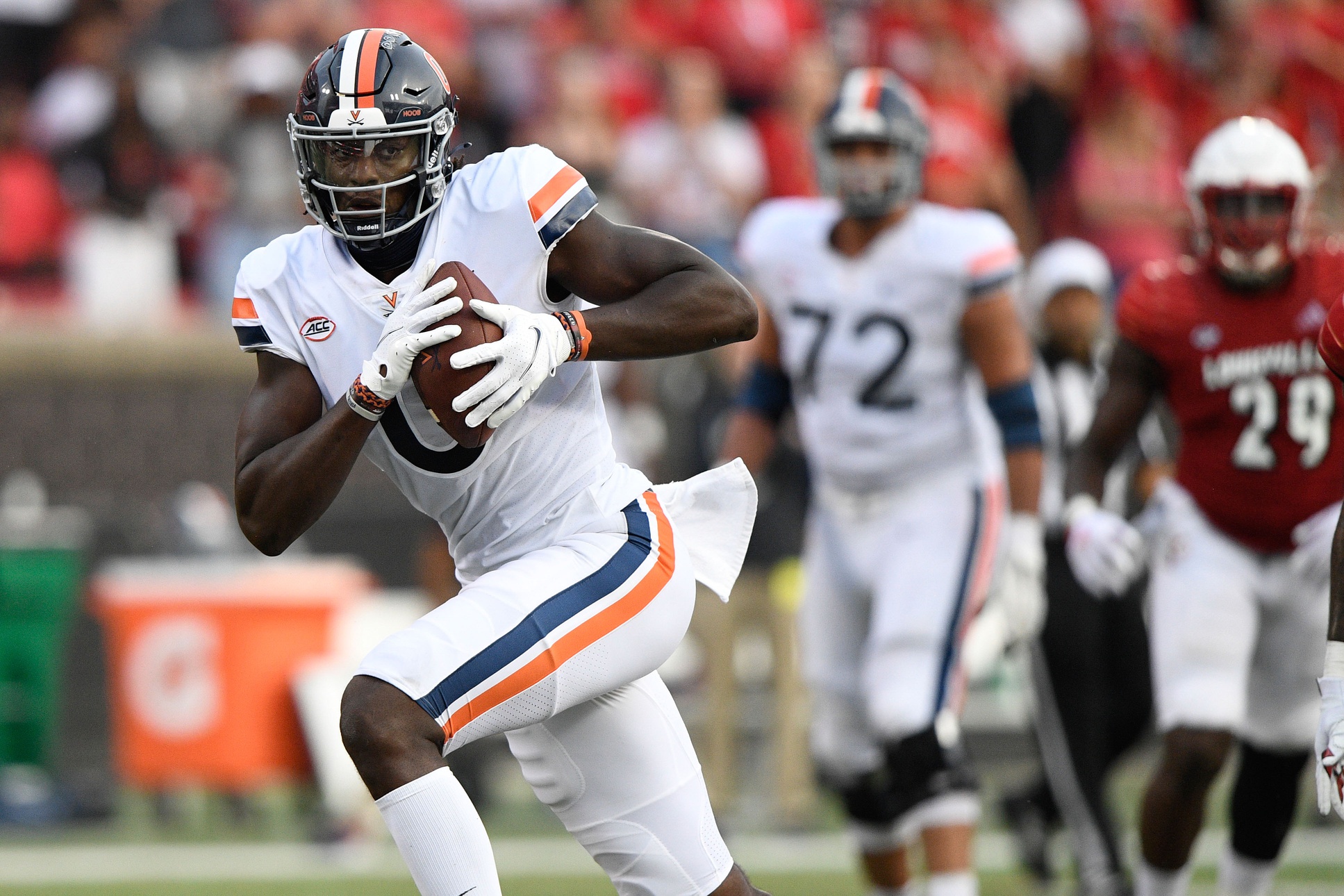 Holy Moses can Chig Okonkwo pick ‘em up and put ‘em down. Although he mentioned on Wednesday that he was looking to run in the “4.3s,” 4.52 will more than play. While his exact role is at the next level remains to be seen, offensive coordinators will be more than happy to deploy Okonkwo as a mismatch over slower linebackers and smaller safeties. The former Terrapin’s stock has a jetpack attached to it heading into Maryland’s pro day on March 30.

At 6-foot-7 and 259 pounds, after winning the early portion of the afternoon with 24 reps of 225 pounds on the bench, Jelani Woods blazed a 4.61 40-yard dash. Let me repeat that he’s 6-foot-7 and nearly 260 pounds. A massive human being that’s comparable to a small townhome, after a dominant showing in Las Vegas at the East-West Shrine Bowl, Woods was outstanding throughout the session showcasing fluid feet, sure hands, and a high level of predictability in a pass-happy NFL.

TE1 on my board, Greg Dulcich’s top time of 4.70 certified his mark as the top flex talent in the class. An explosive athlete whose 10-yard split looked to be one of the quickest in the tight end group, he was expectedly powerful on the sled and oily as a route-runner in drills with gliding speed and an excellent knack for high-pointing the football.

It was a tough day in Indianapolis for the Wisconsin tight end on several levels. Of the 10 tight ends that participated in the bench press, Jake Ferguson had the worst session, completing 15 reps of the 225-pound bar. His afternoon didn’t get any better as it continued, with a 40-yard dash time of 4.77 seconds, making him the fifth-slowest tight end that decided to run.

After deciding not to participate in the bench press earlier Thursday, Curtis Hodges didn’t have a strong showing at Lucas Oil Stadium. His 40-yard dash time—4.83 seconds—was the slowest of the 12 tight ends who ran. To make matters worse, he did not put in a good rep blocking the one-man sled either.

Cole Turner had a tough day from beginning to end. His 17 bench press reps were the third-lowest of the 10 tight end participants. He did not get a lot of good movement, and when he ran the gauntlet drill, he caught far too many balls with his body rather than with his hands. His 40-yard dash times were around 4.75 seconds, which was fine. He wasn’t fast enough to overcome the poor results in other drills, and his speed certainly didn’t do anything to set him apart from the other tight ends.