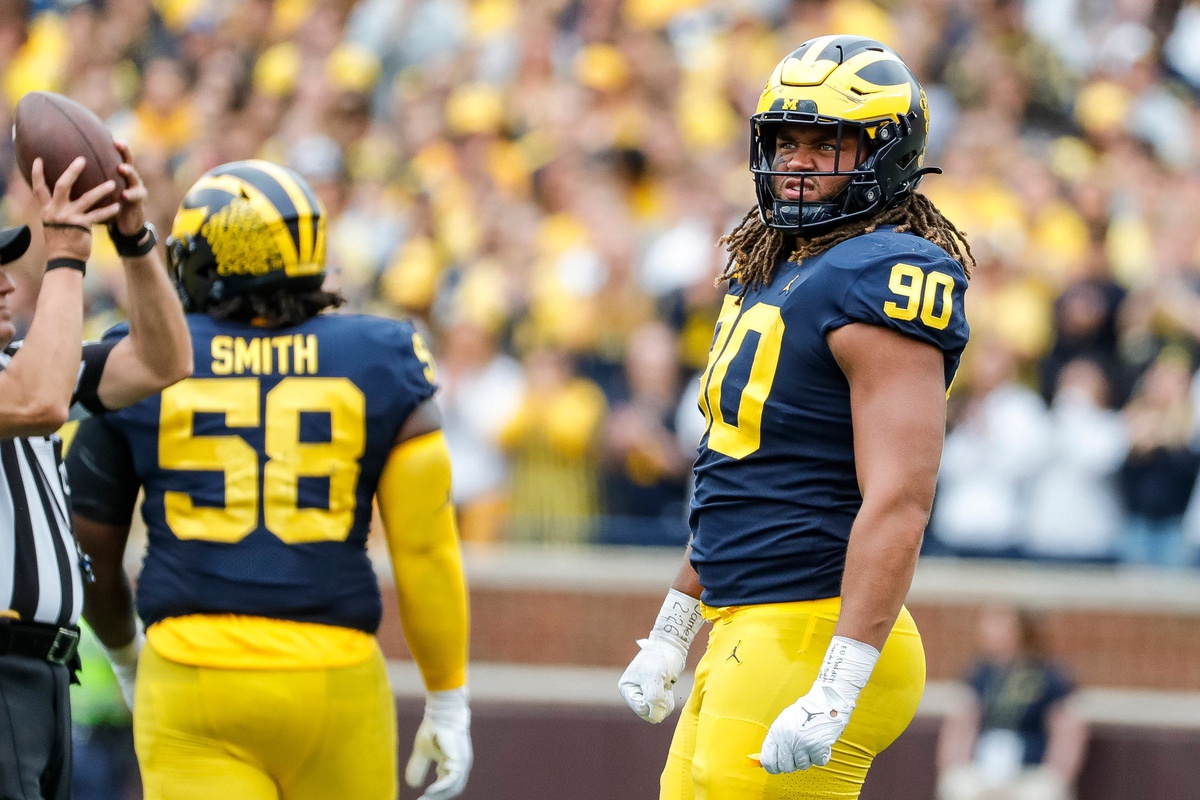 As painful as it is to say, there’s not much college football left to be played in 2022. There is just one more full slate of regular season games, championship weekend, and then bowl season. With that said, for most NFL draft prospects, there are only a few more chances to add to their film resume.

When considering the prospects with the best chances of landing in the TDN100 rankings for our next update, my mind goes to prospects that just haven’t received enough attention from our staff as we collectively work to stay on top of the entire country. The TDN100 list is the average rank from all five members of our scouting staff and the amount of exposure to each prospect varies among the group. As that levels out as we conduct final film assessments and cross-checks, I can see these five prospects moving up the board:

As the member of the scouting department responsible for Ohio State, I probably haven’t done a good enough job of informing my colleagues about the quality play from Luke Wypler. Wypler came into 2022 after his first season as a starter in 2021, when he performed admirably, but the key to inspiring buy-in was expanding the sample size of quality play beyond a single season. That’s exactly what he’s done. In fact, Wypler took a step forward this season and is an outstanding pass blocker with good range.

I’ll make sure the rest of the group is aware of the success Wypler is having this season and make sure he’s on their radar for the next NFL draft rankings update. With big games for the Buckeyes on the horizon against Michigan and potentially the Big Ten Championship and College Football Playoff, there will be some great opportunities for everyone to get eyes on him in high-stakes games.

Mike Morris has emerged for the Michigan defense in a big way in 2022 and is positioned well to join the TDN100 in our next update. After a modest campaign in 2021, it’s just a matter of our staff gaining enough exposures and clarity on his skill set.

As stated in the analysis for Wypler, Michigan and Morris have the chance to take the spotlight on significant stages in the coming weeks and if he continues to play like he has this season, he will surely climb the board. Morris wasn’t far off from making the November update and he’ll get the attention necessary in the coming weeks to earn a spot. Morris offers an appealing blend of size, power, athleticism, versatility, and playmaking ability against top competition.

Whether in his first two seasons at South Carolina or the last two seasons at Florida State, Jammie Robinson has played a lot of football over the last four years but has never played better than he is now. An instinctive and physical defender, Robinson is a sure tackler with an impressive downhill trigger.

The Seminoles have him split time between deep alignments, in the box and slot where he’s proven to be a fully capable defender in coverage. Robinson offers a versatile and balanced skill set that I believe the staff will value in the top 100 as everyone gets the chance to study his game.

If I know our staff, we love to bet on traits and Jones offers them in waves. A prototype in terms of size, length, and athleticism, Jones has every desirable physical attribute to be a quality NFL starter. And while he hasn’t necessarily fulfilled the promise of his high-profile recruiting status at Texas A&M, he’s proven to be a quality starter that has given up next to nothing in coverage this season.

Corners with the physical profile of Jones get drafted in the earlier rounds and I can see enough of our staff buying into Jones’ potential for him to land among the TDN100 in our next NFL draft rankings update.

Since transferring to Auburn from Northwestern, Eku Leota has taken off as an impact pass-rusher and disruptive run defender. That said, I fear he is overlooked a bit right now for a couple of reasons.

First, he’s on an under-achieving Auburn team that has significant NFL talent on the defensive side of the football, especially on the defensive line. Secondly, his season ended after just over four games so he’s a bit out of sight and out of mind. But in the games he did play this season, Leota was off to a blazing start and appeared primed to build off his strong 2021 campaign that saw him produce 10 tackles for loss to go with seven sacks.

The blend of length, athleticism, and flexibility that Leota offers is strong and once the dust settles and we visit his early-season film, Leota could easily crack the TDN100 in our next NFL draft rankings update.

What did you think of the November edition of TDN’s top-100 NFL draft rankings? Let us know what you think on Twitter and Instagram. and stay tuned next month for the next edition of the TDN100 NFL Draft rankings.