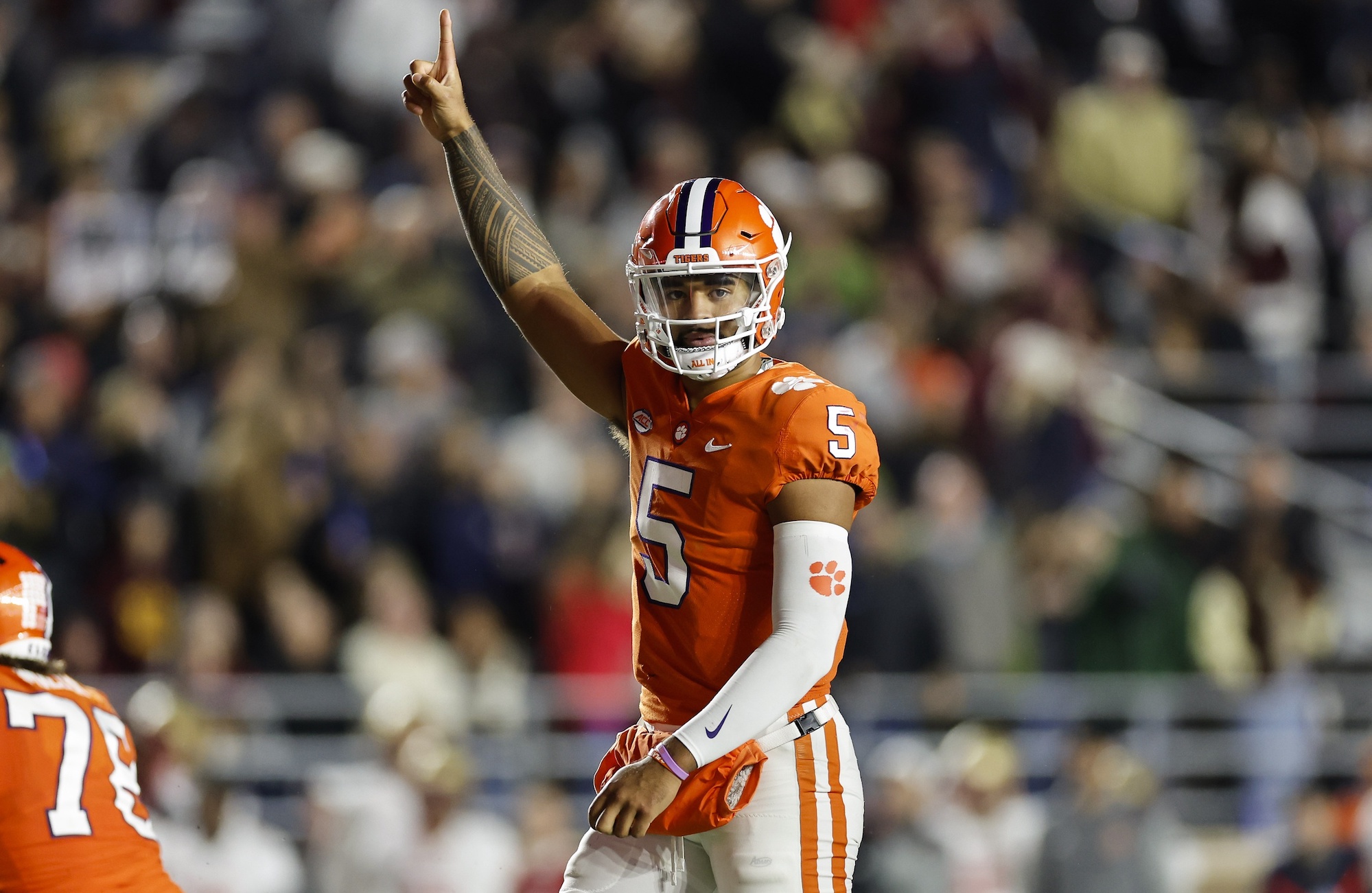 The college football season is flying by and NFL draft season is getting closer. Games are becoming more entertaining and tougher with conference play in full effect. Here at Draft Network, we dropped our initial TDN100 back in August. This week our scouts updated and released a new set of rankings for the latest TDN100.

Like all rankings, there will be players some believe are too high, too low, and not present altogether that should’ve made the list. After reviewing the 2023 NFL Draft rankings, I found five players I believe could rise into the next TDN100 update in November.

Everyone knows that I have hyped one of Michigan’s sticky cover corners, D.J. Turner, and rightfully so. He is not the only cornerback on the team worthy of praise. Gemon Green has posted incredible coverage stats through seven games this season. He has allowed 11 catches on 27 targets, 40% completion with one touchdown. His height and length show up when competing with wide receivers at the catch point.

Opposing offenses have scaled back on testing Green in coverage over the past few weeks. Now, not only does he check the physical boxes, but he is playing as one of the best cornerbacks in football.

Ohio State always seems to have an under-the-radar tight end prospect that catches our attention later in the NFL draft process. This year, it is Cade Stover.

The 6-foot-5, 255-pound tight end has the size and build for the position. His physicality carries over from playing on the defensive side of the ball—he played defensive end and linebacker before making the full-time switch to tight end. Stover is also a good athlete. Getting more opportunities in the passing game will allow him to showcase his growing skill set.

D.J. Uiagalelei is having one of the quietest and more efficient seasons at the quarterback position of anyone in the country. “Big Cinco” has returned, and Clemson’s average offense is benefiting from it. Uiagalelei is playing with immense confidence in himself and his weapons. He has a 17:2 touchdown-to-interception ratio and has revived the Tigers’ deep passing attack and added more to their rushing attack.

He is a much better player than he was in 2021 after losing nearly 40 pounds and reworking his throwing mechanics. Uiagalelei deserves more recognition and praise ahead of the 2023 NFL Draft for his performances, considering his circumstances.

This young man went from a sleeper prospect at the OT position to one with legitimate buzz. Olumuyiwa Fashanu has pitched a shutout and no-hitter so far this season. He has not given up a single sack with only six hurries and pressures. His performances versus the Auburn defensive front and their top edge rusher, Derick Hall, were phenomenal.

Add in the performance versus the versatile front for Michigan last week and you will appreciate his game. If Fashanu can close the final six regular season games with a minimal dip in his play and continue his no-sack streak, it will be difficult to argue against him being among our top 100 NFL draft prospects!

In the four games Jaylon Jones has played in, including Alabama, he has allowed four catches on seven targets for 44 yards. For a bigger/taller corner, he plays with good patience in press alignment using the bump-and-run technique. He is sticky in coverage and remains in phase with his wide receivers.

Opposing quarterbacks are clearly aware of his coverage prowess as they steer clear of him when he is on the field. If he can remain healthy and continue his high-level play, his case for the next TDN100 will be a strong one.