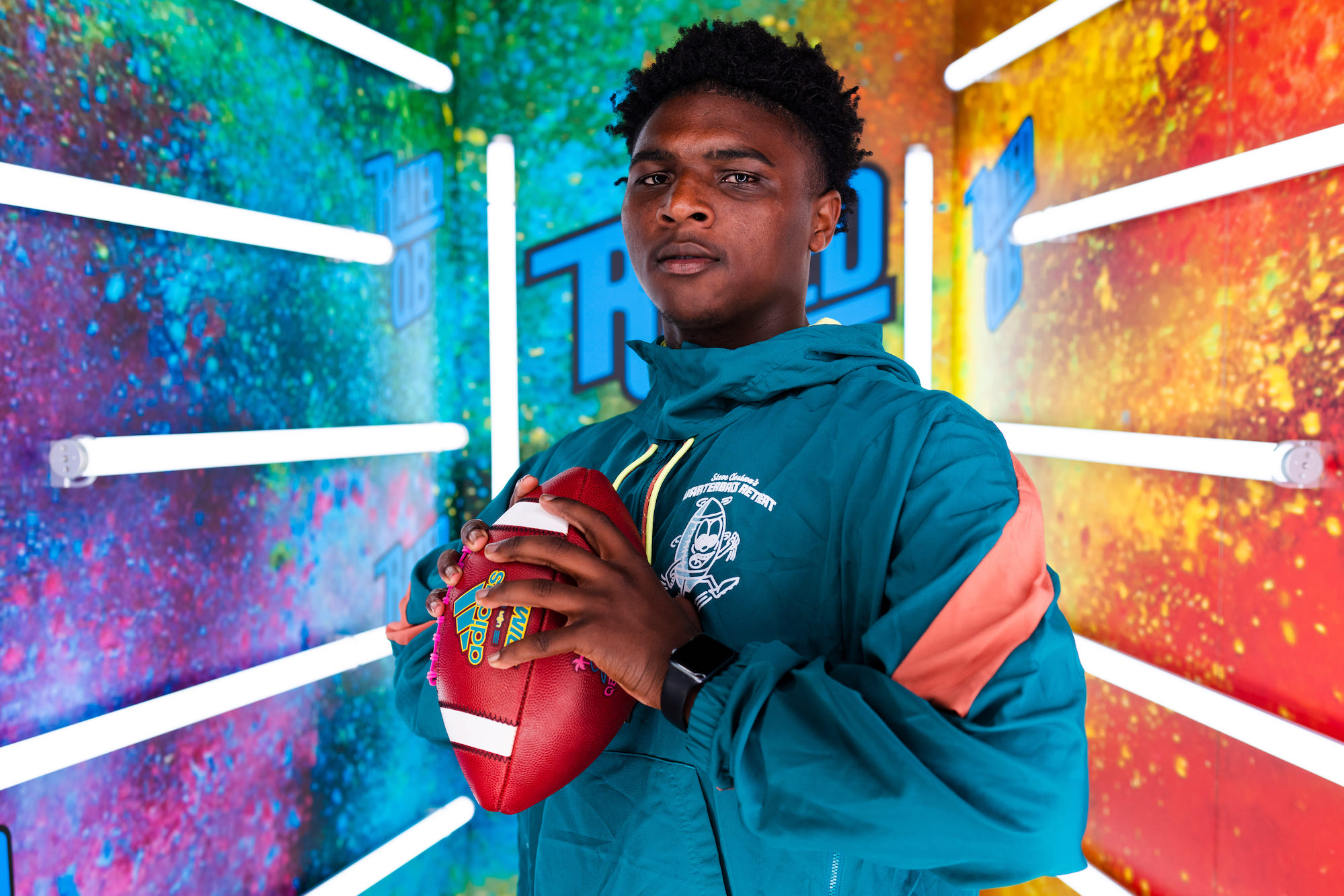 5 Players Who Could Make Next TDN100

Unless you live under a rock, then you know that we released the first edition of the TDN100 for this upcoming 2023 NFL Draft class. Throughout the course of the summer, myself and the rest of the scouting staff have been at work grinding the tape and watching more than 400 prospects to get ready for the start of the college football season. We each were assigned our own schools to grade initially and then as a group we watched the top prospects for cross-check grades. We then were tasked to each build out our own individual top-100 big board’s so we could average them out and create the TDN100–the consensus big board of our staff.

With it being so early in the process, it’s important to understand that these grades and rankings are highly fluid. Over the course of the early parts of the season, we will continuously be watching players and updating these rankings accordingly. We may watch a player who we studied this summer play early this fall and he may show us something we didn’t see over summer, thus causing him to move up the board. Or, a player who has intriguing physical tools but a lack of playing time may impress on tape early in the season, proving to us that he is more than just an athletic specimen but a good overall football player.

These are the types of situations that will move us to add players to the TDN100 and there is zero doubt in my mind that by the time we release our next edition, we will have added at least five players. Let’s look at five players who could very well make the next TDN100.

Perhaps no player in the country has as much upward mobility in terms of raising their stock as Oregon linebacker Justin Flowe. Flowe is a former five-star linebacker who was one of the best players in his class coming out of high school. Unfortunately for Flowe, injuries have derailed his once-promising career and have only allowed him to play just five quarters of total football.

During those five quarters of football, Flowe was very productive, racking up 14 total tackles and a forced fumble in one game alone. Flowe is a very good athlete with outstanding size and burst. Should Flowe stay healthy and have a few strong games to start the season, specifically against Georgia in Week 1, expect him to fly up the boards and secure a spot in our TDN100.

In what’s expected to be a strong quarterback class, Washington State’s Cameron Ward is one of the most exciting prospects at the position. Ward transferred to Washington State this past offseason after a stellar two seasons at Incarnate Word. He is an outstanding athlete with good size and borderline-special arm talent.

The ball jumps out of his hand and comes out with velocity and zip. He flashes an ability to throw the football from any platform and change his arm slot to avoid ensuing rushers. His natural athleticism and instincts as a passer are eerily similar to how Patrick Mahomes looked at Texas Tech.

The jump from FCS to the Pac-12 is massive and should Ward continue his success at WSU, then he certainly is a candidate to move up in a big way. His athleticism and upside as a passer of the football are tantalizing and he should be a player every NFL draft aficionado pays attention to early in the season.

Isaiah McGuire just barely missed this TDN100 and received a vote as high as No. 70 for one of our scouts. He is an athletic edge defender who offers good length and flexibility. McGuire comes off the ball hard and plays a physical brand of football that is relentless from the snap to the whistle.

McGuire is coming off a breakout season where he notched six sacks, seven tackles for loss, and 34 tackles. This production in the SEC is quite impressive and his physical attributes are more than sufficient.

We as a scouting team just need to see McGuire add some play strength at the point of attack as he has some occasions of giving up ground in the run game. If he can do that while also showing consistency as a pass rusher, expect McGuire to earn his way into the TDN100.

Last year, many were expecting Jahleel Billingsley to be the breakout tight end for the Crimson Tide offense, but it was converted edge rusher Cameron Latu who asserted himself as TE1 for Alabama.

Latu is a very good athlete with excellent size overall. He is a good route-runner who flashes an ability to win with leverage and head/body fakes. He has outstanding hands and is excellent in the red zone, setting the Alabama record for touchdowns by a tight end (8). Latu just needs more consistency and reps before we are ready to go all in. He is just a one-year starter and is still rough around the edges—especially with his blocking technique. Should he continue to improve and play well this year, he will move up our rankings.

I’ll be honest, I was a little surprised to not see Jack Campbell on our TDN100. Campbell is a well-known name in the scouting community as he almost entered the NFL draft last season but decided to return to Iowa for his senior season.

Campbell is a well-built linebacker with very good size and movement skills. He flashes very good instincts and is always around the football. He is an outstanding tackler and has good ability to strike and get off blocks. Campbell just needs to continue to show improvement as a coverage defender and I believe he will work his way into the TDN100.