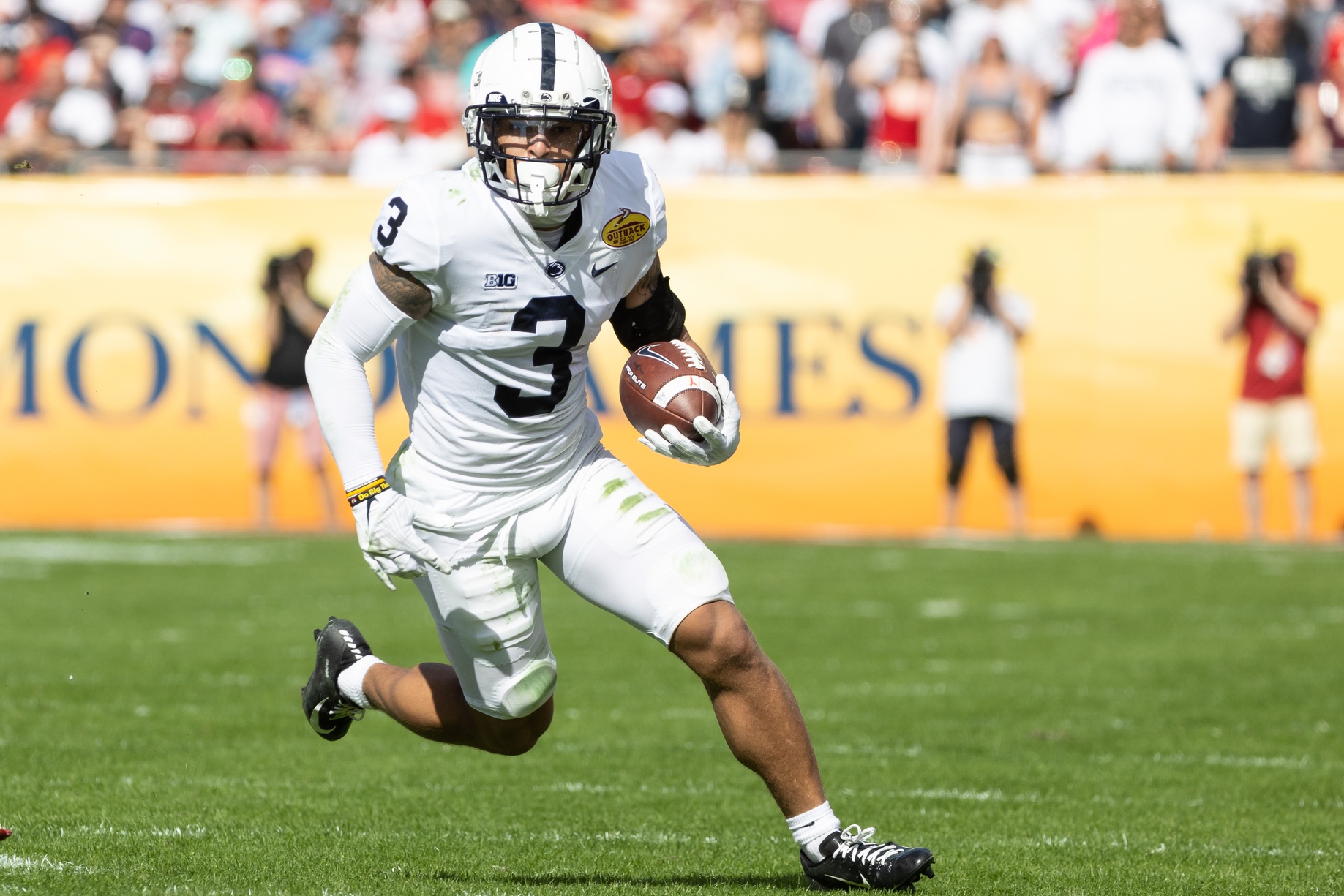 5 Players Who Should Be In Next TDN100 NFL Draft Rankings

If you have followed The Draft Network this season, you know about our monthly top-100 NFL draft player rankings, the TDN100. As more information comes in and games are played, our scouting staff submits ballots of their top 100 prospects. I was tasked with identifying five potential 2023 NFL Draft prospects that have a chance to rise into next month’s TDN100 update. Here is my list of potential risers.

Trice is one of the best and lesser-discussed edge defenders in college football. This is more than likely a result of playing in the Pac-12. If Trice does not return to school by the next update, I foresee him climbing into the TDN100.

Trice had one of the better seasons for edge rushers in the nation. He had 44 pressures, 15 QB hits, and eight sacks. Trice has the height, weight, and athleticism that NFL draft scouts value at a high level.

Princeton’s star wide receiver and Senior Bowl accepter, Iosivas is an athletically-gifted player. I believe he will be the 2023 NFL Draft’s version of Christian Watson. They are similar in both size and track speed.

Iosivas is an explosive and versatile playmaker. It does not matter how Princeton gets him the football, he is a threat to make a play at any time. As the hype builds and more eyes become locked on Iosivas, I believe his draft stock will rise and land him within our next TDN100.

Ekiyor Jr. had an underrated, yet successful season. He did not allow a sack or QB hit all year. His short-area quickness proves to be a noteworthy asset in both the run and pass games. He is one of the more reliable blockers in this class on the interior offensive line.

Ekiyor Jr. has the physical tools and demeanor teams will want on the interior of their offensive line. He is graded as a second-round draft pick and earned his way onto the list.

2022 did not go as expected for Washington. His production did not meet the pre-season hype—he put up a little more than 600 yards receiving. Washington is a dense and competitive slot receiver. Washington has the route-running and run-after-catch ability to be a difficult coverage assignment for defensive backs. He is a chain-mover that can keep his offense ahead of the chains.

His production may not wow anyone, but traits travel to the next level, not production.

Nacua is a fun and exciting wide receiver prospect. He blends a filled-in frame with big-play potential from anywhere on the field. At 6-foot-2 and 200 pounds, Nacua moves better than expected with more speed/juice also. He is a player you must get the ball to.

The impact is too valuable. In a wide receiver class that is more developmental than day-one starter laden, I believe he has a chance to stake his claim as a top-100 draft prospect.

What did you think of the December edition of TDN’s top-100 NFL draft rankings? Let us know what you think on Twitter and Instagram. and stay tuned next month for the next edition of the TDN100 NFL Draft rankings.