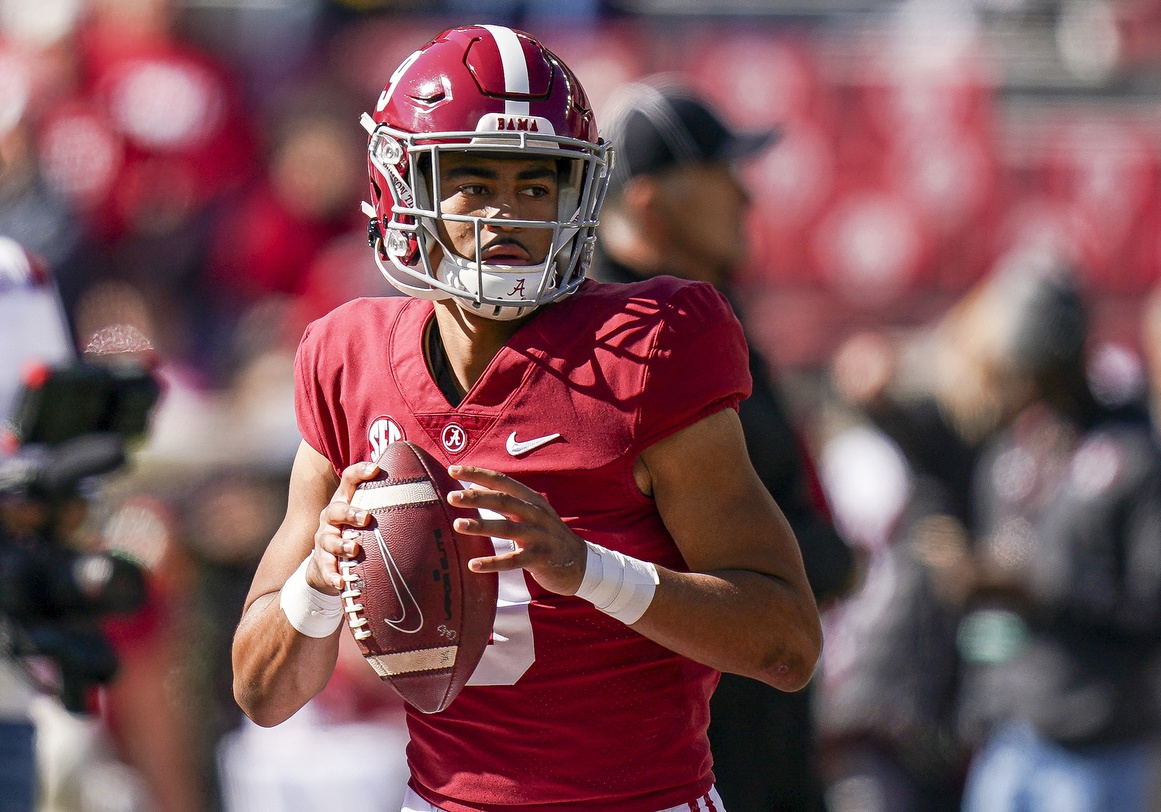 Here at The Draft Network, we’ve just wrapped up our summer scouting period. That means we’ve gone through nearly 400 player evaluations ahead of the college football season and the 2023 NFL Draft. This process culminates with every scout turning in their top-100 NFL draft rankings for the TDN100, a consensus ranking by our team of scouts.

While the TDN100 rankings are the official 2023 NFL Draft rankings of our company, I have my own personal rankings—some of which conflict with the consensus. Here are five players I believe are ranked too low on the TDN100.

I don’t want to be that guy, complaining about a player being in the top 15 being too low, but I have to be. Young is coming off of a year in which he won the Heisman Trophy, won the SEC Championship, and led his team to a National Championship game appearance.

The conversation around Young’s height being a concern in the NFL is a respectable concern and unfortunately for him, it will not go away. But lucky enough for Young we are in an era where offensive coordinators are adjusting to quarterbacks who don’t fit prototypical builds or styles. The NFL has adapted to quarterbacks who are smaller in stature and has seen successful play from guys like Kyler Murray and Russell Wilson who don’t fit the prototype height threshold for quarterbacks. Much like Murray and Wilson if you cut on the film, you will see that Young is a playmaker.

Young ran the gauntlet in the SEC playing against highly-talented defenses like Texas A&M, Florida, and Georgia’s all-time great defense (twice). I can’t help but think that if Young was a couple inches taller, he would be higher on this list. I’m excited to see how he follows up last year’s performance and keeps his name in the running for QB1.

Hodges-Tomlinson is another player who seems to fall under the adequate height requirements for his position, but he has some of the best film of all the corners in this NFL draft class. Hodges-Tomlinson is a quick-twitch, explosive player that can play press or off. Hodges-Tomlinson showed to be instinctual and made multiple plays on the football. Hodges-Tomlinson also has a thick, sturdy build—I believe he can kick inside to the nickel corner position and be a good defender against the run.

In a league where offenses are starting to value smaller, shiftier receivers more and more, there is a need for defensive backs with Hodges-Tomlinson’s versatility.

Going through Auburn’s defense. I came away really impressed with Wooden’s skill set. Wooden has prototypical size to be a defensive end in an odd front or a 3-tech in a 4-3 scheme. Wooden has good athleticism combined with strength and power, which makes him a problem for offensive linemen. Wooden plays in a conference that is known for their play in the trenches, so cut on any game and you can see flashes of him dominating NFL-caliber talent.

I think this will continue to be one of the more polarizing names through this 2023 NFL Draft process. Bigsby is in the mix of the best tier-two running backs in the draft, but there are varying viewpoints on his potential as a runner.

Bigsby statistically shows well against the lower-tier SEC teams and against the better teams, he puts up mediocre numbers. This leads to the question of whether or not Bigsby is a slightly above-average running back or if his offensive line is average and they simply get overpowered against better opponents. For me, I am going with the second option.

Bigsby has the athletic ability to be a productive back at the next level. In a better situation, he would be much more productive.

This ranking being disappointing is an understatement. Going back to last year, Hutchinson has been one of my favorite wide receiver prospects. Measuring in at 6-foot-2, Hutchinson has shown to be an explosive vertical threat and a smooth route-runner, giving him the opportunity to be a complete receiver on the next level. Hutchinson’s skill set translated to him making the First-Team All-Big-12 list last year.

Hutchinson is now currently placed in the back half of the TDN100 but I believe by the draft season, he should see his stock elevate and be slated as a top-50 prospect.

What did you think of the first version of the August edition of TDN’s top-100 NFL draft rankings? Let us know what you think on Twitter and Instagram. and stay tuned next month for the next edition of the TDN100.