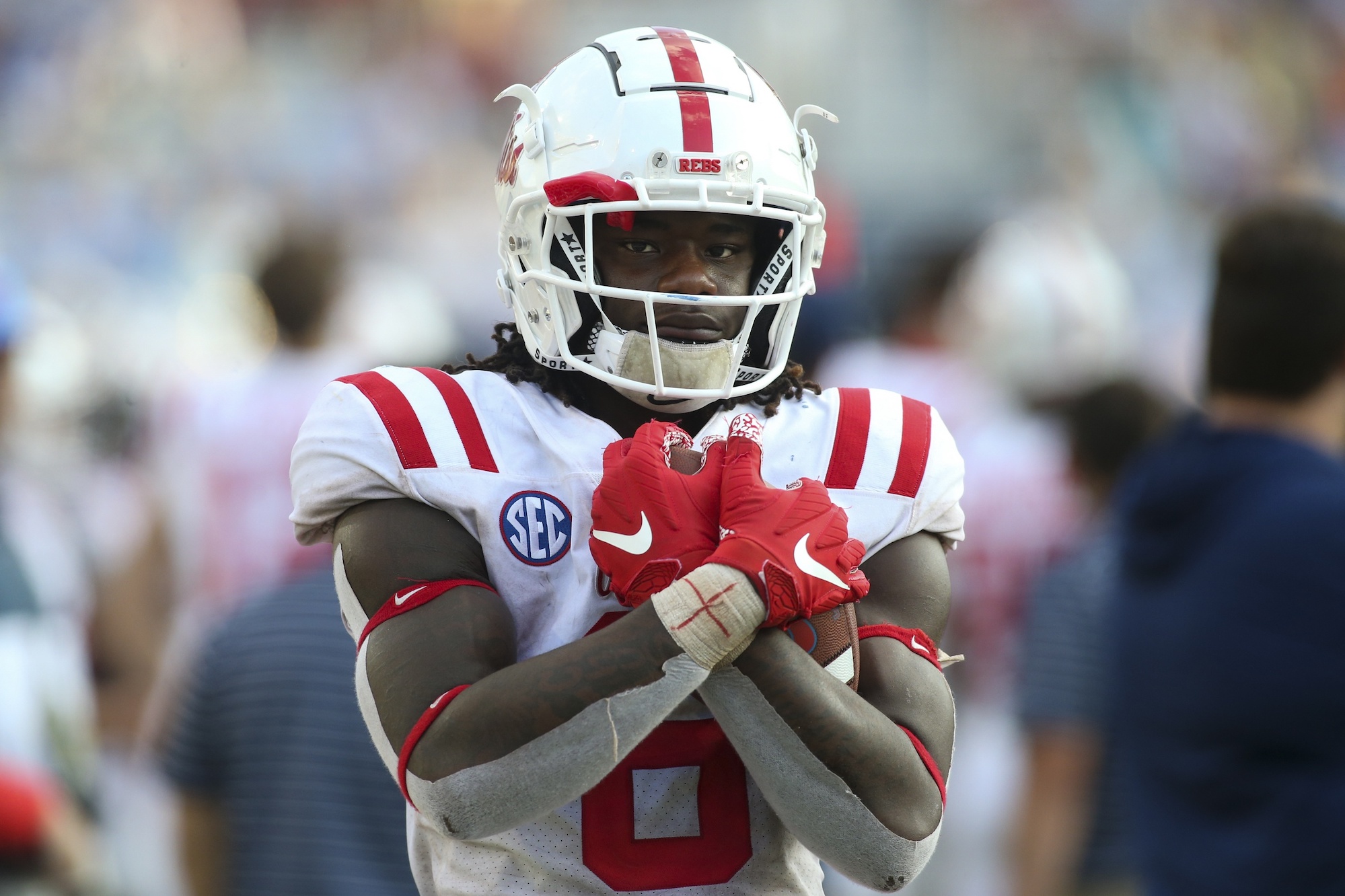 Here at The Draft Network, we dropped our initial TDN100 NFL draft rankings a month ago. Three weeks of college football are in the books and performances—good or bad—can adjust where players rank.

This week, our scouts updated and released the latest version of the TDN100. Like any set of rankings, there will be players some believe are too high and others too low. After reviewing the rankings, I found five players I believe should be higher on the consensus NFL draft list.

One of the better wide receivers in the SEC, Cedric Tillman is the No. 1 receiver for the Tennessee Volunteers’ offense. Unfortunately, the offensive concepts do not fully complement his skill set. There is no movement for Tillman—teams know he will be aligned on the right side of the offense. Despite those issues, Tillman has the frame and physicality it takes to win as a boundary wide receiver. His ability to attack the ball at its highest point and box out defenders is exciting. For a bigger-body receiver, he does a good job stemming his routes to create enough separation between him and the defender.

In an NFL draft class where the second tier of receivers is wide open, Tillman deserves a little more love. His game resembles Denver Broncos receiver Courtland Sutton. The preferences at the wide receiver position vary and alter every year, but it seems the NFL favors bigger-body receivers again—this bodes well for Tillman.

Christopher Smith is a versatile playmaker that aligns all over the Bulldogs’ defense. He sets the tone as a heavy and violent striking tackler in the run and pass game. He adds alignment flexibility and makes plays on the football when tested. His high football IQ shines and playmakers like Smith are needed!

I am a believer that he is one of the best safety prospects in this NFL draft class. In a full-time role, Smith is showcasing his coverage prowess and difference-making abilities in the back end of his defense. The NFL loves hybrid safeties that can play from depth, as a low-hole run defender, and in the nickel. Smith embodies that specific skill set with cornerback ball skills.

This running back class is one of the deeper classes that I can recall from a talent standpoint. Zach Evans is a talented runner with natural feel and vision. Evans has an NFL build and runs with toughness.

Evans fits the bill for a zone runner that offers between-the-tackles production as well. He has performed well in this Lane Kiffin offense and is sure to have ample opportunities as the season progresses to showcase his full skill set. From a production standpoint, Evans is currently ahead of a few backs that are ranked higher on this list through three games.

The NFL craves edge rushers that can effectively pressure the quarterback. After transferring to Florida State, Jared Verse has made a name for himself. Through three games, he has three sacks, six pressures, and even a blocked field goal.

Verse has played well up to this point, showcasing athleticism, strength, and a rush package. On national television in Week 1, he started his campaign to rise up the ranks. I believe he deserves to be ranked higher but I’m excited to see how his season progresses.

Mississippi State is known more for Mike Leach’s air raid offense but they have a cornerback that is worthy of praise. Emmanuel Forbes has played lock-down defense so far this season. He has allowed nine catches on 19 targets for 104 yards with a completion percentage of 47%.

Forbes creates difficult throwing lanes due to his arm length and ball skills. He is not a well-known prospect to the casual draft fans, but he should be. Teams love cornerbacks that can make plays on the football and create turnovers. Forbes fits the bill with nine interceptions and 11 pass breakups in his career.

What did you think of the first version of the August edition of TDN’s top-100 NFL draft rankings? Let us know what you think on Twitter and Instagram. and stay tuned next month for the next edition of the TDN100.