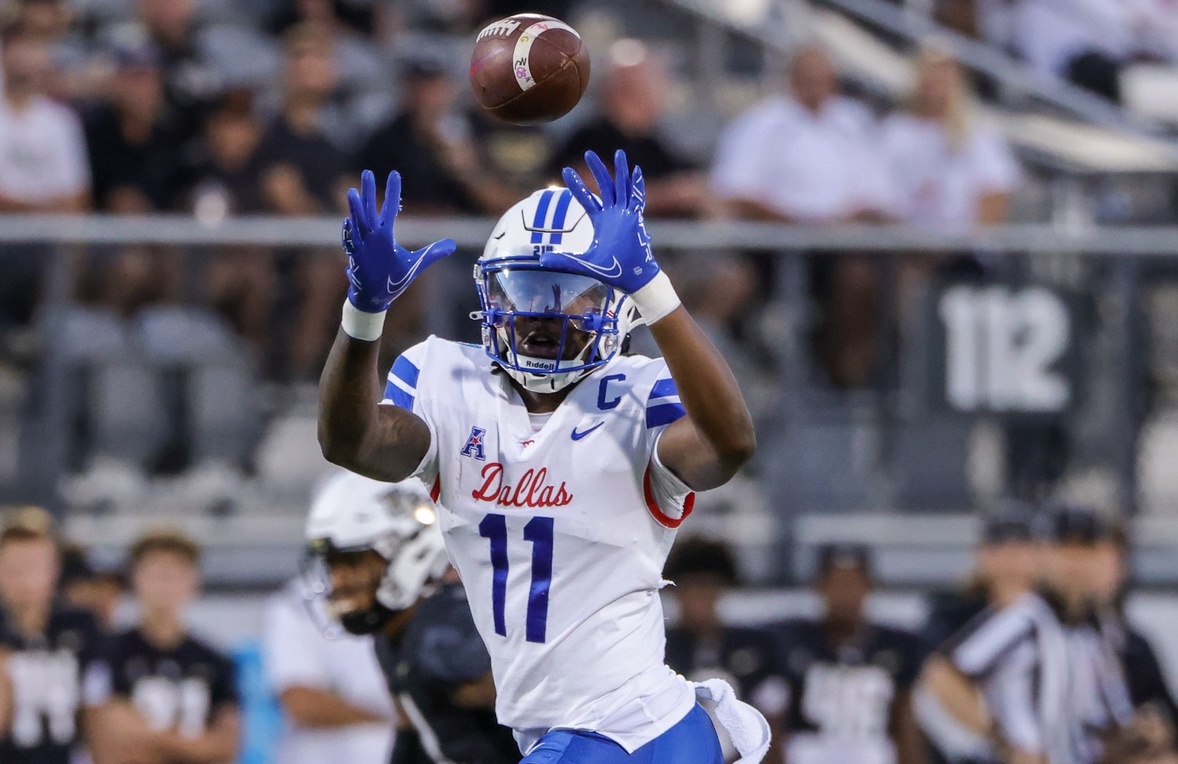 Each month, our scouting staff pulls together all of the new information we have received to realign our thoughts in the form of top-100 ballots. The objective is simple: average out the grades of the entire team to identify a consensus top-100 ranking, the TDN100, for the best NFL draft prospects in all of college football. This is a consistently evolving set of rankings, particularly here and now as games are being played and players are laying the foundation of their individual resumes. Some live up to lofty expectations. Others fall short. And even more arise from left field to declare themselves as “arrived” talent.

And here, I’ll outline five 2023 NFL Draft prospects who are most certainly ranked too low by the consensus data—although you can’t blame me for their current rankings. Here are five players within the TDN100 that I am higher on than the group, and why I hope to see their names higher next time we come back around in November.

Brandon Dorlus was such a delight to watch on tape early this season and his level of play has sustained itself quite well. A freakish athlete of around 290 pounds, Dorlus has effortless movement skills to slip through gaps and creases to create havoc in the backfield. He’s showing a fairly wide array of maneuvers as a pass rusher too, which allows him to win from many angles on the field.

How high am I personally on Dorlus? I ranked him 26th overall. After an emergent 2021 season, Dorlus is off to a fast start—he’s on pace to double his career best in sacks and poised to hit double-digit tackles for loss. He’s got a tireless engine and is highly disruptive within the Ducks’ front seven that has found its footing after a slow start to the season against the Georgia Bulldogs. The traits are there. This could be a first-round talent when it is all said and done.

Speaking of highly productive talent, Illinois CB Devon Witherspoon has been a ball magnet this year. The stat sheet only reads one interception, but Witherspoon has already bested his career high in passes defensed (he’s up to 11) through seven games this season.

Originally a JUCO product who didn’t start playing until his junior season of high school, Witherspoon is someone you can see having the light come on for instinctual play and finding the football. He isn’t the densest corner but he has the size to play outside and as someone that could be feasibly considered a “late bloomer.”

Witherspoon has been a key part of Illinois’ 6-1 start in 2022. The Illini are conceding just 8.9 points per game through seven games, good for best in the country. Opposing passers are completing just 43.9% of pass attempts over that stretch as well. We’ll find out here how legit Witherspoon is, too. He’s got games against Trey Palmer (Nebraska), Jayden Reed (Michigan State), and the Michigan Wolverines over the next month. If he performs well? His NFL draft stock will be higher than this.

While both Dorlus and Witherspoon have been hot starters, Tucker Kraft has been sidelined with an ankle injury that he suffered in early September. His lack of impact has caused a slide, but we should not forget that Kraft has incredible ball skills as a returning FCS All-American who totaled 65 receptions for 780 yards and six touchdowns in 2021.

Kraft missed a big showcase against North Dakota State—which South Dakota State won by scoring the final 13 points in the second half en route to the Jackrabbits’ first-ever No. 1 ranking in FCS—but he declared on Monday that he was back, meaning he’ll take the field as the No. 1 team in FCS looks to push for a championship this season. I haven’t forgotten how good Kraft can be even though we haven’t seen him—nor should you.

This is a fun one. Brenton Cox Jr. was someone who jumped off the screen with his potential after transferring from Georgia to Florida—and he’s nearing his third consecutive season with double-digit tackles for loss. But Cox Jr. has had a different feel this season; he’s someone who has been implementing plenty of power and been a leader for the Gators this fall on defense.

A 4-3 start wasn’t what the Gators aspired for under first-year coach Billy Napier, but you can’t blame Cox Jr. for the modest record. This is a mid-day-two player right now, which should have him probably 15-20 spots higher than this.

Oh, you know, just a casual 49 receptions for 761 yards and four touchdowns at the halfway mark of the college football season for Rashee Rice. For all you fellow non-math people out there, that’s a 98-reception, 1,522-yard, eight-touchdown pace. Not bad. Not bad at all.

In the midst of this wide receiver class, the production that Rice is putting out for SMU as the only offensive weapon with more than 15 receptions or 205 yards on the season is not to be overlooked. This man IS the passing offense. I have come to have a soft spot for Rice as a talent and I’d like to think as we get more eyes on SMU this fall and we get closer to the NFL draft, the rest of the staff will be more eager to plant him higher in their TDN100 rankings.

What did you think of the October edition of TDN’s top-100 NFL draft rankings? Let us know what you think on Twitter and Instagram. and stay tuned next month for the next edition of the TDN100.