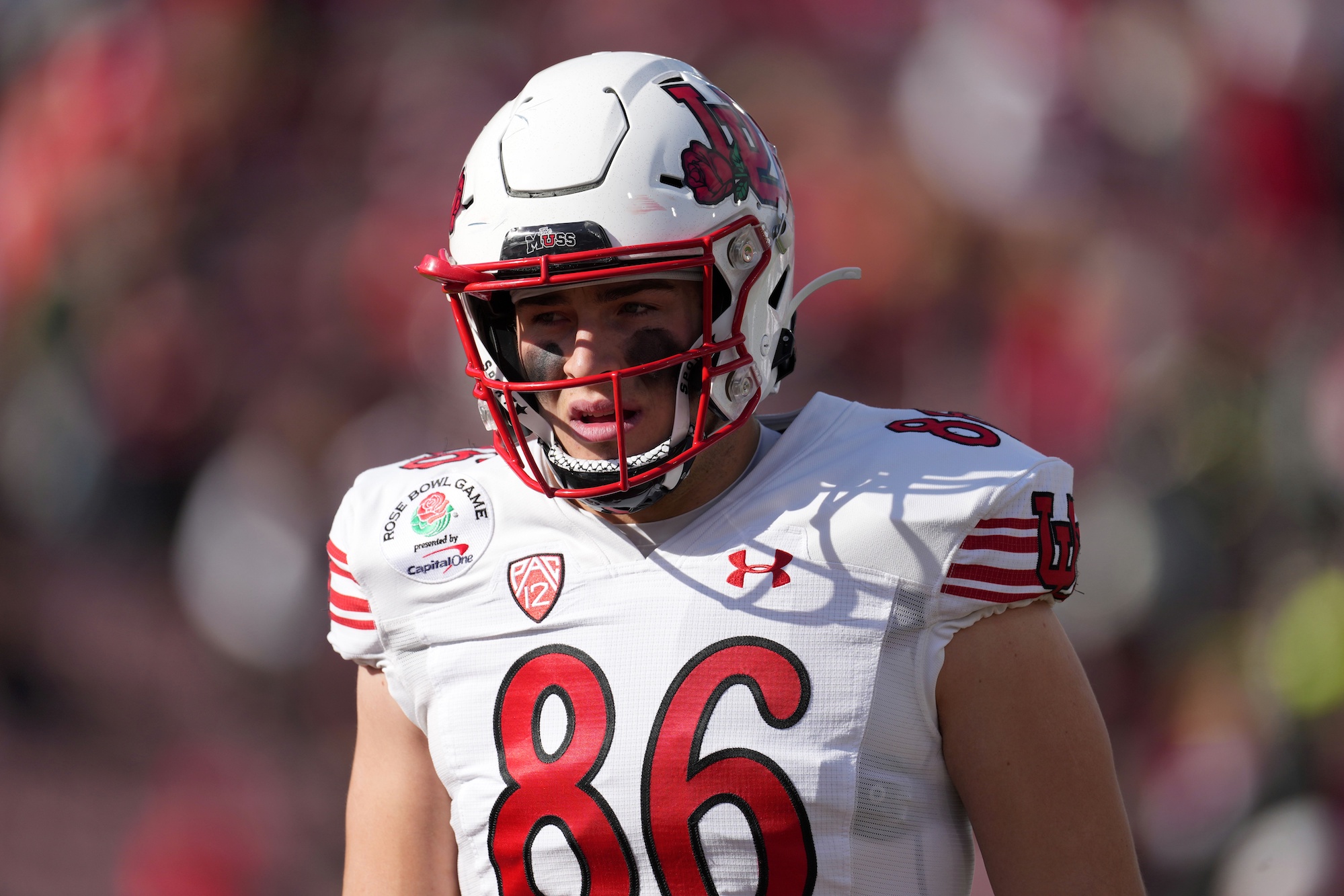 Each month, our scouting staff watches the film and gathers the necessary information to update our top 100 ballots for the upcoming NFL draft. After each ballot has been submitted, the numbers are crunched and computed until the averages are completed. The prospects are ranked in order according to the final averages.

It is a complete team effort to compile rankings of 100 NFL draft prospects. The rankings are not a perfect science by any means. As a result, some players will generate conflicting feelings regarding their positioning on the list.

Here, I am tasked with scouring the rankings and finding players that I believe are ranked too low. So, here are the five players I outlined that I am higher on than the group.

The 2022 TE draft class has more than enough talent to be excited about. We know the top names and we expect to hear their names on either day one or two of the 2023 NFL Draft.

Utah’s Dalton Kincaid is one of the best receiving tight ends in college football. His route-running, athleticism, and ball skills are outstanding. Kincaid is an easy mover that terrorizes defenses in man and zone coverages.

His game versus USC was phenomenal to watch. He has more than 700 yards receiving and seven touchdowns in a run-heavy offense. Kincaid has arguably the best receiving skill set among the draft-eligible tight ends, including TE1 Michael Mayer!

BYU quarterback Jaren Hall is having one of the quietest 3,000-plus-yard passing seasons in college football. Also, Hall has thrown 29 touchdowns with six interceptions. He has played good ball all season, but BYU does not receive heavy media attention or nationally-televised games. Stats aside, turning on the film proves my point as to why he should be higher on this list.

He does not operate a wide-open or gimmicky offense that allows for multiple free-running wide receivers. He delivers passes in tight windows with good zip and the right amount of feathery touch. Hall is playing at a higher level than he’s given credit for.

If we are being honest about not receiving the deserved credit, the Bulldogs’ top cornerback Emmanuel Forbes is at the top of the list. Forbes has given up 50-plus yards receiving just once all season. To add, he has six interceptions and plenty of pass breakups.

-Two interceptions
-One pick-six
-One blocked kick
-One PBU

Forbes has been one of the better cover corners in the nation this season. His instincts and ball skills are among the best in the draft class. In single coverage this season, he has been targeted 17 times with one catch allowed! If you have not taken notice of Forbes’ level of play, get acquainted.

It is rare to find a 6-foot-4, 220-pound safety that is comfortable playing all over a defense. JL Skinner fits the bill. Yes, he is a heavy hitter once he gets the ball carrier in his sights. That is not the full extent of his skill set. Skinner has shown ball skill and production this season, with four interceptions.

#BoiseSt Safety JL Skinner with his second interception in the last two minutes of the game.

Skinner has shown the ability to make plays on the football dropping vertically and rolling down as a rat/robber defender. The way NFL defenses are leaning heavily into versatile packages and lighter boxes, a defender like Skinner should have a nice value.

The Georgia Bulldogs are well known for their top-tier defensive unit, but their offensive line is among the best in the nation too. They are led by the center, Sedrick Van Pran.

Van Pran is the quarterback of the offensive line and helps set protections based on what the defenses are showing. He has been a consistent and reliable protector for QB Stetson Bennett. His run blocking is good too and he offers scheme versatility to an NFL offense.

Van Pran is one of the best interior offensive line prospects in this class. I am hoping he receives more love and a boost up the rankings as we push forward into draft season.

Georgia Center Sedric Van Pran is an impressive player. He is listed at 6040–310 pounds. His movement skills, relentless motor, and toughness are enticing.

He is a player to watch this fall if your favorite team needs a center next spring! pic.twitter.com/PmYEbIFxlG

What did you think of the November edition of TDN’s top-100 NFL draft rankings? Let us know what you think on Twitter and Instagram. and stay tuned next month for the next edition of the TDN100.