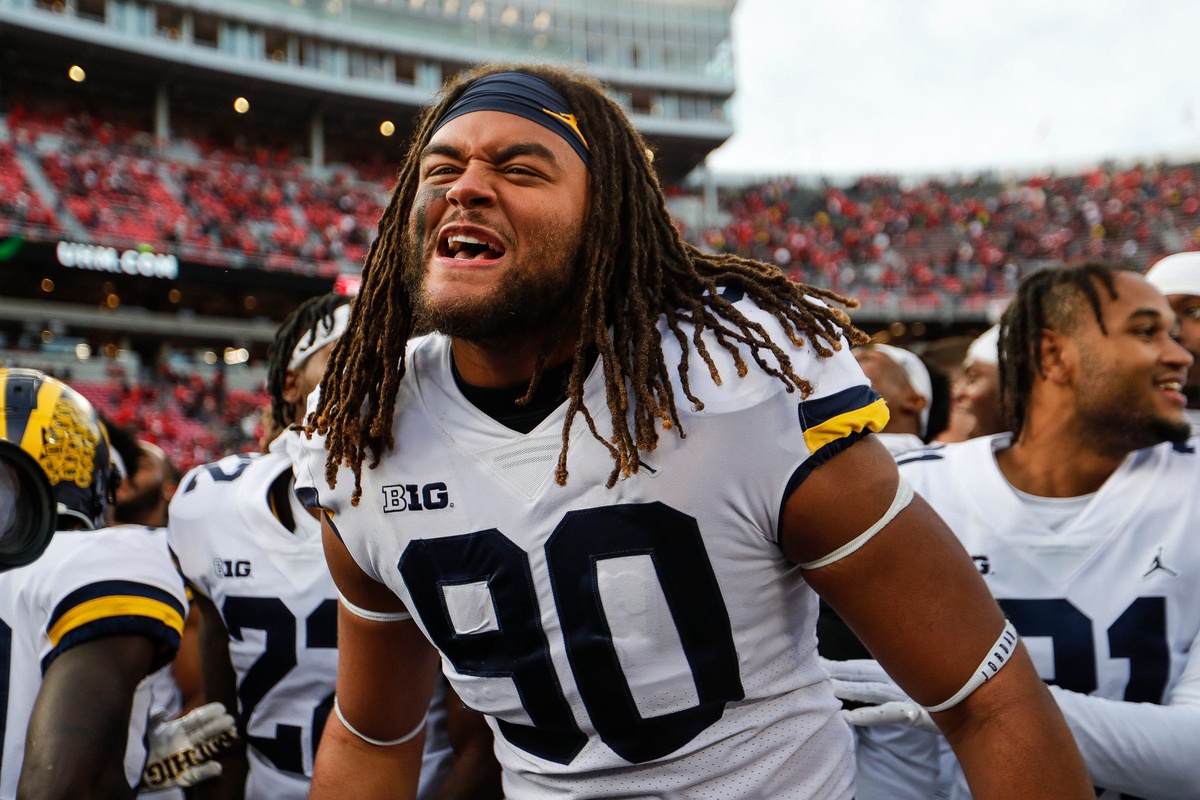 It’s officially NFL draft season for more than half of the league. Here at Draft Network, we compile our TDN100 NFL draft rankings monthly, adjusting these rankings based on performance, film, and declarations. In our first TDN100 update of the new year, there are five players I believe were ranked too low. Let’s discuss.

Luke Musgrave is one of the better straight-line athletes at the tight end position. He has the prototypical size for an F-tight end that will move all over the offensive formation. Musgrave has all of the physical and athletic tools to present a problem for opposing defenses—he can stretch the defense vertically and horizontally. The evolution of tight ends in the NFL and how they are utilized as mismatch weapons in the passing game bodes well for Musgrave’s transition to the next level.

This wide receiver class does not have a lot of proven talent in terms of production this season. Xavier Hutchinson does not fall into that bucket, as he finished the season with more than 100 receptions and 1,171 receiving yards with six touchdowns. He was a hassle for Big 12 cornerbacks to deal with all season long.

The combination of height, weight, and ball skills are enticing. This season, Hutchinson has been one of the best contested-catch receivers in college football, reeling in 14 of his 31 targets. Iowa State does not garner a lot of media attention, but the draft season spotlight should shine bigger and brighter on Hutchinson’s game.

The value of interior pressure right in the face of the quarterback is unmatched. It is the quickest path to disrupt the quarterback’s comfort in the pocket.

Colby Wooden played well this season and has the upside to develop into a premium asset on the interior defensive line. The improvement in his hand-to-hand combat skills in tight quarters and pass-rush plan showed the necessary flashes for NFL teams to view him as a potential second-round pick. Wooden’s length, power, and athleticism on the interior gave SEC IOL issues.

Versatility is king in the NFL; the more you can do the better. Mike Morris embodies that ideology well. Morris has the body/frame of a standard hand-in-the-dirt defensive end, but he is comfortable rushing from a two-point stance. He should be valued more due to his multiple skill sets to align and attack opposing offensive lines. You appreciate this level of versatility to allow NFL defensive coordinators freedom to be creative with their pressure packages.

The 2023 NFL Draft quarterback class is not overwhelmingly deep with talent. BYU’s Jaren Hall brings a dual-threat skill set to his offense. Hall has the arm talent to make NFL throws at all three levels of the defense.

There will be teams that desire to add a talented developmental rookie to their roster and Hall fits that mold. He is an older prospect, but he is talented. I believe he will be a riser throughout this NFL draft cycle.