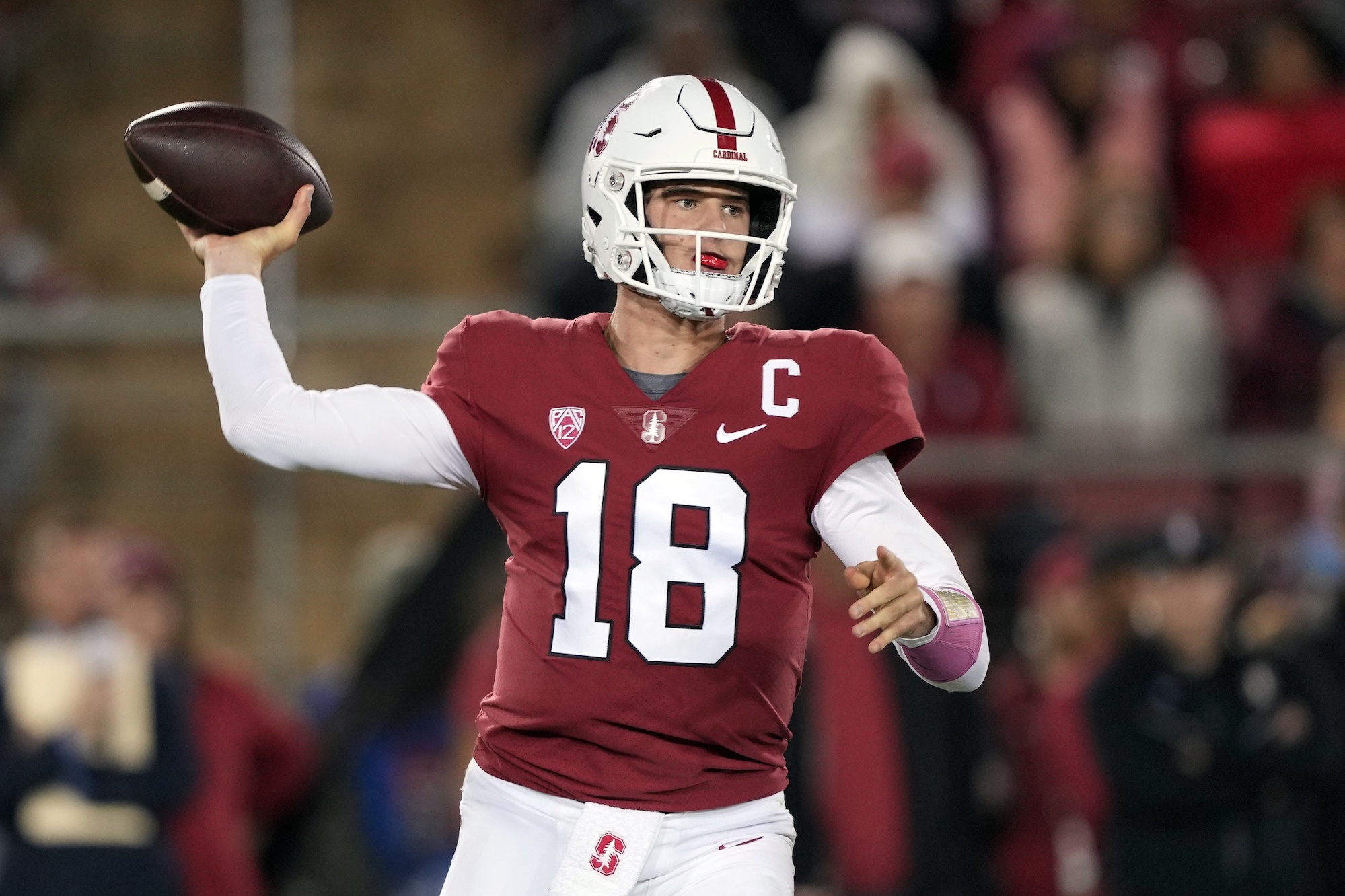 The thing I love about our process of ranking NFL draft prospects is that it equally considers the valuation of each player from all five members of our scouting department. This allows for a wide net to be cast in gaining perspective on the value of prospects, which is reflected in our TDN100 rankings. With that said, it also opens up the possibility for some prospects to slot in the consensus rankings much differently than I personally view them.

Let’s examine five 2023 NFL Draft prospects that I believe are currently ranked too high in our latest TDN100 update.

Make no mistake about it, Tre’vius Hodges-Tomlinson is a quality football player. I love how competitive he is and he plays tight in coverage. With that said, I wonder about the valuation of his skill set and how that aligns with his status on our current board.

Hodges-Tomlinson is an undersized corner with a legitimate lack of length, which typically hurts a prospect’s draft stock. Hodges-Tomlinson also hasn’t offered much in the way of ball production considering the amount of experience he has. In addition, I believe there have been a number of corners that have elevated their play this season that ultimately pushes Hodges-Tomlinson down even further.

There’s a lot to like about JL Skinner, a big-bodied safety that is an excellent tackler and downhill player that holds his own in coverage. He is a tone-setter for Boise State and his interception against Oregon State in Week 1 of the season looms heavily in driving his hype train so far this season.

The concern that I have with Skinner is that he is a safety/linebacker tweener at the next level and players with that billing have a tendency to slide in the NFL draft. I view Skinner as more of a fringe top-100 player and not among the top 75 like he currently slots.

There is certainly a path for Parker Washington to be a meaningful NFL wide receiver and I really like his physicality, hands, and ball skills. With that said, he’s built like a running back and I wonder how dynamic he is as a route runner and down-the-field threat.

I know the Nittany Lions’ quarterback situation doesn’t maximize Washington’s opportunity to be productive, but I do wish his impact on the offense was greater this season—he has not logged a touchdown reception or topped 75 receiving yards in any game. For me, Washington is on the outside looking in when it comes to the top 100 conversation for the 2023 NFL Draft.

To be frank, Tanner McKee doesn’t move the needle much for me as a prospect. I get he has a big arm with plenty of size and some big-time Sunday throws on this resume, but his lack of mobility and space required for him to operate gives me concern. While he can certainly make every throw, his wide base and heavy feet are troubling. He would be more appealing in a traditional west coast offense 30 years ago than what is working in today’s NFL. I see McKee as a day-three developmental backup at this point.

After a breakout season in 2021 playing opposite first-round pick Kenyon Green, Layden Robinson has failed to take the next step in 2022. He has labored in pass protection and hasn’t shown the same ability to create movement in the run game. I worry that he is a scheme-specific guard-only prospect which severely hurts his valuation. He lacks range and body control.

His preseason buzz has quickly faded based on this year’s performance and he is getting leaped by other prospects. I know he barely snuck into the latest TDN100 update, but I don’t believe he’s performed at a level deserving of being on our list.

What did you think of the October edition of TDN’s top-100 NFL draft rankings? Let us know what you think on Twitter and Instagram. and stay tuned next month for the next edition of the TDN100.