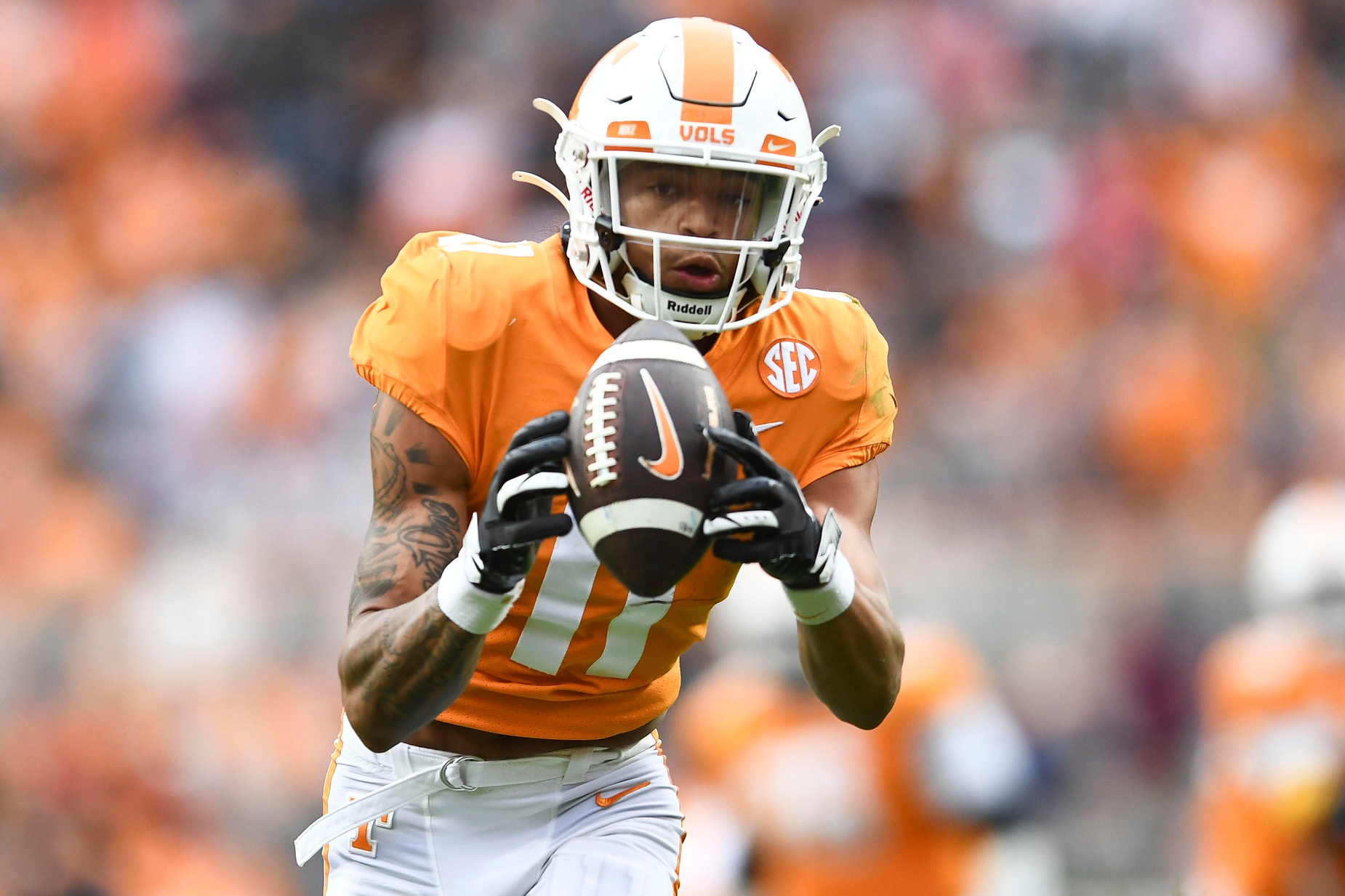 It’s officially NFL draft season for more than half of the league. Here at Draft Network, we compile our TDN100 NFL draft rankings monthly, adjusting these rankings based on performance, film, and declarations. In our first TDN100 update of the new year, there are five players I believe were ranked too high. Let’s discuss.

The 2021 Biletnikoff award winner for the best wide receiver in college football, Addison is an accomplished prospect. I am a fan of his game to a certain extent.

As I have watched him on tape, Addison benefits from advantageous pre-snap alignments providing a two-way go or spacing to attack defenses. He lacks the height, catch radius, and size to consistently win on the perimeter versus tight-man coverage. I do not value his skill set as a top-15 draft prospect. There are too many physical limitations for my liking. First-round player? I would say so, just not a top 15-20 prospect.

The current Biletnikoff winner had a phenomenal season with more than 1,260 yards and 15 receiving touchdowns. However, he is a one-trick pony at this stage of his career.

Hyatt is an explosive straight-line athlete that benefits from non-traditional slot alignments in Josh Heupel’s offense. More than 87% of his snaps came from the slot this season. In this spread/spaced-out offense, Hyatt thrives off switch and free releases, allowing him to go from zero-to-60 with optimal quickness. He does not run a wide route tree. If he cannot win with his own ability, I do not feel comfortable with him as a top-40 selection.

The consensus TE1 of the 2023 NFL draft class, Mayer is in a race of his own. Is he a top-10 prospect, though? I have a hard time saying yes to this.

He is an OK athlete at best—I do not see a dominant skill set or profile. He checks a lot of boxes to become a good tight end at the next level, but is he Kyle Pitts? Nope. I think the top 10 is too rich for Mayer.

What a tale of two seasons for Simpson. He was not used the same way this season as he was in 2021 with Brent Venables as the DC. Simpson is an athletic and rangy linebacker, but my concerns are regarding his ability to take on blocks and be a traditional box LB. He has the build of a safety/LB hybrid. Being ranked inside the top 32 is essentially a first-round ranking. I do not foresee this being the case for Simpson in April.

To’o To’o was a projected first-round pick last season. He returned to school and that may have been a poor decision in regard to his NFL draft stock. There are real concerns regarding his overall athleticism and sideline-to-sideline speed, especially for a linebacker that weighs less than 240 pounds. This combined with missed tackles can lessen his draft stock as we approach April. I do not know if he is a top-40 pick right now.