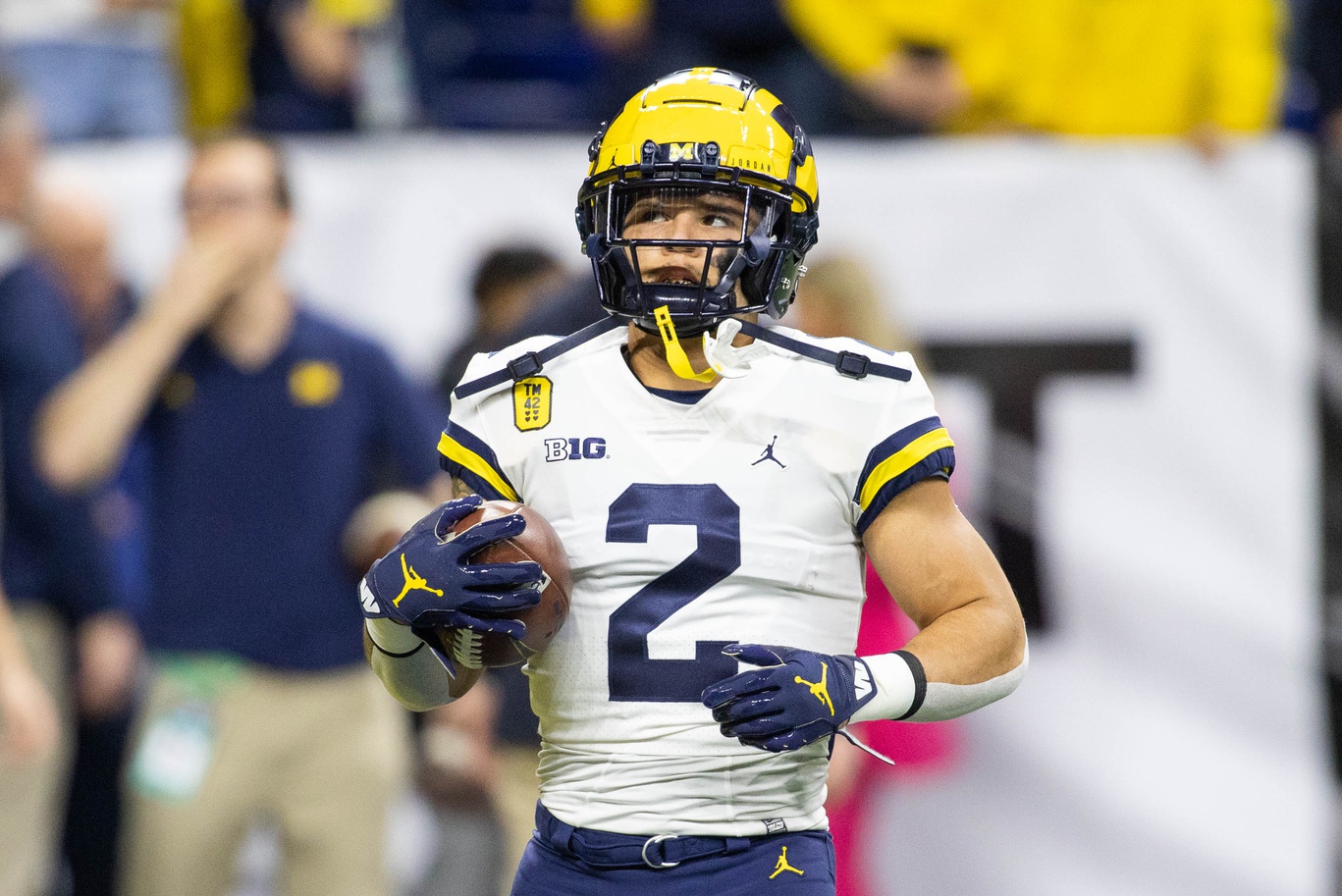 The end of the college football regular season has our scouting staff busy conducting final film assessments for the 2023 NFL Draft class. As we continue to solidify our evaluations of the prospects, the debate over the valuation of the players promises to be exciting over the coming months.

Hodges-Tomlinson is an excellent cornerback for a good TCU defense but I am not sure his status on our board is warranted. While it’s exciting to see him perform as a lockdown, outside corner in the Big 12, I fear the NFL will consider him as a slot-only player, whereas Hodges-Tomlinson hasn’t received many reps during his career at TCU.

Hodges-Tomlinson severely lacks size and length and is a projection to his likely role in the NFL. I know he has some fans among our scouting staff which is why he’s consistently remained among the TDN100. However, for me, I struggle to value him in that range.

Wooden has been a challenging player for me to feel good about. He has some exciting moments as a pass rusher and run defender, but I find myself underwhelmed by the snap-to-snap consistency—especially when it comes to his motor. While it’s great to see him align all across the front, he’s a tweener that has restrictions to offset his appeal regardless of the technique he plays.

A high-variance performer that lacks a true position, I slotted Wooden much lower in my personal ballot than where he ultimately landed in the latest TDN100 update.

Corum was exceptional for Michigan in 2022 and I absolutely believe he deserved to be among the top three Heisman finalists. He was the catalyst offensively for an undefeated Michigan team that has a chance to win a national championship. And while I think he’s a good NFL prospect, there are some things working against him.

Corum is an average athlete for the position that is likely to measure around 5-foot-8 and 200 pounds. He doesn’t have a breakaway gear and his passing game production has been minimal. I don’t see the size, athleticism, or receiving profile worthy of his rank among the TDN100, especially for a player at a devalued position.

A five-star recruit, Dexter Sr. came to Florida with plenty of hype and he failed to deliver on the promise of his recruiting status. An underachiever, Dexter Sr. does have some exciting flashes but his resume and consistency on the field leave much to be desired.

For a player as physically gifted as Dexter Sr., I want to see more consistency competing for his gaps in the run game and ability to affect the quarterback on passing downs. When I watch Dexter Sr., I see a high-variance performer that should be able to win at the collegiate level on physical tools alone, but that wasn’t often enough the case.

Vorhees is another one of those really good college players that has too many concerns when forecasting him to the next level (and what that means for his NFL draft valuation).

Vorhees turns 24 in January and there are notable injury concerns. Vorhees has been a staple for the Trojans dating back to 2017 when he started the final nine games of the season. He’s more of a mid-round prospect in my eyes than the top-50 landing spot he currently has in the TDN100.