The three-seed TCU Horned Frogs and one-seed Georgia Bulldogs will meet on Monday in the College Football Playoff National Championship. Both sides are littered with blue-chip prospects and future NFL studs. The talents themselves will ultimately determine the outcome.

Sonny Dykes and Kirby Smart have spent the last week analyzing personnel in search of mismatches. Both squads will aim to place their players in advantageous situations. We’ve identified three potential matchups to watch closely.

This will mark the second consecutive heavyweight contest for TCU wide receiver Quentin Johnston. Johnston squared off against Michigan cornerback DJ Turner in the Fiesta Bowl and recorded six receptions for 163 receiving yards and a touchdown while routinely displaying his big-play ability and open-field speed, but the eye test indicates his overall performance was a mixed bag. Turner got the better of Johnston on several reps.

Johnston will aim to put forth a dominant stat line in back-to-back matchups against borderline first-round cornerbacks. Ringo will attempt to salvage a dwindling draft stock against a top receiver in the 2023 class. It’s must-watch television.

The No. 2 overall player in our latest TDN100 update, Georgia’s Jalen Carter was uncharacteristically quiet in the Bulldogs’ victory over Ohio State. Carter was credited with one solo tackle and one pass breakup. Ohio State center Luke Wypler held his own against Carter, who appeared gassed at times and didn’t make his usual impact. Carter is too good for one lackluster performance to hurt his draft stock, but it does add intrigue to his showing in the National Championship.

TCU quarterback Max Duggan was well-protected in their win over Michigan, getting sacked just once. Georgia, who sacked C.J. Stroud on four occasions, represents a different challenge altogether. Carter will see plenty of TCU left guard Steve Avila, who is a potential day-two selection in April. The Bulldogs are going to require a big-time showing from Carter if they hope to routinely apply pressure on Duggan.

McIntosh will meet his match in TCU linebacker Dee Winters. Winters was a key performer in the Horned Frogs’ win over the Wolverines, having recorded seven total tackles and an interception. Winters was a menace against Michigan’s high-octane rushing attack, and will almost certainly be tasked with slowing McIntosh down. Winters is a modern-day linebacker who possesses the instincts and physicality necessary to leave his mark throughout Monday’s championship-deciding showdown. 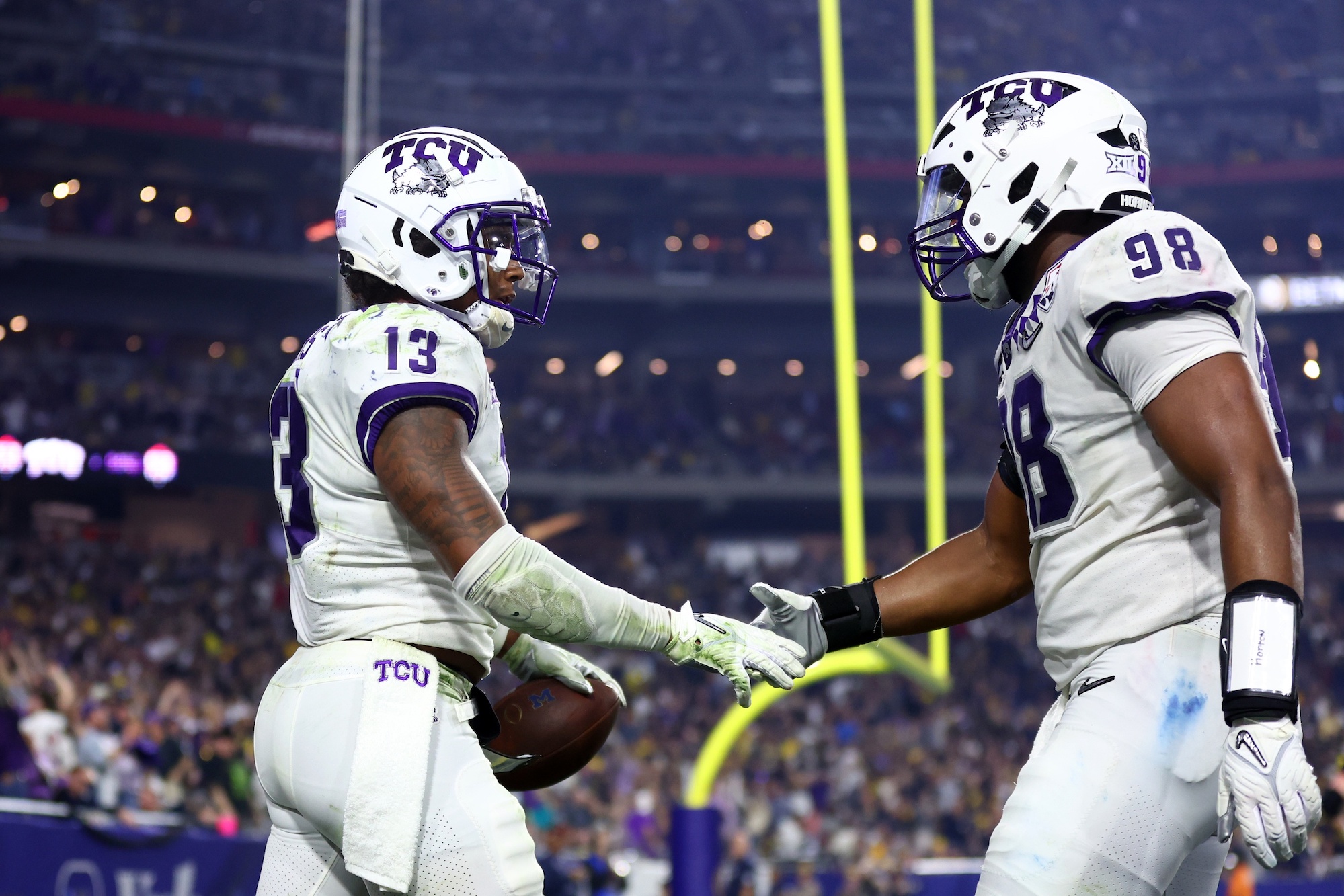