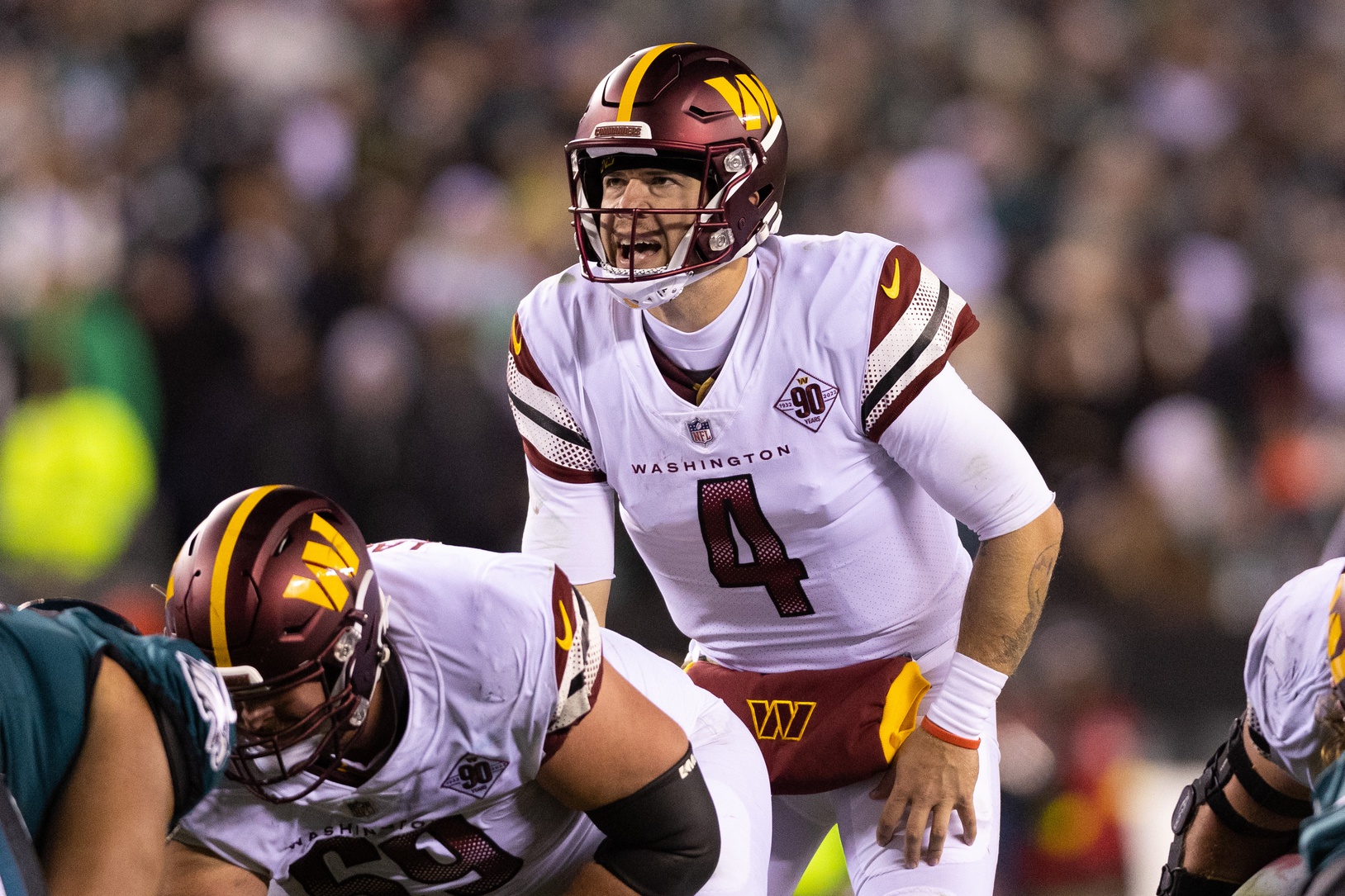 Heinicke completed 17-of-29 passing attempts for 211 yards, zero touchdowns, and one interception. Heinicke was better than his stat line indicated. Minus an interception that was an ill-advised decision, Heinicke was accurate and decisive. He dropped the ball in a bucket on several crucial plays and moved the chains when the Commanders required it most.

Commanders head coach Ron Rivera now faces a critical decision for his surging 5-5 squad. Starting quarterback Carson Wentz is eligible to be activated off IR after missing the required minimum of four contests. Wentz was placed on IR after undergoing surgery to repair a fractured finger. Rivera should stick with Heinicke despite Wentz’s availability.

Heinicke has started Washington’s last four contests. Heinicke has completed 75-of-121 (62%) passing attempts for 840 yards, five touchdowns, and four interceptions. Heinicke has added an additional 60 rushing yards and a touchdown to his offensive totals.

More importantly, the Commanders own a 3-1 record throughout that timeframe with victories over the Eagles, Indianapolis Colts, and Green Bay Packers. Washington went 2-4 with Wentz under center for comparative purposes. The Commanders are averaging an improved 22.25 points per contest with Heinicke at the helm. Washington’s points per game average plummets to 17.0 under Wentz. The numbers speak for themselves.

Superstar wide receiver Terry McLaurin is also thriving alongside Heinicke while showcasing better chemistry than he managed with Wentz. With Wentz under center, McLaurin averaged a pathetic 3.6 receptions per contest for 61.1 yards per contest and one touchdown in six appearances. McLaurin has improved considerably under Heinicke. He’s averaging six receptions per game for 92.5 yards per game and one touchdown.

There’s also reason to believe Heinicke and McLaurin will continue getting better as the season progresses. McLaurin enjoyed a season-best performance against the Eagles’ fierce secondary on Thursday, securing season highs in receptions (8), targets (11), and receiving yards (128). McLaurin is averaging nine targets per game with Heinicke, and 6.1 with Wentz. Heinicke is more willing to get Washington’s No. 1 receiver involved.

This isn’t Heinicke’s first lengthy stint as Washington’s starter. The former undrafted free agent out of Old Dominion compiled a 7-8 record as a starter in 2021. Heinicke completed 65% of his passes for 3,419 yards with 20 touchdowns and 15 interceptions last season.

It’s worth acknowledging Heinicke is in a contract season and is currently earning a base salary of $1.5 million, per Spotrac. Heinicke has earned a raise in pay via Washington or elsewhere. Commanders general manager Martin Mayhew would be wise to evaluate Heinicke down the stretch before he becomes an unrestricted free agent.

The 5-5 Commanders have played themselves into the postseason picture. Their recent improvement has them trailing the 5-4 San Francisco 49ers by half a game for the NFC’s seventh and final playoff seed. A Week 16 contest between the Commanders and 49ers looms large. Two NFC East showdowns with the Giants also await the Commanders. Heinicke gives Washington their best chance to qualify for the playoffs.