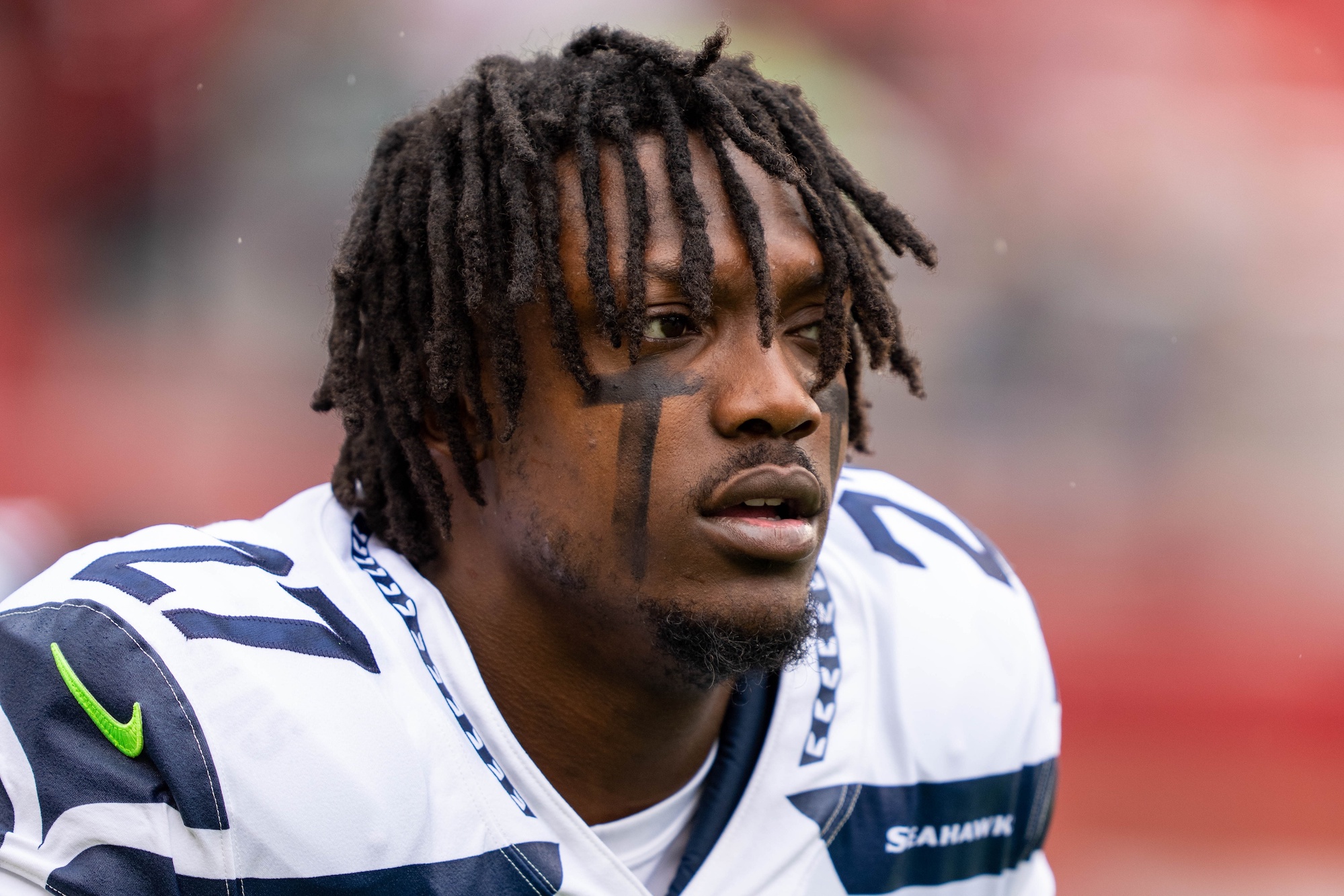 Tariq Woolen Proving NFL Got Too Cute With His Draft Evaluation

The NFL got cute when it came to one of the 2022 NFL Draft’s most athletic marvels, cornerback Tariq Woolen. With height/weight/speed measurables that scouts drool over and collegiate tape that popped off the screen, Woolen has rapidly become the top corner within the Seattle Seahawks secondary despite lasting all the way until the fifth round.

A former wideout, Woolen has made it look easy through the first month of his NFL tenure.

In a day in age where athletic profiles often trump technicality—where teams will opt to bring a player in and coach them up to produce a refined product—you’d be hard-pressed to find a rookie corner in football with the production ceiling as high as Woolen’s early in the 2022 campaign. A tick over 200 pounds, the UTSA product is a wiry, aggressive corner whose vertical prowess on the perimeter presents an intimidating matchup for smaller wideouts. While he would have likely been the first guy off the board if the 2022 class lined up in a t-shirt and shorts, with a 78 3/8-inch wingspan, a 4.26 in the 40, and verified 33 1/8-inch arms, he’s a pterodactyl on the perimeter whose range and quickness present elite traits to work with for a Seahawks defense in need of pop on the perimeter.

While many past NFL ceiling defenders have made the switch from receiver to corner, Woolen’s technical prowess and continued improvement in his mirroring ability are years ahead of where guys like Trevon Diggs out of Alabama and Quinton Dunbar out of Florida were out of college—both of whom were four-star wideouts at the prep level before making the jump to the defensive side of the ball in the SEC. What stands out for Woolen is his lower-half explosion and fluidity. Sure, it’s nice to have elite linear north-south speed, but if you’re unable to change directions, T-step to close, or flip your hips to remain in phase with opposing wideouts in fifth gear, you simply won’t earn snaps. For Woolen, his ability to consistently remain balanced with feathery feet and a powerful closing step has consistently seen him flash on film working both downhill near the line of scrimmage when asked to make tackles in open space or close on pass-catchers’ hands at the point of contact.

Although many apparently found flaws in Woolen’s game that led him to slip to day three back in April, his game is vastly unique in the fact that his herculean testing numbers aren’t just percentiles to ‘wow’ at on a spreadsheet—he can flat out play football. Still early in the fall with lots of snaps to be played, early signs from Woolen have sent a clear message to executives across the league who got cute when it came to his evaluation. Will Tariq Woolen get a pick for the third game in a row in Week 5?