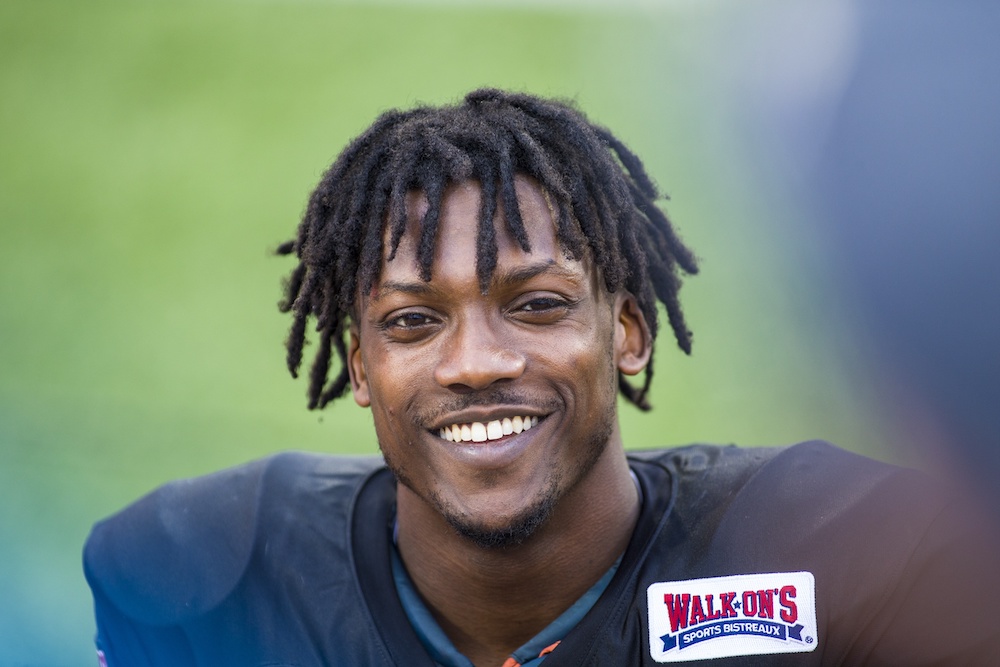 Each and every year the pre-draft cycle falls in love with “that guy.” A talent who becomes a mainstay in your team-specific mock drafts, whether it’s a Power Five standout, or small school diamond in the rough. Label UTSA cornerback Tariq Woolen in whatever category you want, the kid can flat out play football. One of the most athletically-gifted prospects to enter the draft in quite some time, he ran the 40-yard dash in 4.2 seconds at 6-foot-4 and jumped 42 inches in the vertical.  Don’t be surprised if you hear the former wide receiver’s name come the back end of round one. The NFL loves traits and Woolen is overflowing with All-Pro potential. Here are a few teams that come to mind as ideal fits for a prospect currently skyrocketing up draft boards.

A division set to sling it around, the Bills need help at corner, and fast. Tre’Davious White is the alpha, but behind him, it’s bleak at best following Levi Wallace’s departure. With Woolen, not only do the Bills get a corner primed to succeed from the moment he steps on the field within Leslie Frazier’s defense, but he won’t be forced to cover a Tyreek Hill, Corey Davis, or Elijah Moore consistently from the onset of his career with White opposite. It’s not to say he can’t – his mirroring ability proves he can – but the adjustment from covering pass-catchers in Conference USA compared to the NFL is a whole different ball game, and it will take a significant amount of snaps for him to work up to speed. However, once he does, he could be one of the most successful corners from this draft five years down the road.

With Charvarius Ward gone and Tyrann Mathieu expected to sign elsewhere in the coming days, the Chiefs are in desperate need for game-changing talent within the secondary. Rashad Fenton and L’Jarius Sneed are currently slated to start opposite each other and that should legitimately scare Chiefs General Manager Brett Veach within a division touting Justin Herbert, Russell Wilson, Derek Carr, and their respective embarrassments of riches on the perimeter. Don’t be shocked if the Chiefs use one of their two first-round selections on Woolen.

The Texans need fresh legs at a ton of spots and despite the AFC South representing the home of two of the league’s top ball-carriers in Derrick Henry and Jonathan Taylor, the NFL as a whole is a pass-happy league and Houston must address their secondary at some point or another. While Notre Dame safety Kyle Hamilton could be the pick at No. 3 overall, adding Woolen early in the second round could be in the cards for a defense that has finished near the basement of the league in both yards and points allowed the last three seasons.