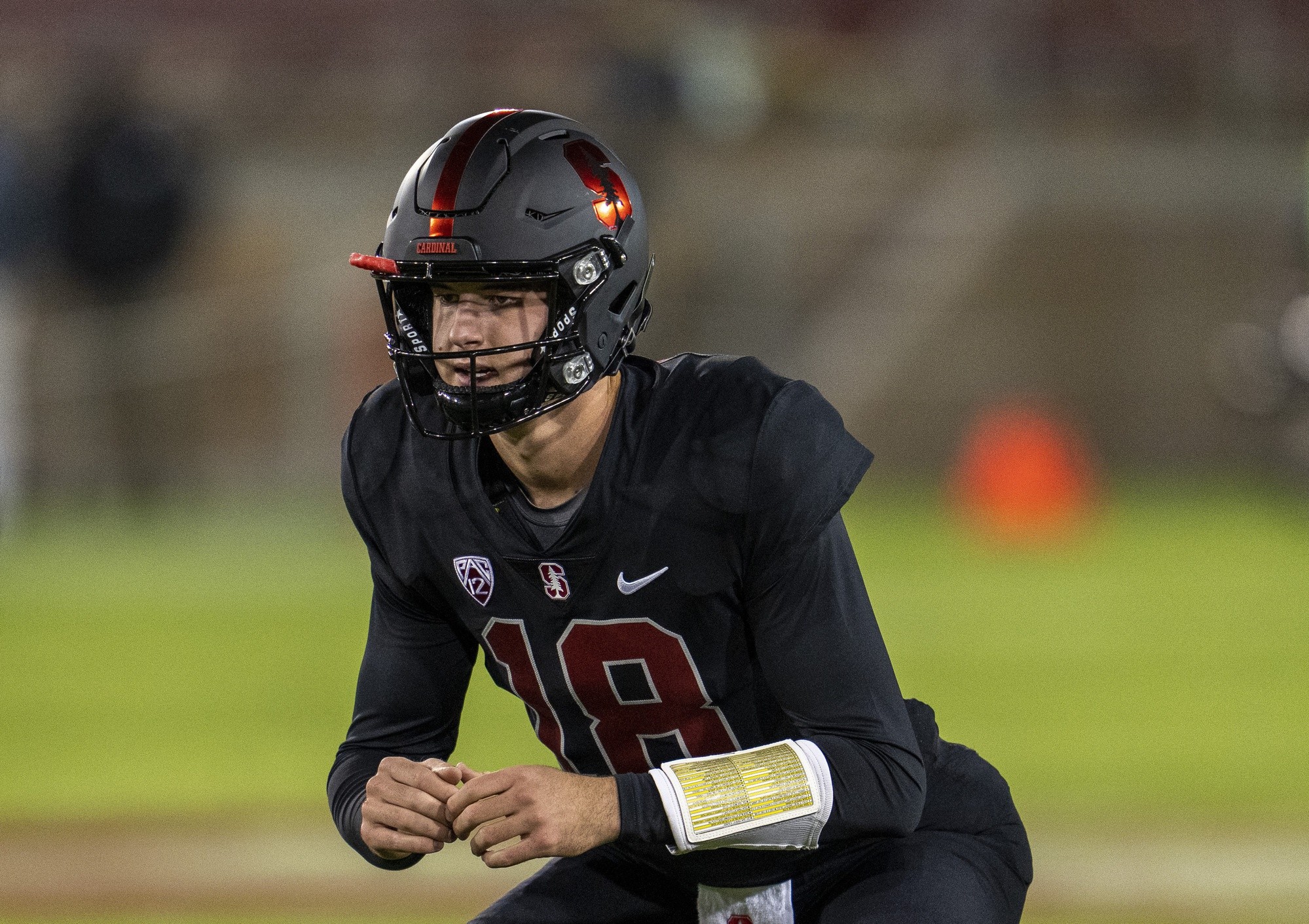 Tanner McKee Hopes To Build Upon Flashes Of 2021 Season

The Stanford Cardinal made a statement back in October when they defeated the No. 3-ranked Oregon Ducks 31-24 in overtime. It was also around that stretch of time that quarterback Tanner McKee got on the radar for potential 2022 NFL Draft prospects to watch.

At that point in the season—five games in—McKee had completed just under 67% of his passes for 1,093 passing yards with 11 touchdowns and zero interceptions, helping guide his team to two wins over ranked teams.

McKee recalls the Oregon game well and considers it a turning point in many ways as the Cardinal overcame a great deal of in-game adversity to do what no one expected them to accomplish—and it’s a win they should keep in their minds as they move into the next season.

“Oregon was ranked No. 3 at the time and we were unranked and showed we were a lot better than what that reflected,” McKee said. “We came out and played well, battled a few injuries that game, one of our best receivers went down that game and broke his leg.

“On the game-winning drive, I took a pretty big targeting shot and came out for a play and came back in. The way our guys rallied together and the grit we showed to go and get a win in overtime against a team like that was a turning point for me and our football team. We’ve got to keep that drive and that knowledge of knowing that when we do what we are supposed to instead of shooting ourselves in the foot, we can really beat anybody.”

After that big win, Stanford found itself working through multiple issues and ended the season on a five-game losing streak, losing two of those games by a margin of seven points or less. McKee says he is confident the team will bounce back in 2022 and that there’s a lot more that he can show in his own right as a future prospect.

“We’re bringing in some new concepts and we have a lot of guys who have been hurt that I feel like I have good timing with who are coming back—a lot very talented wide receivers, running backs, O-linemen, we didn’t really lose anybody on the offensive side of the ball,” McKee said. “Our expectation is to put up 40-50 points per game. We’re not going to settle for anything less. We feel like we have that capability and we should be able to do that.”

McKee finished the 2021 season with a 65.4% completion percentage, 2,327 passing yards, 15 touchdowns, and seven interceptions, showing room for improvement at times but also showing that he’s a player Stanford can build around and one that should see an increase in production in 2022.

While there is a lot that McKee brings to the table tangibly and physically—he’s 6-foot-6 and 228 pounds with a quick release and the ability to make some tough throws with touch and solid overall accuracy—he prides himself on the intangibles first and foremost.

Playing in one of the most difficult offenses in existence on top of going to school somewhere so academically demanding is also something McKee says has made him a better player.

“Stanford has helped me a ton learning pro-style offenses, how to read defenses, so I would say my football IQ is a big strength of mine,” McKee said.

Some quarterbacks who have played in the West Coast system have called it an offense that one never fully masters and the quarterback has a lot on his plate in terms of pre-snap responsibilities. McKee says that with time and repetition, though, things become more second-nature and the quarterback doesn’t find himself thinking as much about the intricacies of the play itself, allowing his mind to focus on other things like how a defense may be disguising.

“There are definitely a lot of things depending on the play. In the Stanford offense, we usually go up to the line of scrimmage with a few different plays. We’ll have one play where we’ll let it roll a second play that we’ll kill to a third play that we’ll maybe alert,” McKee said. “So we’ll go up and look for key guys, maybe that’s strong rotation or press or a three tech to a tight end side. It really could be anything based off of the different concepts. Depending on if it’s a run or pass we’ll look at those, we might have to make protection adjustments.

“So, it’s just identifying those things and being able to put our guys in the right place, because when we do that, there’s really nothing the defense can throw at us that we won’t be ready for.”

McKee believes the West Coast is one of the best systems in terms of producing a quarterback who can do just about anything and is one that makes for an easier transition to the NFL because of its wide array of elements.

“I really love the offense we’re in here. You kind of get the best of both worlds,” McKee said. “We throw the ball a lot, we take shots, but we also will get under center and run power on people and we’ll bring in the big guys and try to run the ball between the guards. You get an overall well-rounded quarterback instead of a guy who has only run in a spread system or has only been under center running, maybe a triple-option or handing the ball off 50 times a game.”

It will be interesting to see just how big of a step Stanford can take after finishing last season at 3-9 and then recruiting the No. 18 recruiting class in the nation, and how much McKee can build upon some of the flashes he showed last season now in his third year. 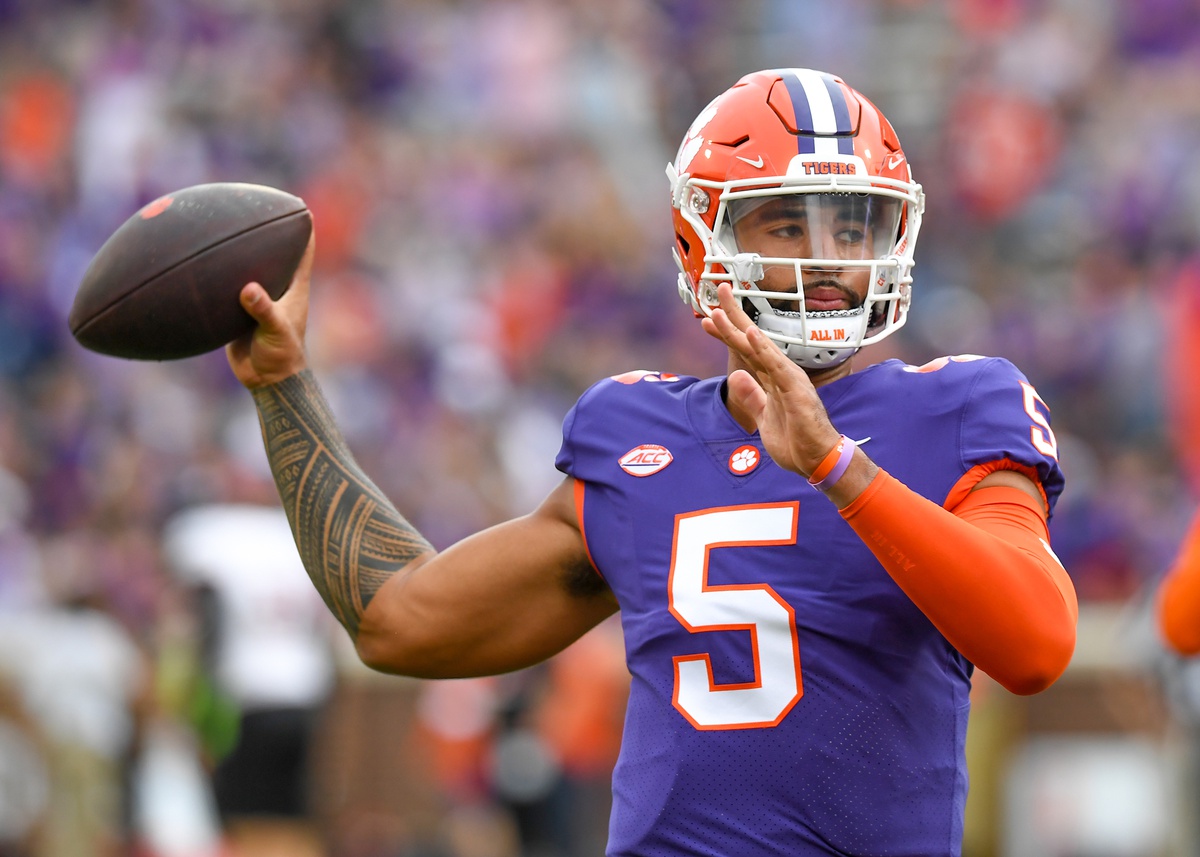