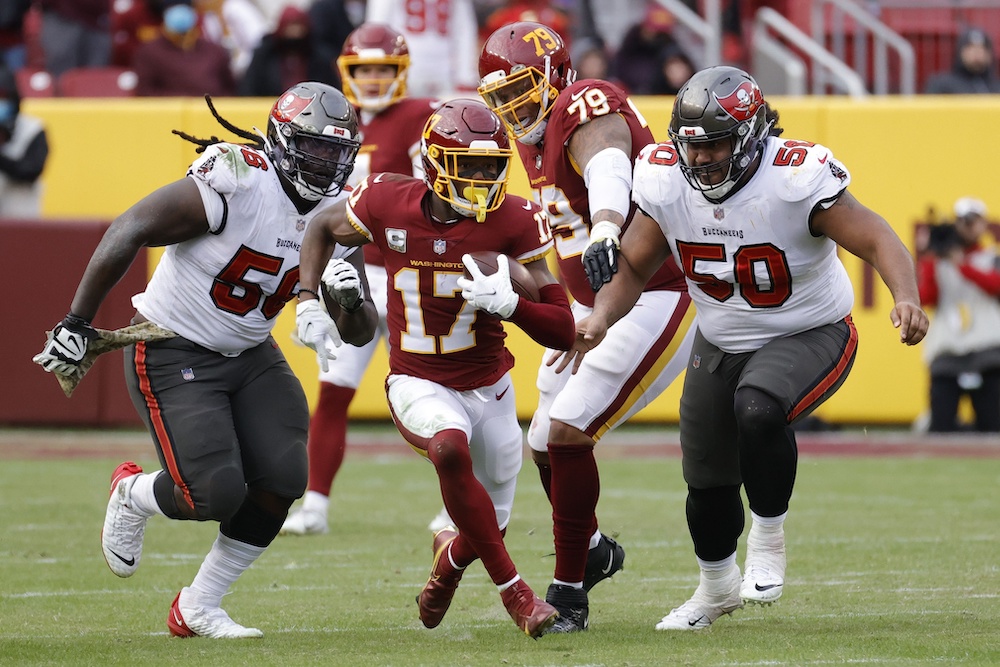 We need to talk more about the Tampa Bay Buccaneers’ defensive line.

The Bucs could very well be the best in all of football going into 2022 thanks to a hefty (in both size and talent) group, which now includes newcomers Akiem Hicks and Logan Hall, along with Vita Vea, William Gholston, Rakeem Nuñez-Roches and Pat O’Connor.

It’s not just that the Bucs have depth, they have quality depth. Each one of those guys is capable of executing the tasks assigned in Todd Bowles’ hybrid 3-4 scheme at a high level. Yes, it’s because they’re all talented – but it’s also because Tampa Bay can afford to keep them fresh. See, having that kind of depth then allows for a rotation that reduces the workload demands of individual players.

Last season, with what was essentially a five-man rotation, Ndamukong Suh played 62% of the team’s defensive snaps, while Vea played 53.2%. In fact, in Weeks 8 & 9, which were the Bucs’ only consecutive losses in 2021, Suh played as many as 78% of the team’s defensive snaps. That was 59 and 57 plays and in case you still don’t get it: that’s exhausting.

Now, Suh is gone but in his place, the Bucs now have veteran Hicks and the rookie Hall. Hicks looks to be an absolutely perfect fit in Tampa Bay and was highly lauded by the Bucs’ staff coming in. He’s used to a 3-4 system and under Defensive Coordinator Vic Fangio in Chicago, who runs a conceptually similar scheme to Bowles, Hicks thrived. In 2016, he recorded 7.0 sacks, in 2017, recorded 8.5 and then in 2018, he recorded 7.5 and earned himself a Pro Bowl nod.

The major question with Hicks is his health. The 32-year-old has had trouble staying on the field the past couple seasons, playing nine games in 2021, 15 games in 2020 with limited production and just five games in 2019. But the good news is – he won’t have to shoulder the load. He’ll be a rotational player even if he’s a starter by design. That should be a welcomed change of pace for a guy that was largely on his own in the city of broad shoulders and should protect against injury.

Now, he can be put alongside a guy like Vea and that’s 682 pounds of immovable mass right in the center of the defense.

Then there’s the young gun: Logan Hall. The defensive tackle out of Houston who the Bucs took with the 33rd overall pick stands at a whopping 6-foot-6. The Bucs love measurables and this guy has them. He’ll now get to learn from veterans like Hicks, Vea and Gholston while being coached by Bucs Defensive Coordinator Kacy Rodgers, the team’s former defensive line coach.

You can’t teach intangibles, but you can teach technique and Hall couldn’t be stepping into a better situation.

Not only does the defensive line depth help in the aforementioned rotation but that, in turn, helps the entire defense. Bowles’ defenses are predicated on stopping the run first and foremost. It makes teams one-dimensional and therefore, more predictable. Well, Vea at 347 pounds, Hicks at 335, switching out with guys like Hall and Gholston who each stand at 6’6 creates a pretty tough barrier for running backs to try and get through.

The next priorities of the Bucs’ defense are creating pressure and limiting third-down success. Well, the front helps with that, too. The Bucs are kings of simulated pressure and when you have blocker-eaters on the interior, that provides a lot more options. When those guys are also athletic, Bowles will do things like drop them into coverage, too. It’s true. Suh did it. Bowles is also notorious for dropping his outside linebackers into coverage – which is only possible if the guys on the interior can get pressure themselves.

Speaking of those outside linebackers, the likes of Shaq Barrett, Joe Tryon-Shoyinka, Anthony Nelson and newcomer Andre Anthony should enjoy their share of one-on-one matchups. There aren’t many offensive linemen in the league that can take on who the Bucs now have on the interior on their own – there are even less centers in particular that can do so. That split second spent snapping the ball before getting your hands up to block make a difference when it’s proven vets like Vea and Hicks on the other side of the line. That means they should eat up more than one blocker each and you can’t double-team everybody. The outside guys will reap the benefits and should see some major production. I’d expect a breakout year from Tryon-Shoyinka if I was a betting woman.

When the front is locked up, it allows for the back end to get more creative, as well. If they’re pressuring the quarterback, he can’t hold onto the ball as long and can be forced into more errant throws – throws that can end up in the hands of some of Tampa Bay’s ball-hawking defensive backs.

The middle level benefits, too. Lavonte David and Devin White can be more aggressive on delayed blitzes, with the guys up front paving the way. Or, they can help in coverage if they aren’t needed in the box. Even after a decade, David is still one of the best coverage linebackers in the league and this should help free him up to be… well, Lavonte David.

That’s why this defensive line could very well be the best in the league – or at least the most impactful. Not only is there talent all along it, but given the system it’s in, where everything starts up front, it just matters more.

I’d look for the Bucs’ defense to be even more aggressive and therefore, productive this year. Provided they stay healthy, they’ve built the team on that side of the ball to do it. 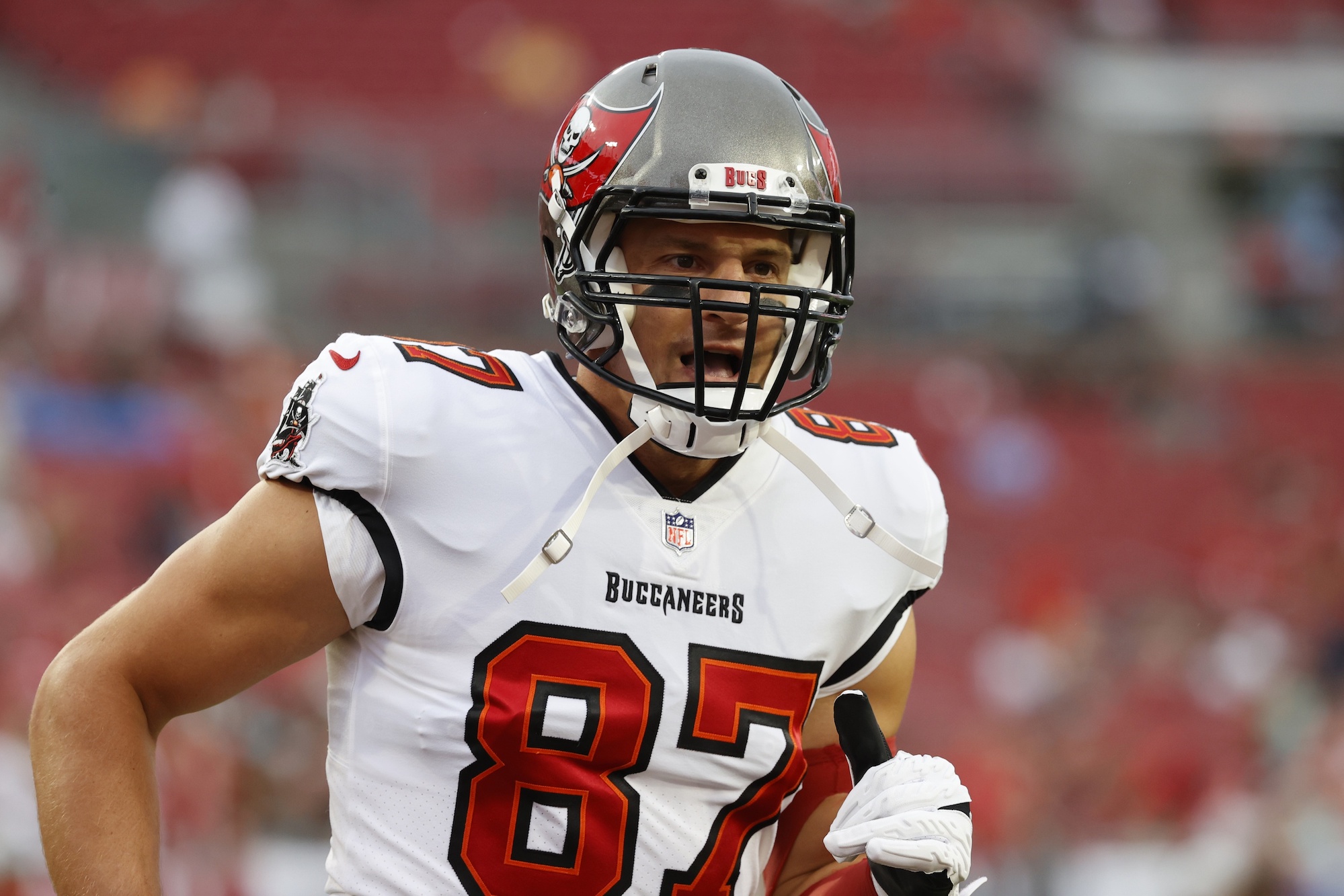 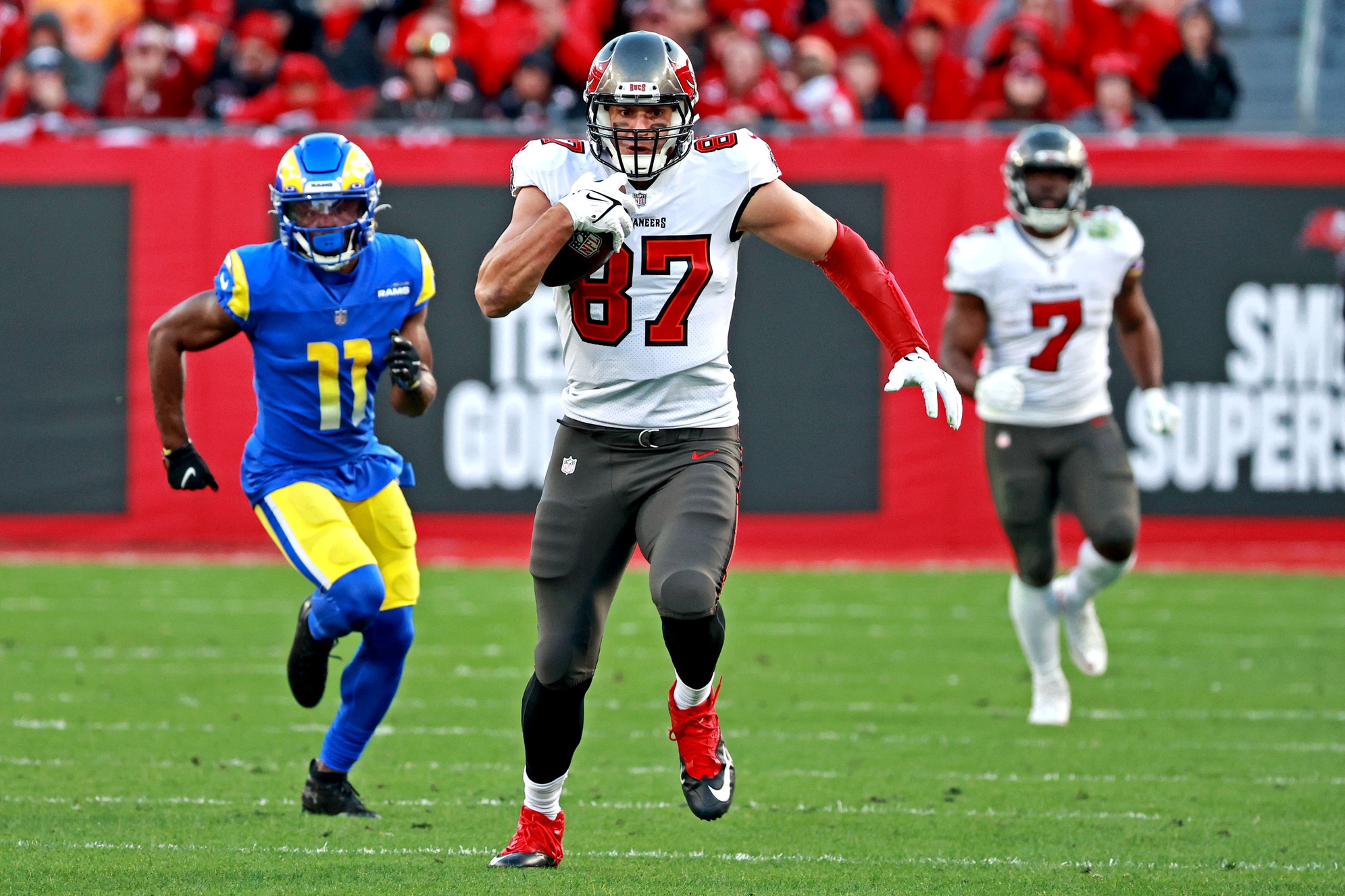