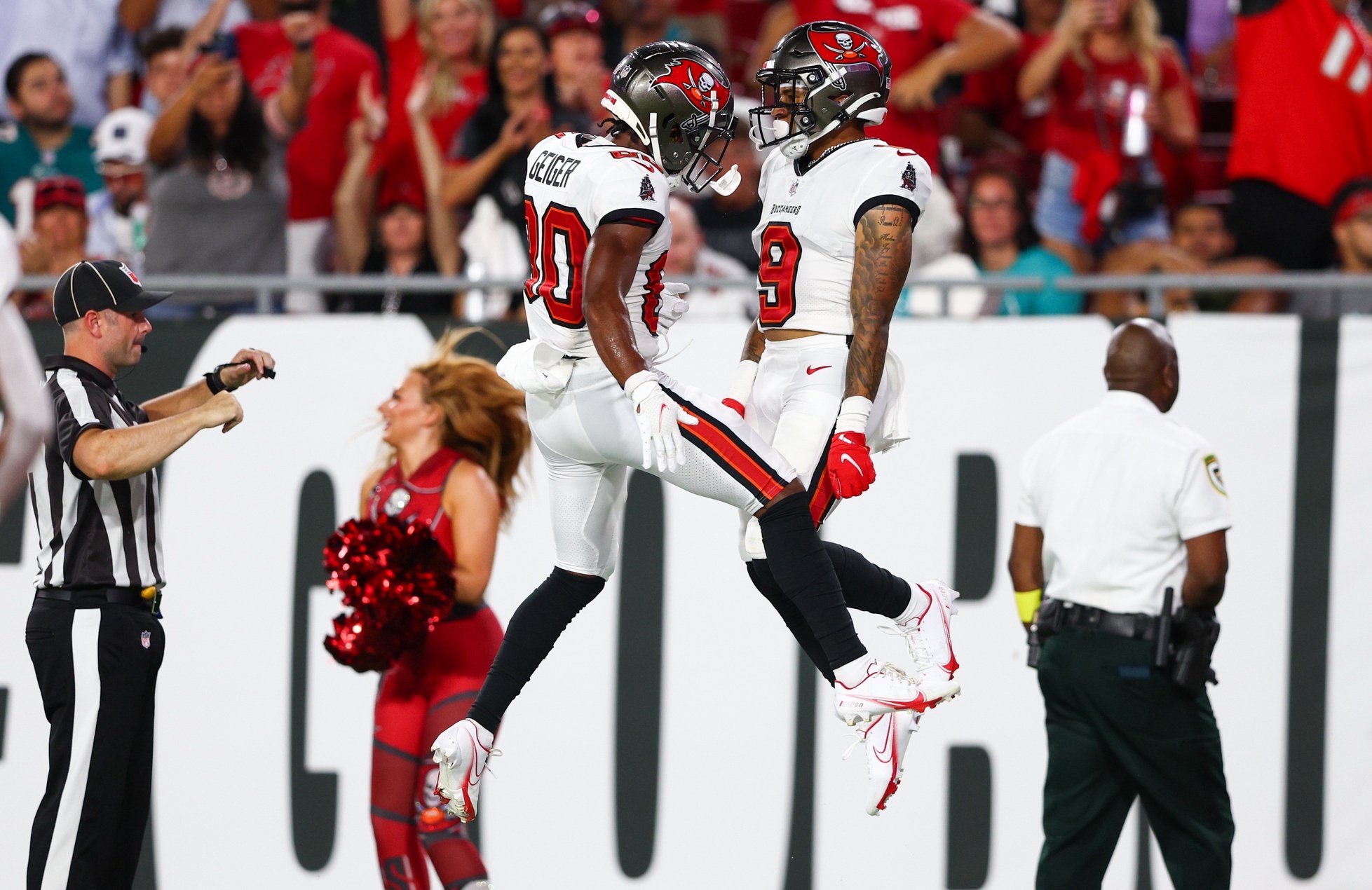 Sure, no established starters played for the Tampa Bay Buccaneers in their preseason opener against the Miami Dolphins, but that only meant that we got to see more of the players we wouldn’t see normally—and so did the rest of the league.

It’s no secret the Buccaneers have one of the deeper wideout rooms in the league—if not the deepest. Their starting lineup boasts Mike Evans, (an eventually healthy) Chris Godwin, Julio Jones and Russell Gage at the top. Then you’ve got the top of their depth with Scotty Miller, Tyler Johnson, Jaelon Darden—the three of which were starters in Saturday’s game. For the first half, it was the Tyler Johnson show, in fact. He ended up being the night’s leading receiver, catching six of seven targets for 73 yards.

“[Jerreth] Sterns and [Kaylon] Geiger [Sr.] both showed up,” said Head Coach Todd Bowles following the game. “Tyler [Johnson] showed up in the first half—those guys can play. Like I said, we have a lot of tough decisions at receiver. [Sterns] can play. He caught a lot of balls in college and when the lights came on, he turned it on. Geiger turned it on. Tyler turned it on. There’s a lot of good film to watch.”

The Buccaneers have an embarrassment of pass-catching riches and these guys all simply won’t be able to stick—even on the practice squad. In addition to all those already mentioned, we haven’t yet accounted for Breshad Perriman, who is currently working through an injury, Cyril Grayson, who has been a big-time contributor when needed in the past, plus Deven Thompkins, who has had a great camp, Kameron Brown and Vyncint Smith. A total of 13 players caught passes in a Buccaneers jersey on Saturday night. Teams will usually keep 8-10 receivers depending on their ability to play on special teams. With how deep the tight end room is too, there’s no guarantee Howland will stick, either.

I can’t help but think a lot of these guys on a different team would be in the mix to stick on a 53-man roster.

I can also think of quite a few teams who would think the same.

The Chicago Bears have been absolutely decimated with injuries to their receivers. Byron Pringle could miss the first part of the season. N’Keal Harry just had ankle surgery and will be out eight weeks. Rookie Velus Jones Jr. is still day-to-day. David Moore is ‘out for a bit’ after being carted off at practice last week. That leaves Darnell Mooney, Equinameous St. Brown, Tajae Sharpe and Dazz Newsome to shoulder most of the load. Sharpe was the leading receiver in the Bears’ win over the Chiefs on Saturday, catching both of his targets for 44 yards. It’s safe to say Chicago, among others, has a significant need for hands.

The Green Bay Packers continue to not invest a ton into their wide receiver corps. That’s just not their way. They rely on quarterback Aaron Rodgers to make developing receivers look good and most of the time, he succeeds.

That being said, he’s been used to having Davante Adams on his roster. Adams had the second-most targets of any wideout in the league in 2021, with Rodgers throwing the ball his way 169 times. He then predictably finished second in the league in catches with 123. Green Bay will now rely on Allen Lazard, Sammy Watkins, Randall Cobb and Romeo Doubs to eat up those targets. Draft pick Christian Watson is out with injury, currently. That’s not exactly a murderer’s row of weapons for one of the most pass-happy quarterbacks in the league.

And then there’s the Dallas Cowboys.

I’m really not sure what else to say other than I’m completely at a loss for their apparent apathy toward their quarterback. Dak Prescott has quite literally no secondary options to throw to and the Cowboys don’t seem to care. Amari Cooper and Cedrick Wilson Jr. are gone. Michael Gallup is hurt. James Washington is now hurt. They have CeeDee Lamb and then, well, some other guys who have never caught an NFL touchdown.

Scouts for the Bears, Packers and Cowboys should all be on flights to Tennessee to see the Buccaneers in person next week when the team travels to take on the Titans in Week 2 of the preseason. That’s all I’m saying. 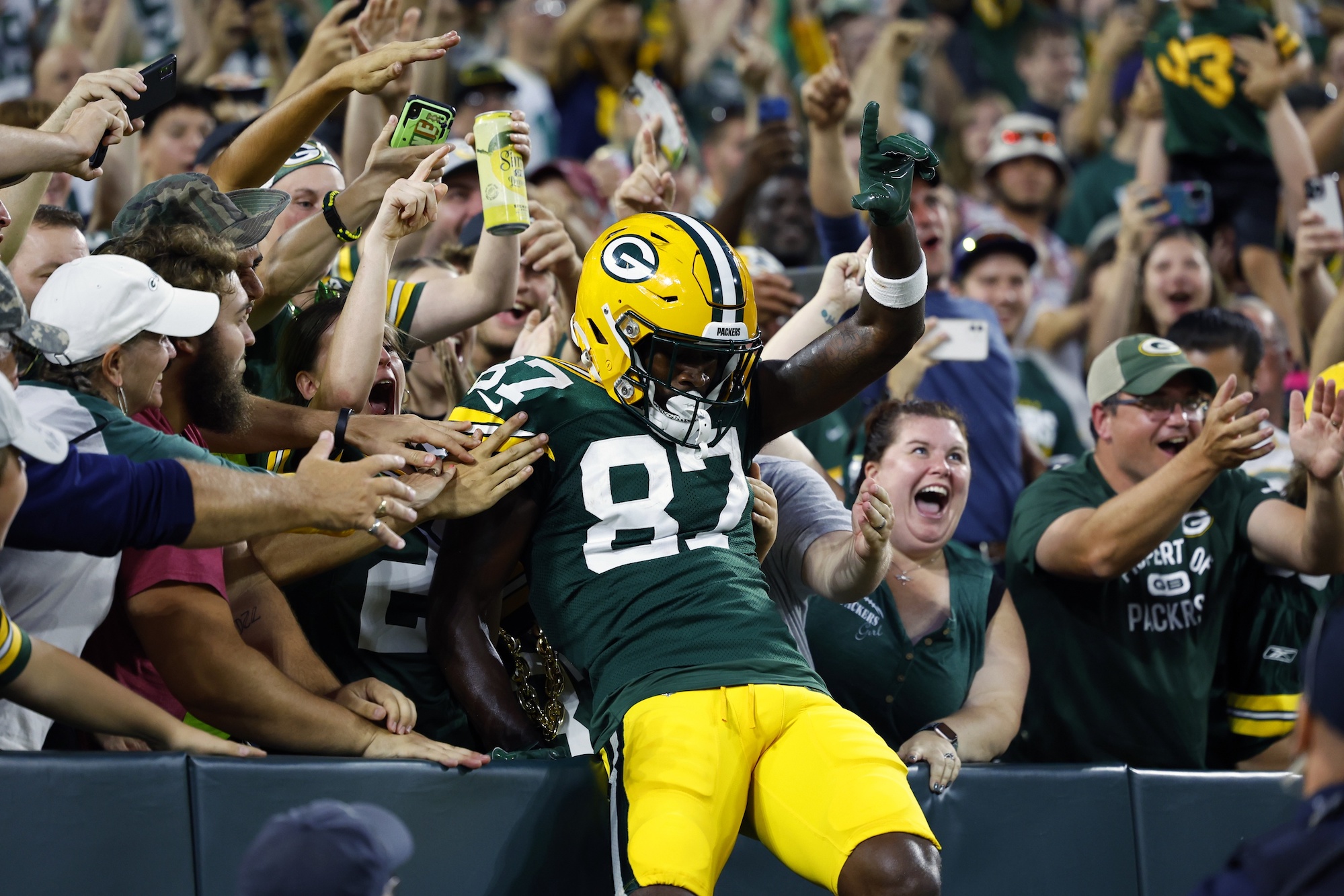 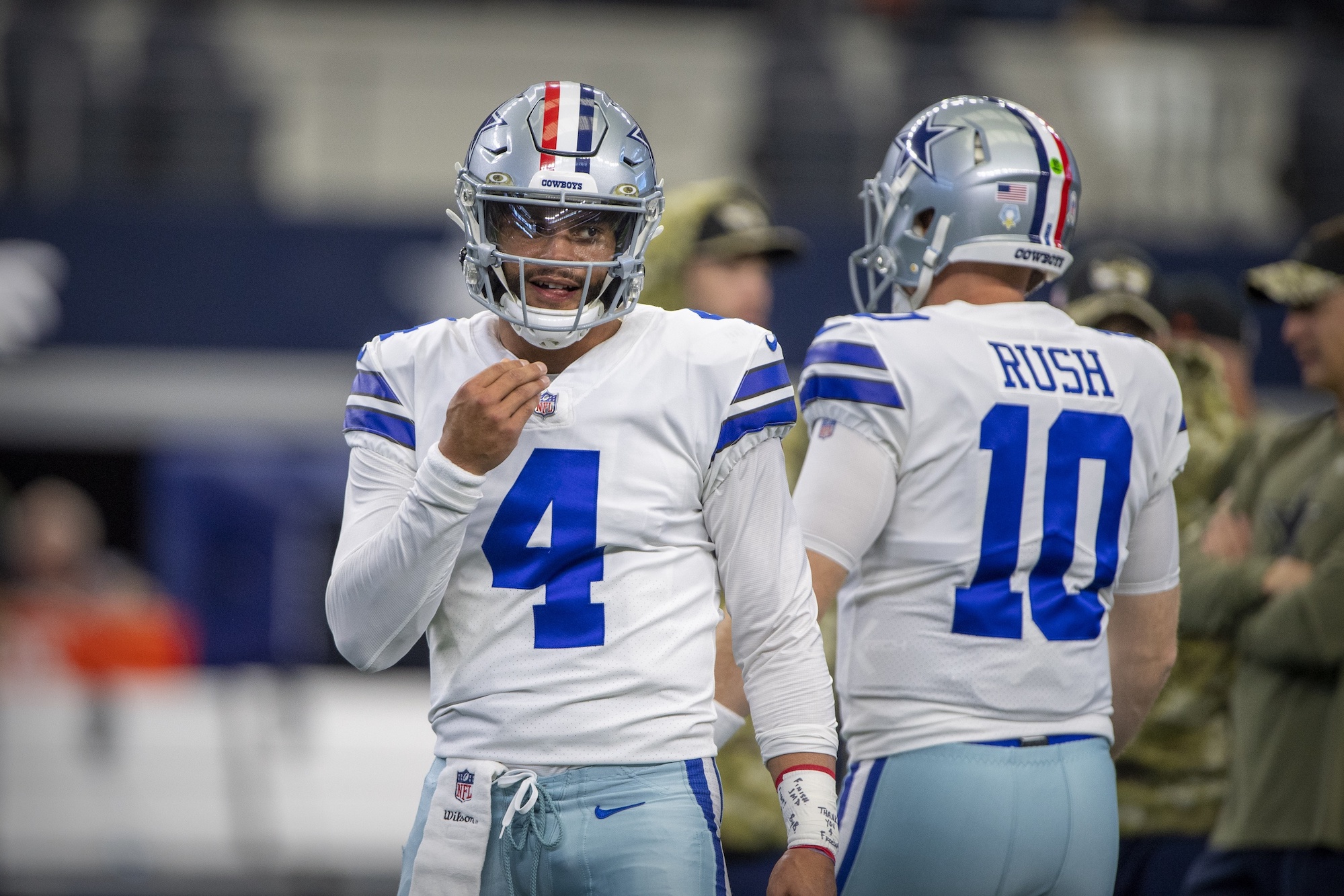