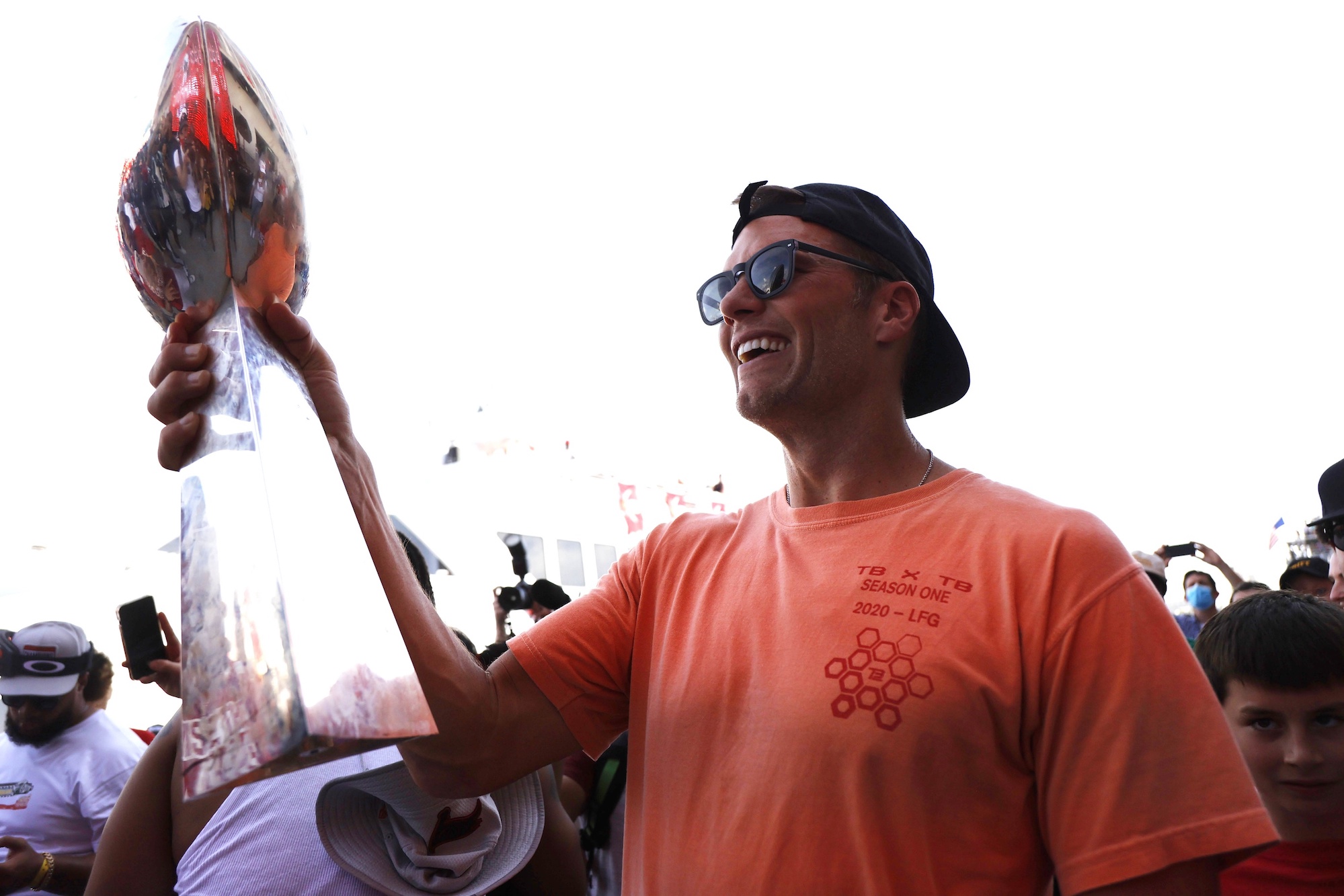 What Will Make 2022 Season A Success For Buccaneers?

Is it too much of an oversimplification to say it’s Super Bowl or bust for the Tampa Bay Buccaneers this season? Short answer: no.

Buccaneers fans have gotten spoiled with the embarrassment of riches Tampa Bay has had on its roster the past few seasons. The loss to the Los Angeles Rams in last season’s divisional round still stings and with the ultimate competitor under center in Tom Brady, it’s hard to imagine anyone, inside the organization or out, will be satisfied with falling short of the big game.

More than that, the window of opportunity could be closing in Tampa Bay. Brady already briefly retired – and though he came back, the real thing likely isn’t far off. The Buccaneers didn’t exactly have a good backup plan should Brady have stayed retired, either.

The 22-year veteran said he wanted to play until he was 45 years old. Well, he turns 45 in August. And though he’s still at the top of his game, playing at an unprecedented level in nearly all facets, how many more seasons could Brady possibly have in him? Not to mention, he didn’t come out of retirement to play second fiddle to anyone, much less in the weakened NFC conference. Though a Super Bowl loss may be the only thing that gets him to come back for a 24th season, if I’m being realistic. If the Buccaneers do, in fact, win it all this year, what would be more fitting than Brady going out on top?

Also – there’s precedent for the Bucs’ success via Brady. Dating back to 2013, when Brady and the New England Patriots lost the AFC Championship, Brady has won the Super Bowl the year after losing in the playoffs every time – at an every other year pace. Well… the Bucs lost in the divisional round last season. A year after winning the Super Bowl. How’s that for a fun fact?

Fans and teammates alike are also currently waiting on bated breath to see if the 33-year-old Rob Gronkowski decides to return this season. Gronkowski is already iffy knowing Brady is in for 2022 – if Brady retires after this season, I’d have to imagine there’s no shot Gronkowski continues to play with a different quarterback at 34 years old next year.

Speaking of the 2023 offseason, Tampa Bay has plenty of players set to be unrestricted free agents. Their defensive captain, Lavonte David, headlines the group. Newcomer Akiem Hicks, who should be a force for the Buccaneers’ defensive line this season, is only on a one-year deal. Oh, and a majority of Tampa Bay’s young but now established secondary has rookie contracts expiring. That includes Sean Murphy-Bunting, Jamel Dean and Mike Edwards.

This roster is built to win right now. It isn’t necessarily built for longevity in its current state, adding even more urgency to the coming season and expectations of success.

Those odds aren’t only because of their talented roster. It’s also because of a relatively mine-free field within the NFC. This offseason experienced a mass exodus of talent from the NFC migrating over to the AFC, making the latter by far and away the tougher conference. Getting out of the NFC and earning a Super Bowl berth is not only manageable but at this point is expected for Tampa Bay.

The Buccaneers also happen to have the seventh-easiest schedule in the league, according to Sharp Football Analysis. They have a projected win total of 11.5. And if that’s me, I’m hammering the over. It’s likely a symptom of the fact that most of the Buccaneers’ opponents are in the NFC. They also play the AFC North this season, meaning they’ll take on the defending AFC Champions in the Cincinnati Bengals, but with as talented a team as they have, every other game is winnable. They’ll have to square off against the Green Bay Packers, Kansas City Chiefs and Los Angeles Rams again, too. But Tampa Bay will have as much success as they allow themselves to.

Really all that can derail the season is injury – and even then the Buccaneers look to have more depth than they did last season. They signed wide receiver Russell Gage in free agency to be the team’s bona fide No. 3 wideout. They still have Scotty Miller, Breshad Perriman, draft picks Tyler Johnson and Jaelon Darden along with Mike Evans and Chris Godwin. That’s a pretty deep room.

The Buccaneers also have a bolstered interior defensive line rotation, not only drafting Logan Hall with their first pick of the 2022 NFL Draft, but also signing the aforementioned Hicks just the other week. They’ll slot in with Vita Vea, William Gholston, Rakeem Nuñez-Roches and Pat O’Connor.

Overall, they’re returning a majority of last year’s team and though they have a new head coach in Todd Bowles, who brings a little bit of a different energy and strategy, the personnel and staff all remain intact. Bruce Arians himself is still on staff. That continuity should translate to at least the success they had last year, which was one play away from another conference championship berth (I’m not still scarred or anything).

Though even the staff wasn’t immune from a few departures. Inside linebackers coach Mike Caldwell was poached for the defensive coordinator job under Doug Pederson in Jacksonville. He took defensive assistant Cody Grimm with him. Given the amount of success the Buccaneers are having, it’s not just players that they could lose but staff, too.

That’s why this year is so important. Even though creative accounting has allowed the Buccaneers to keep a lot of their team intact the past couple of years, it’s getting more and more difficult. All signs point to this being the year the Buccaneers return to the Super Bowl. Anything less will likely not be seen as a success – as perhaps unfair as that is of any team in June.