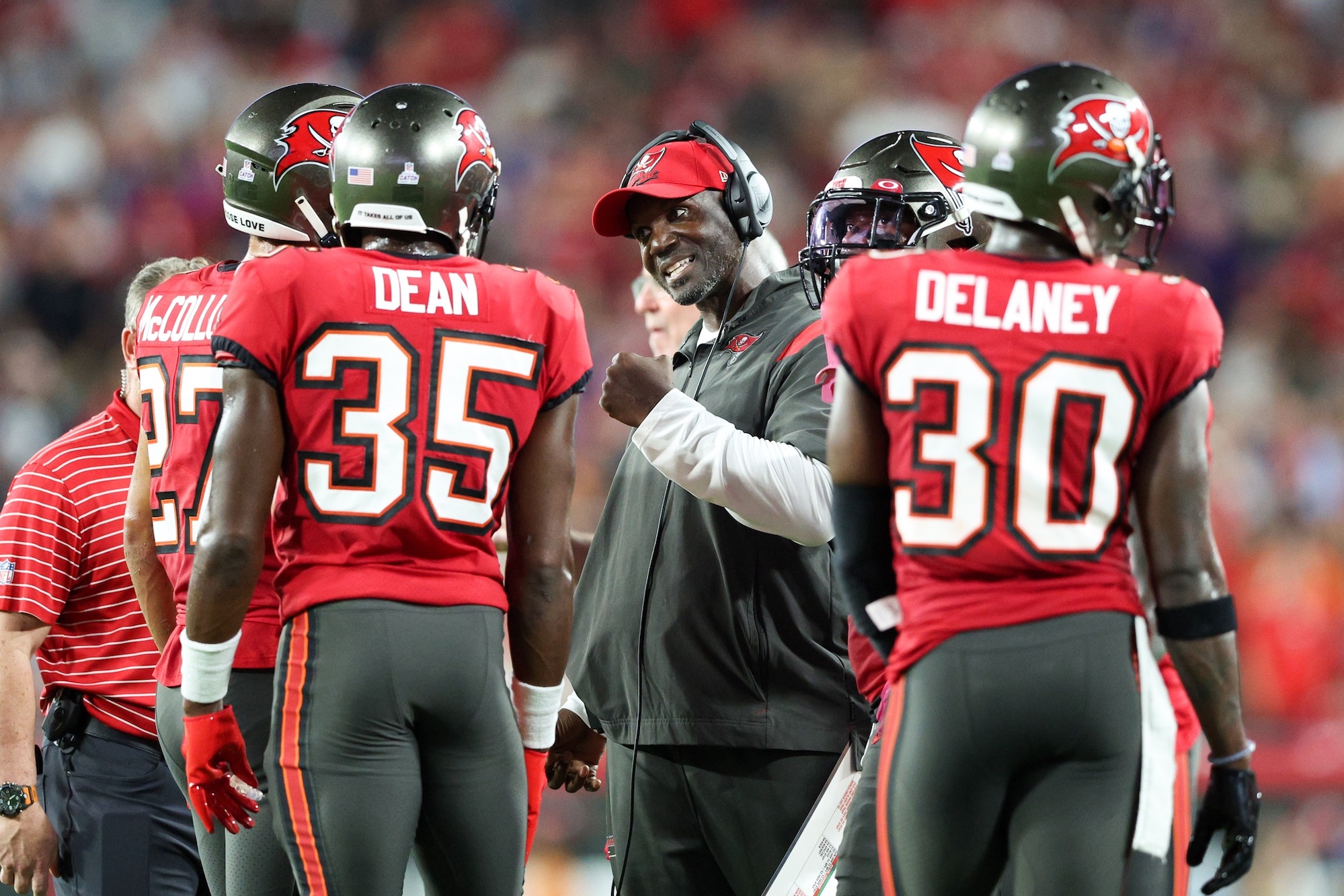 Are The Buccaneers Done?

The Tampa Bay Buccaneers were defeated 27-22 by the Baltimore Ravens on Thursday. It represents the Buccaneers’ third straight loss, bringing their record to a disappointing 3-5 through eight contests. Their losing streak includes losses to the lowly Carolina Panthers and Pittsburgh Steelers. The awful NFC South division leaves room for the Buccaneers to salvage their season, but they’re quickly heading for a lost campaign if things don’t improve.

Playing clean and efficient football appears to be an impossible task for Todd Bowles‘ Buccaneers. They’re struggling in pass protection. Their offensive line is one of the worst run-blocking units across the league. A revamped interior due to a combination of injuries and offseason salary cap difficulties has taken a sizable step backward. Starting quarterback Tom Brady is making poor, uncharacteristic decisions in tight windows. Receivers are struggling to separate with the desired consistency. Drops have also been a recurring issue.

The Buccaneers own the league’s 24th-ranked scoring offense at 18.3 points per game. It’s less than one total point more than what the Houston Texans, Panthers, Washington Commanders, and Chicago Bears are currently scoring weekly. The Buccaneers were the second-best scoring offense in 2021 at 30.1 points per contest. They’re scoring nearly two touchdowns less per game this season. Brady is on pace for 19 touchdowns, which would represent the second-lowest mark of his career despite a 17-game season (he threw 18 touchdowns in 2001). Brady has dropped two games below .500 for the first time in his illustrious 23-year career as a result.

Rookie left guard Luke Goedeke missed Thursday’s contest with injury. Goedeke has been a liability. He’s been called for four penalties and has been credited with allowing two sacks en route to an overall grade of 39.2 from Pro Football Focus. Robert Hainsey is performing rather admirably in spot duty, but the Buccaneers miss the leadership provided by usual starting center Ryan Jensen.

Tampa’s offense deserves blame for their current struggles. Bowles’ defense has largely carried over the form they enjoyed last season. They’re actually allowing five yards less per game (326.4) than they did last season (331.5). The Buccaneers currently own the league’s eighth-best scoring defense at an above-average 18.9 points allowed per showing. It marks a two-point improvement compared to last season’s mark (20.8/contest). Meanwhile, the Buccaneers were 6-2 through Week 8 last season. One unit is at the forefront of their struggles.

The division offers the aforementioned hope. Sunday’s upcoming showdown between the Panthers and Atlanta Falcons is somehow for sole possession of first place in the NFC South. Neither team is expected to finish the campaign with a winning record. The New Orleans Saints are similarly disappointing at 2-5. The division is offering a lifeline, but the Buccaneers don’t exactly look like a squad capable of taking advantage.

Brady returned to the Buccaneers for another season following a short-lived, controversial retirement. He steadfastly believed that the Buccaneers remained legitimate Super Bowl contenders. General manager Jason Licht appropriately treated his roster as if it was in win-now or bust mode, understandably so given the presence of a 45-year-old Brady under center. The Buccaneers aren’t even playing like a wild card team in an average NFC conference, let alone a Super Bowl threat.