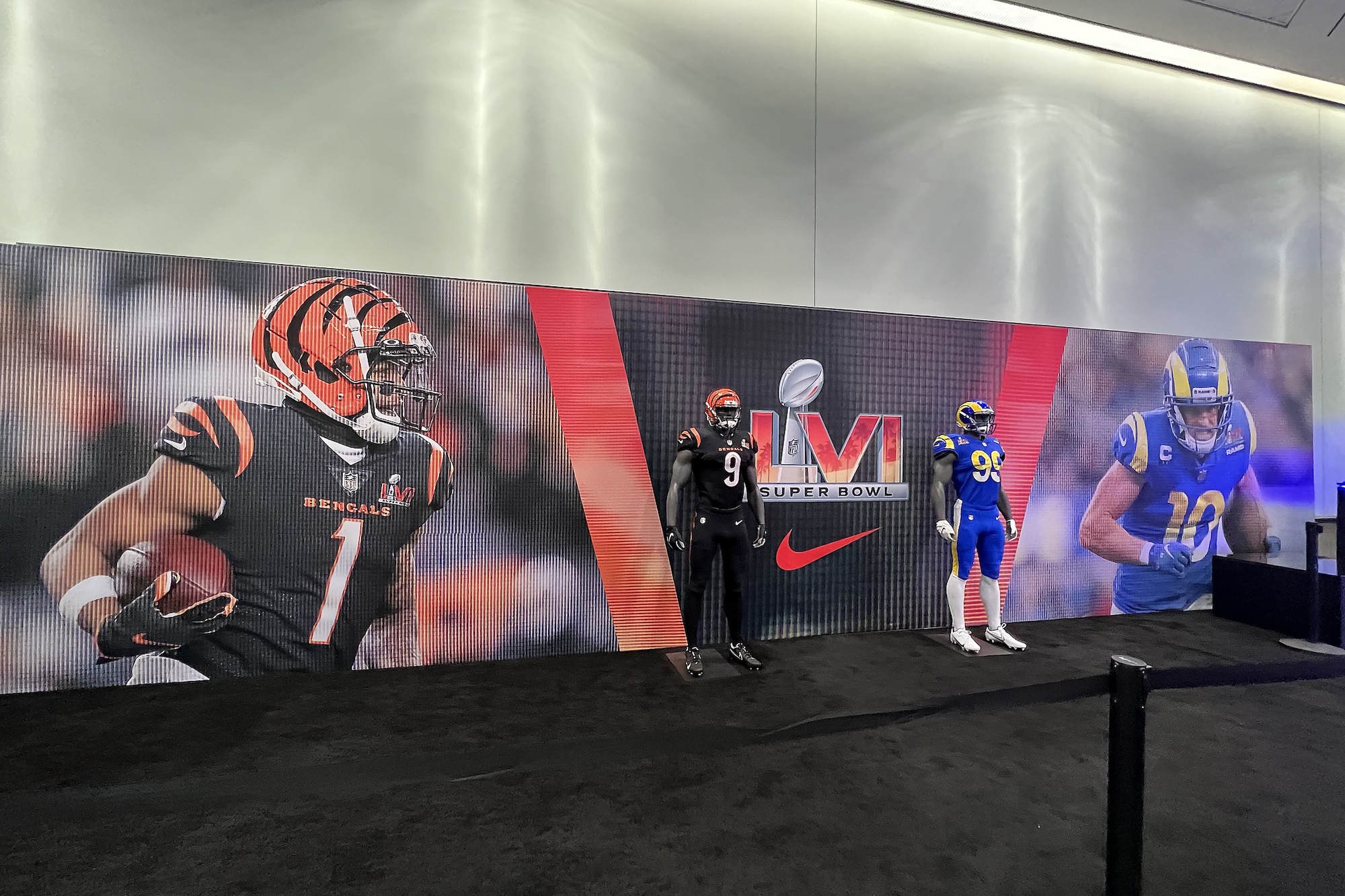 In a Super Bowl everyone should be happy about, it’s refreshing to see new teams competing for the crown. And with new teams, comes new faces and new skill sets for fans to fall in love with. A game that has become desensitized to the public eye as the reign of the New England Patriots and Kansas City Chiefs have hogged the AFC baton, after failing to win a playoff game since 1991, the arrival of the youth-infused Cincinnati Bengals and their high-flying offense has turned heads from their demons of the past to a bright and fruitful future masthead by quarterback Joe Burrow and running mate Ja’Marr Chase. A connection that almost never was, as the Bengals flirted with taking Oregon’s Penei Sewell at No. 5 overall before ultimately “settling” with Chase, it’s safe to say de facto general manager Mike Brown got it right in the former LSU standout, re-pairing a connection that captained the Tigers to a 2019 CFP title. And while Cincinnati’s biggest test on Sunday will come in their ability to keep Burrow upright and able to scan downfield, that topic is for another time. For now, let’s focus on Burrow and Chase, one of the most dominant quarterback-wideout combinations in football this fall, and a duo that, if they catch fire, have the ability to ravage the Rams’ defensive gameplan.

In two seasons at LSU and one in Cincinnati, Burrow and Chase have combined for 206 catches for 3,801 yards and 37 touchdowns. Gaudy numbers, surely, but it’s been a result of a dedicated effort to continue a rapport that has invited comparisons to some of football’s most historic QB-WR duos.  There wasn’t a tandem in football that stretched the seams of a defense like Burrow-Chase, as Zac Taylor’s offense thrived on nine-balls, yielding 542 yards and seven touchdowns from the aforementioned duo. Plus, with eyes fixated on No. 1 throughout the year, despite an attempt from defensive coordinators to double and bracket Chase, Taylor’s continued evolvement of his aerial attack to move Chase out wide, slide him inside to the slot while motioning him from one side of the formation to the other pre-snap, often tangles defensive responsibilities, opening up throwing lanes for Burrow and further room to work for the likes of Tee Higgins and Tyler Boyd.

On the opposite side of the field lies the tandem of Matthew Stafford and Cooper Kupp, the latter representing Mr. Everything for Sean McVay’s group this fall. The triple crown winner after totaling the most receiving yards, touchdowns, and receptions of any wideout in football, you can bet the house that Stafford will look Kupp’s way early and often on Sunday.  In an offense that has continued to get healthy after losing Robert Woods earlier in the year, the reinsertion of ball-carrier Cam Akers and addition of wideout Odell Beckham Jr. into the fray should allow Kupp to work seamlessly at every level of the Bengals defense. While the Rams could opt to have corner Jalen Ramsey travel with Chase all evening long, the Bengals are vacant of a true CB1 and rely on safety Jessie Bates to do a lot of the heavy lifting on the back end, which spells trouble for the shallow to intermediate areas of the defense, the space in which Kupp has dominated all year long.   Placing the two duos on paper makes it tough to attempt to decipher who will enjoy the bigger impact, but for once, just sit back and enjoy the level of play each offense will display on the league’s biggest stage. A matchup that has the potential to light up the scoreboard, the influx of show-stopping pop provided from the tandem of Burrow and Chase, and veteran prowess displayed from the arm of Stafford and the playmaking ability of Kupp should result in a high-octane, back and forth battle you, the faithful fan of the NFL, have so longed for.  Kick-off is right around the corner.