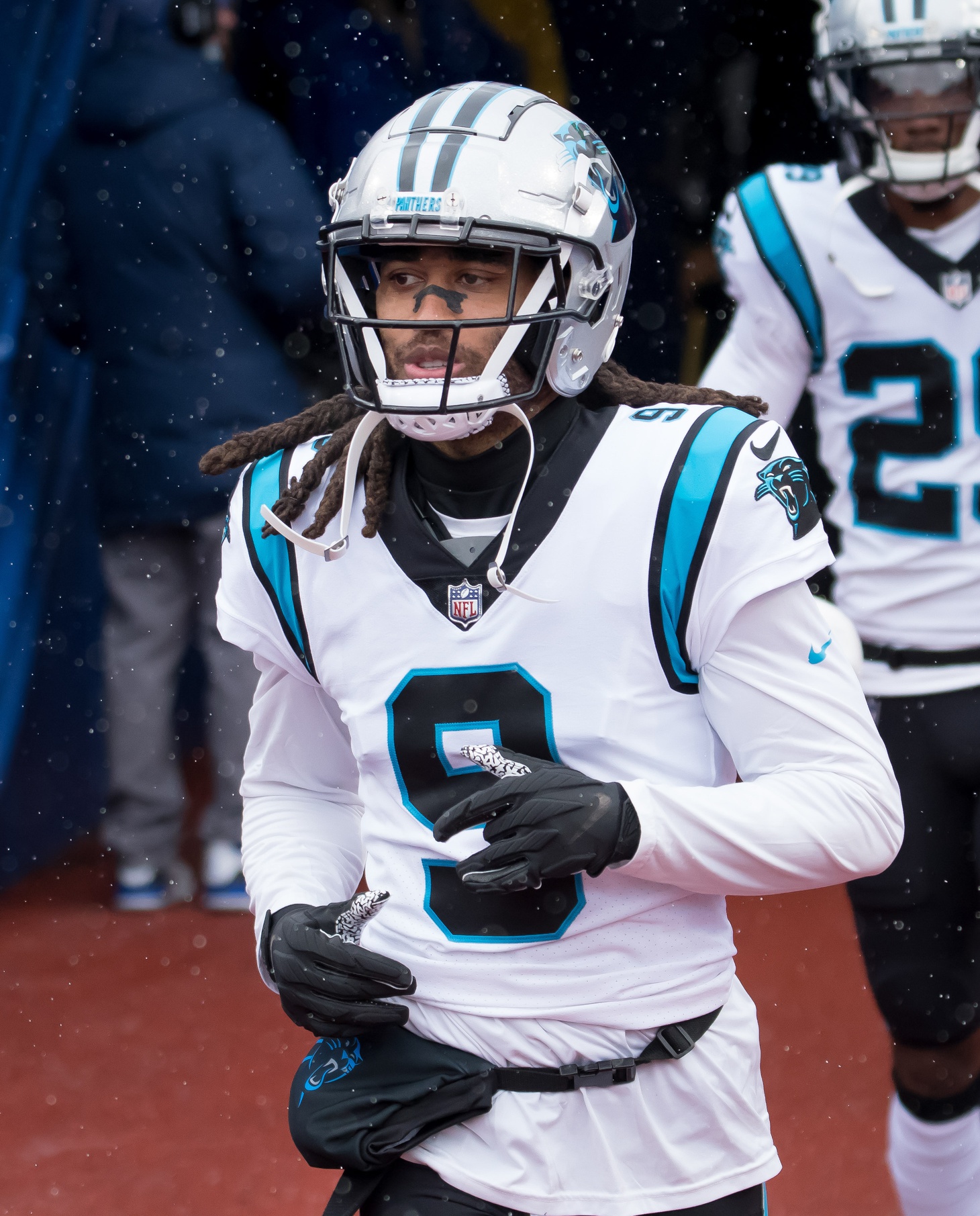 Wednesday’s free-agent activity welcomed a flurry of jaw-dropping moves while proving that the NFL offseason is just getting started—more craziness is on the way. Elite pass rusher and two-time Super Bowl winner Von Miller signed a staggering six-year contract worth $120 million with the Buffalo Bills in a move that could get the Bills over the hump in the ever-competitive and cluttered AFC. Miller was one of the more intriguing free agent defenders left, but plenty of other game-changing veterans remain available. For teams who are looking to improve their cornerback room, five-time Pro Bowler Stephon Gilmore easily qualifies as the most productive cover-man still on the open market.

The 2019 NFL Defensive Player of the Year, Gilmore has consistently thrived when asked to shut down the opposing team’s best receiver in press-man coverage on the boundary. Gilmore’s age has begun to show a bit in recent years, but the 31-year-old remains a high-level starting cornerback. Cornerbacks must be able to survive in press-man coverage in today’s pass-happy league and Gilmore is one of the best at his craft.

We’ve identified three free-agent fits for Gilmore as his decision regarding his next destination looms large.

According to multiple reports, the Raiders are considered the favorites to land Gilmore’s services and it’s easy to understand why on the surface. Las Vegas desperately needs to secure a few upgrades at the cornerback position, and Gilmore would certainly fill that requirement.

Wednesday’s blockbuster trade that saw general manager Dave Ziegler acquire ascending cornerback Rock Ya-Sin from the Indianapolis Colts in a move that sent Yannick Ngakoue the other way is a quality start, but more is needed. Ya-Sin slots into one of Vegas’ outside cornerback spots, and Nate Hobbs is an excellent nickel corner, but adding another veteran that can start on the boundary opposite Ya-Sin would be a wise move. Travyon Mullen has previously struggled in that spot and betting on him to lock down that position would be a risky move.

Playing in the AFC West means the Raiders must be better prepared to defend the pass going forward. Patrick Mahomes and the Kansas City Chiefs, Russell Wilson and the Denver Broncos, Justin Herbert and the Los Angeles Chargers will undeniably test the Raiders’ secondary on an extremely consistent basis six times per season. These inner-divisional contests will likely determine the AFC West winner, and the Raiders will need to play some excellent defense if they hope to reign victorious in the most entertaining division in all of football. Wednesday’s signing that paired Chandler Jones with Maxx Crosby was an excellent start. Now it’s time for the Raiders to address their secondary. Gilmore would be a huge get.

General manager Kevin Colbert took a relatively low-cost flier on former Bills cornerback Levi Wallace earlier this week, but more is necessary if the Steelers hope to field a more impressive group of cornerbacks next season. The Steelers have spent the early portion of their offseason attempting to fix their offense with the additions of Mitchell Trubisky, Mason Cole, and James Daniels, and now it’s time to shift their focus back to the defensive backfield.

Joe Haden and Ahkello Witherspoon are both unrestricted free agents and could decide to play next season elsewhere at this juncture. Witherspoon and Haden combined for 634 coverage snaps in 2021, via Pro Football Focus. Should they depart the franchise, that’s a lot of snaps that are going to need replacing.

Pittsburgh’s current group of corners relies a bit too heavily on former draft-bust Justin Layne for my liking. Cameron Sutton is a quality nickel corner and the aforementioned newly-signed Wallace should start on the outside, but another high-level boundary cornerback would help take this group to the next level.

Head coach Mike Tomlin has shown a willingness to play more man coverage on critical passing downs as of late, and Gilmore fits that ideology like a glove. Playing in the AFC North alongside Joe Burrow and the Cincinnati Bengals means the Steelers have to employ some corners capable of limiting Cincinnati’s high-flying offense. The Steelers possess enough cap space ($22.7 million) to pursue Gilmore.

The Chiefs do not currently possess the cap space necessary to pursue Gilmore, but a reported extension for Tyreek Hill is near and will award general manager Brett Veach with some much-needed immediate breathing room. Veach has consistently gotten the Chiefs out of salary cap trouble in recent years, and the same outcome is expected here. Many doubted his ability to retain Mahomes, Hill, Frank Clark, and Travis Kelce long-term, but lo and behold, they all remain in Kansas City. Other franchises such as the New Orleans Saints routinely circumvent and manipulate the cap. All this to say if the Chiefs want to create room to consider signing Gilmore, Veach will almost certainly find a way.

The departure of Charvarius Ward (who signed with the San Francisco 49ers) has left Kansas City’s cornerback plans a little overly reliant on the likes of DeAndre Baker. More changes are coming to this secondary, as both Mike Hughes and Tyrann Mathieu are unrestricted free agents and both defenders are expected to sign elsewhere. The Chiefs remain strong Super Bowl contenders, but the rest of the AFC West has been extremely aggressive this offseason in hopes of closing the gap. Adding Gilmore to the fray would signal Kansas City’s intentions to remain ahead of the curve. 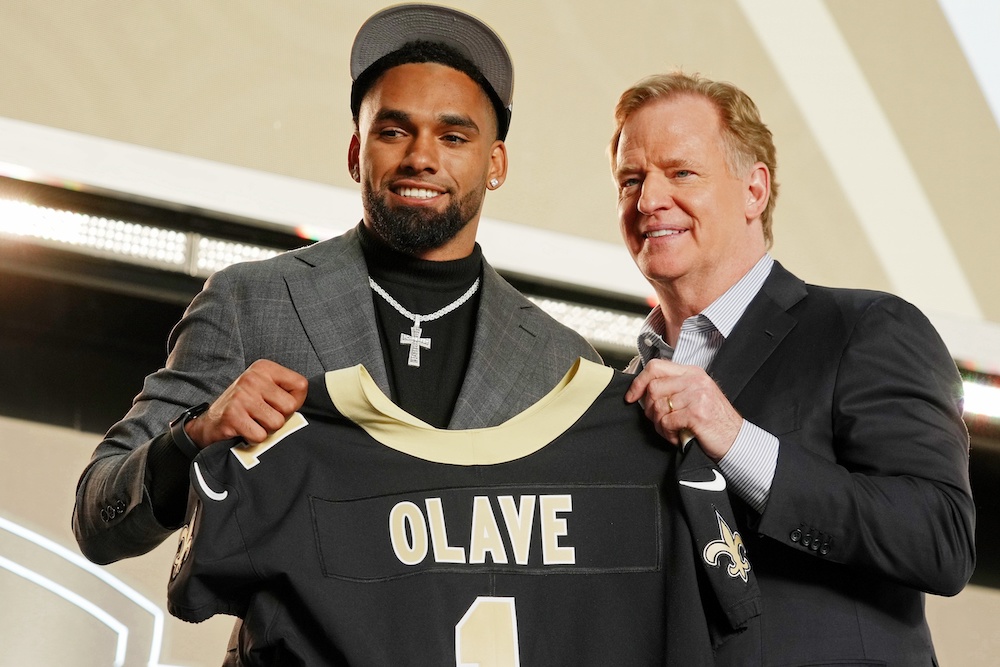