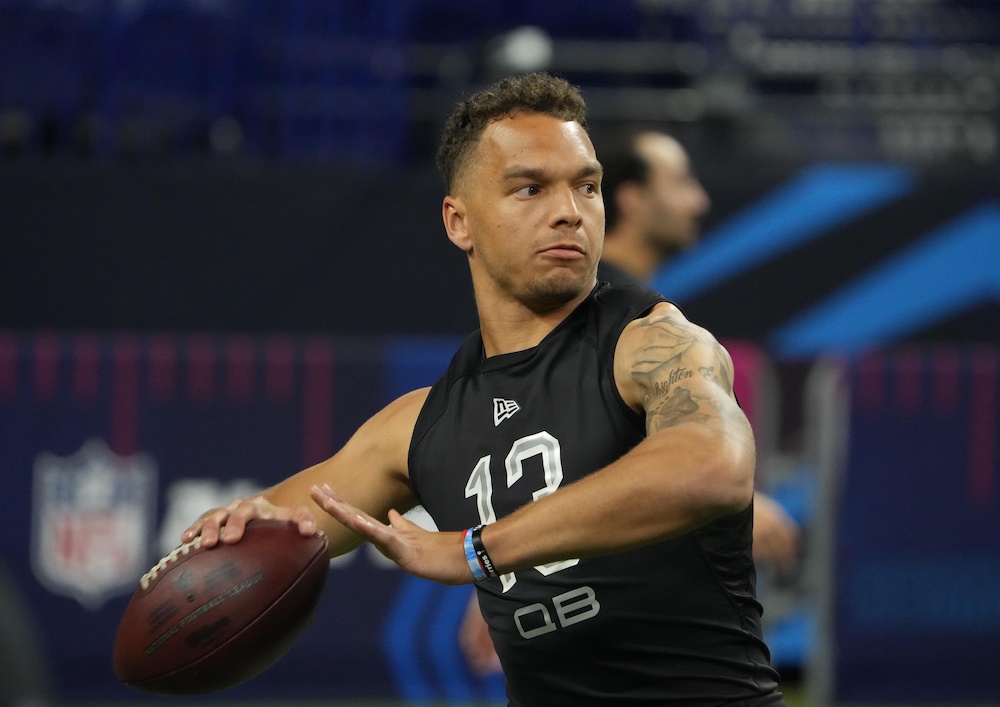 The Pittsburgh Steelers are not in a rebuild, rather a retooling mode. Finding a quarterback is and should remain priority No. 1. Ben Roethlisberger played his final game on Sunday night against the Kansas City Chiefs—the end of an era in the Steel City. This creates an important void to fill, a void that can be addressed via free agency or the 2022 NFL Draft. I have decided to address the quarterback position in the draft. Here is my seven-round mock draft, with trades, for the Steelers.

Trade 1: Steelers receive picks 27 and 129; Bills receive pick 20 Trade 2: Steelers receive pick 26; Dolphins receive picks 27, 237 Despite the negative reviews of this quarterback class, there is talent to value. Is the talent on the raw side of the spectrum? Maybe, but it does not diminish the physical and athletic potential of these young passers. Desmond Ridder is a talented dual-threat quarterback with a big arm. As with every young quarterback, coaching is pivotal for early success. Ridder’s ability as a runner will help alleviate some of the offensive line woes in pass protection. This offense has playmakers at wide receiver, running back, and tight end. This supporting cast can help Ridder’s developmental timeframe along with head coach Mike Tomlin. Placing an immobile statue-esque pocket passer behind this offensive line is not a successful recipe. Ridder can utilize his legs and big arm to push the ball downfield when called upon.

Trade: Steelers receive pick 33; Jaguars receive picks 52, 129, 221 Dan Moore Jr. was a project at left tackle that did not prove to be a success. In this year’s camp, maybe test him on the right side or inside at guard. Nonetheless, the blindside protector role remains open. Trevor Penning is a nasty and physical tackle that finishes his opponents. His impact would be felt early on in the run game—this pick bodes well for Najee Harris. At 6-foot-7, Penning’s length keeps edge rushers at bay in pass protection while acting as a vacuum in the run game. That gritty and nasty playstyle will ingratiate him with the Steelers fan base.

Devin Bush has not lived up to the pre-draft hype coming out of Michigan. Joe Schobert’s contract has an out built in beginning this offseason with a $1.77 million dead cap hit pre-June 1. Pittsburgh finished the regular season as the worst run defense in the league allowing more than 145 yards per game. Quay Walker is a big, athletic linebacker. He is impactful triggering downhill to play the run. Assuming the injuries to the defensive line aren't a major issue again, Walker would form an athletic pairing with Bush. If Bush’s play does not trend upward, the team can move on without picking up his fifth-year option.

Joe Haden is headed for free agency and it is unknown if he will return. Free-agent acquisition Ahkello Witherspoon was a bright spot for the Steelers' defense. Adding more talent to this defense is important to retain their reputation. Akayleb Evans is a long and physical corner with versatile coverage abilities. While he can align and work in man coverages, his best ball comes out of zone designs. He is a raw prospect that will need development, but he has the tools and traits to be an asset defensively.

Trade: Steelers receive pick 154; Vikings receive pick 176, 2022 sixth-rounder JuJu Smith-Schuster and James Washington will be free agents this offseason. Retooling the receiver room is necessary, but not an alarming priority. Justyn Ross can fill the Y/big slot receiver role left by Smith-Schuster with a bit more dynamism. Ross’ above-the-rim ability would give Ridder another big-body receiver that extends the catch point. He will work well in the shorter to intermediate areas of the field, allowing his strength to create YAC opportunities. The Steelers would be able to attack every blade of grass with this receiver corps. That instills confidence in any quarterback that starts the season under center.