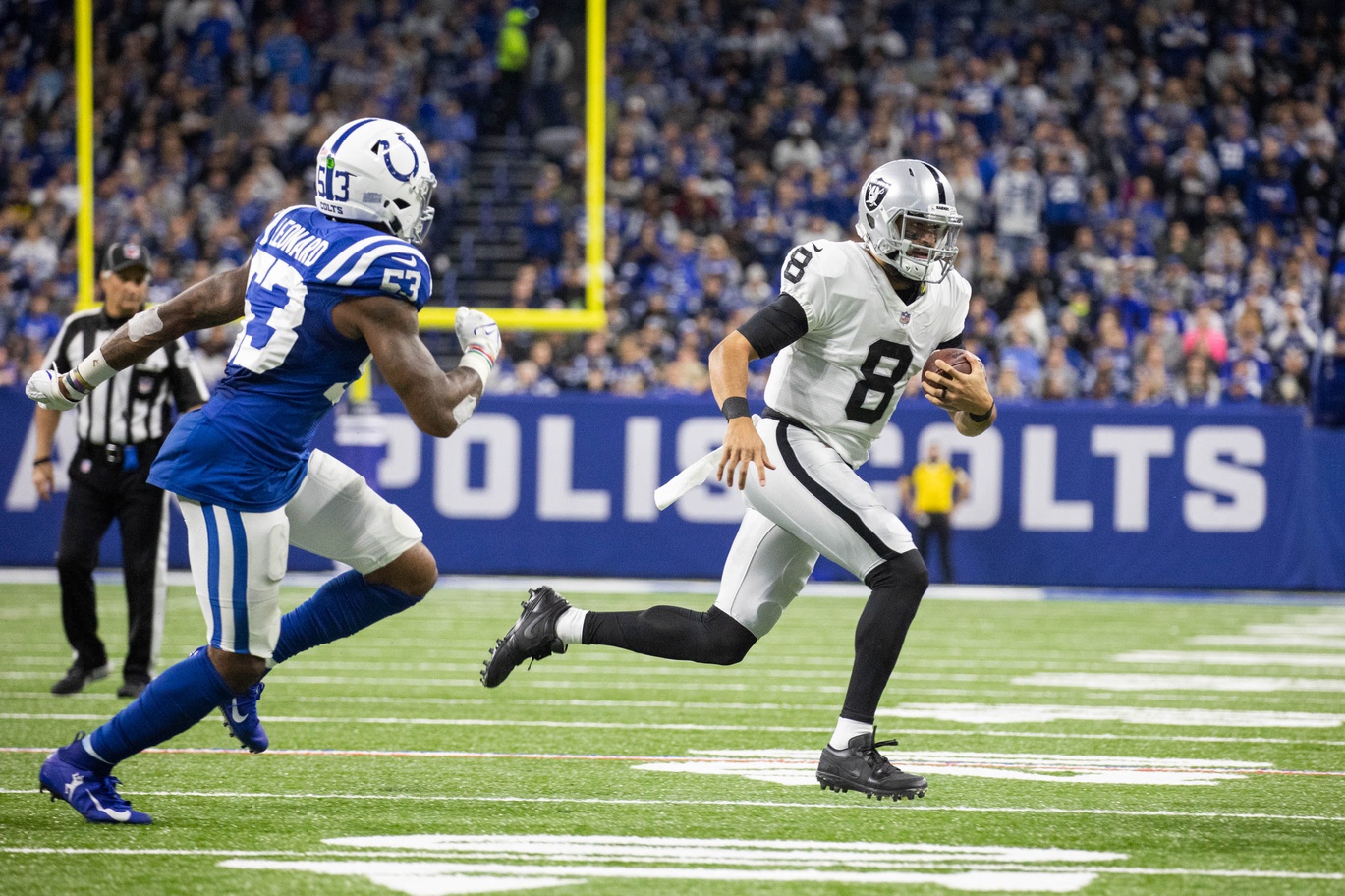 Steelers Should Target These 6 Free Agents

For the first time in nearly two decades, the Pittsburgh Steelers will enter the 2022 campaign with a new starting quarterback under center. Ben Roethlisberger's retirement has forced the Steelers to usher in a new era. Current and long-time general manager Kevin Colbert has also announced his decision to retire following the conclusion of the 2022 NFL Draft. The Steelers have yet to formally hire his successor, but an in-house promotion is largely expected given Pittsburgh's affinity for continuation. On that topic, head coach Mike Tomlin will return for his astounding 16th season as the Black and Yellow's head honcho. Tomlin offers a steadying presence in an offseason abundant with change. Pittsburgh must use the upcoming free agency period to address a roster that possesses several holes, particularly at the quarterback and offensive line positions. Pittsburgh has $29.5 million in available cap space, via Spotrac. With T.J. Watt's extension already taken care of, the Steelers don't have any high-level free agents. They can afford to be aggressive players in free agency. The AFC North was extremely competitive in 2021, and the Cincinnati Bengals and Baltimore Ravens appear poised to serve as willing rivals for the next 10-plus years. The Steelers have some catching up to do. With cap, team needs, pending free agents, and draft selections all put into consideration, here are three offensive and defensive free agents Pittsburgh could target when the signing period begins on March 14.

Pittsburgh can't possibly hand the starting quarterback job over to Mason Rudolph without exploring alternative options. The fifth-year Rudolph has been below average throughout his inconsistent showings as Roethlisberger's longtime backup, and the Steelers would be wise to at least add veteran competition to their roster with the intention of having a true battle for the gig throughout training camp. The Steelers could also opt to draft a quarterback with the 20th overall selection in April's draft, but the likes of Liberty’s Malik Willis and Pittsburgh’s Kenny Pickett may be long gone by then. Marcus Mariota is one of the most intriguing free-agent quarterbacks on the market. Mariota recently flashed potential throughout his two-year tenure with the Las Vegas Raiders, who mostly used him sparingly near the goal line. Mariota may be ready for another opportunity to claim a starting quarterback job after previously flaming out in Tennessee with the Titans. A former Heisman winner, Mariota is an extremely athletic quarterback that is better suited to operate in offensive coordinator Matt Canada's offense, which prefers to lean on run-pass option (RPO) plays. It requires a dual-threat quarterback to run such a system and Mariota is significantly more athletic than Rudolph is.

Pittsburgh's interior offensive line was an absolute mess all throughout 2021. Trai Turner was particularly abysmal at right guard and is currently set to become a free agent. The Steelers will almost certainly pursue an upgrade while showing little interest in retaining Turner, who earned $3 million in 2021. Rookie center Kendrick Green was miscast at the position and a move back to guard could potentially be on the cards in hopes of re-establishing his potential. Green spent the majority of his collegiate career at left guard and could qualify as an in-house replacement for Turner. Signing a proven, veteran center would go a long way towards fixing Pittsburgh's interior woes while allowing Green to return to a position he's previously thrived at. That addition should be a highly-experienced center, as Pittsburgh's young offensive line already possesses enough youth across it’s starting five. The 32-year-old Matt Paradis is still playing at an extremely high level despite his advancing age. Tomlin recently hired Pat Meyer as Pittsburgh's new offensive line coach. Meyer spent the previous two seasons as Paradis' position coach with the Carolina Panthers. Meyer should immediately bang the table for Paradis to join him in Pittsburgh.

Chukwuma Okorafor will see his contract expire in March and the Steelers may or may not be interested in offering him a long-term extension. Okorafor is a capable starting tackle, but it will be interesting to monitor how the Steelers perceive his value after Okorafor earned just $851,841 in 2021, via Spotrac. The Steelers should be serious about upgrading their offensive line and they could dream bigger than what Okorafor has delivered. Dan Moore Jr. had a decent season given that he was thrust into a starting role at left tackle as a fifth-round rookie, but veteran competition would come in handy. The Steelers simply can't afford to replicate last season's offensive line production. The talents of Najee Harris were largely wasted behind a horrid O-line and a much-needed makeover is the definition of necessary. The tackle spot wasn't nearly as large of an issue for the Steelers as the guard and center positions were, so the Steelers likely won't splurge. Riley Reiff is a capable offensive tackle that has played both left and right tackle. The Steelers are awfully familiar with Reiff, who spent the 2021 season competing in a common division. Reiff could legitimately compete for both tackle spots throughout training camp.

For as excellent as the Steelers were defending the pass this past campaign, they were surprisingly equally as poor at stopping the run. The Steelers allowed a staggering league-leading 146.1 rushing yards per contest. Their opponents routinely experienced success by attacking Pittsburgh's front seven via the ground game. That will cause a lot of sleepless nights for a brilliant defensive-minded head coach such as Tomlin. It’s an unacceptable development in a division that features run-heavy offenses such as the ones found in Baltimore and Cleveland. A big-bodied run stopper is more than necessary. Folorunso Fatukasi would brilliantly surround the likes of Watt and Cameron Heyward across Pittsburgh's defensive line. Fatukasi is one of the league's most consistent run stuffers. Fatukasi offers little-to-nothing as a pass rusher, but the Steelers aren't in need of more quarterback hunters. Watt is one of the best sack-artists in the NFL and the Steelers accumulated a league-leading 55 sacks in 2021. It's their less-than-desirable run defense that needs immediate addressing. The midseason acquisition of Montravius Adams helped but more is needed. Fatukasi could occupy double teams while helping Pittsburgh's run defense take the much-needed step forward.

Pittsburgh's long-time defensive coordinator Keith Butler retired this offseason. Butler was ultimately replaced by Teryl Austin, who received a promotion after serving as Pittsburgh's senior defensive assistant and secondary coach. Austin is a popular figure within Pittsburgh's locker room, and his players were excited to hear of his newfound promotion. Not much is expected to change, however, as head coach Tomlin will continue calling plays defensively. Pittsburgh's pass defense was quite stingy last season, allowing just 215.1 yards through the air per contest. Drastic changes aren't necessary. The likes of Minkah Fitzpatrick and Cameron Sutton are good-to-great players, and the Steelers are more likely to make a depth signing or two than they are to pay top-dollar for a game-changer. Veteran corner Joe Haden is on an expiring contract after earning a whopping $11.2 million in 2021 and could explore opportunities elsewhere. Ahkello Witherspoon has continued to develop nicely in Pittsburgh. This group could use an injection of deep speed, and Cincinnati's Darius Phillips is a quick-twitch corner. Phillips has played well in a limited role. The Steelers have received a front-row seat to his ascending talents in the AFC North. Defensive coordinator Austin was in Cincinnati when the Bengals drafted Phillips in 2018, so there's a pretty notable connection here.

Devin Bush graded out as one of the worst run defenders in the league this past season, earning an unfathomable grade of 27.2, via Pro Football Focus. The 2022 campaign qualifies as a massive one for Bush's future, as the former Michigan standout is inching dangerously close towards being labeled a bust. Bush may find himself in a part-time role if he fails to get his act straight while proving he's a true three-down defender. We've appropriately dogged the Steelers' horrid run defense and we continue to address a weakness by adding run-stopping linebacker Josey Jewell. Jewell is very much the anti-Bush. He uses excellent read-and-react ability to make plays against running backs in the backfield. Adding Jewell to the fray wouldn't break the bank while better protecting the Steelers should Bush continue down his awfully concerning path as being a liability in the running game. Jewell is a scheme-versatile linebacker that possesses the football IQ and traits necessary to thrive in just about any system. 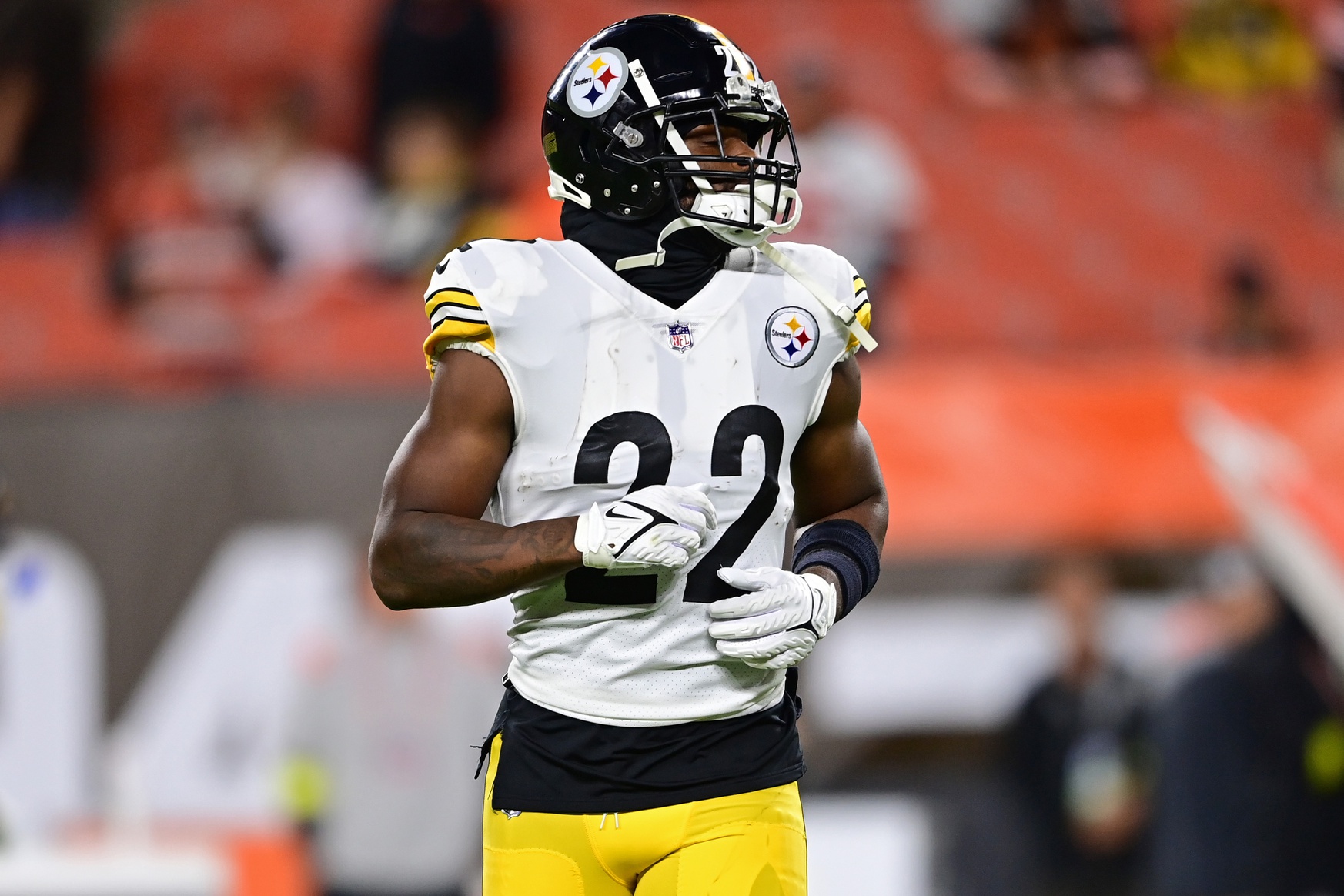 Is Najee Harris In Danger Of Losing Starting Job?