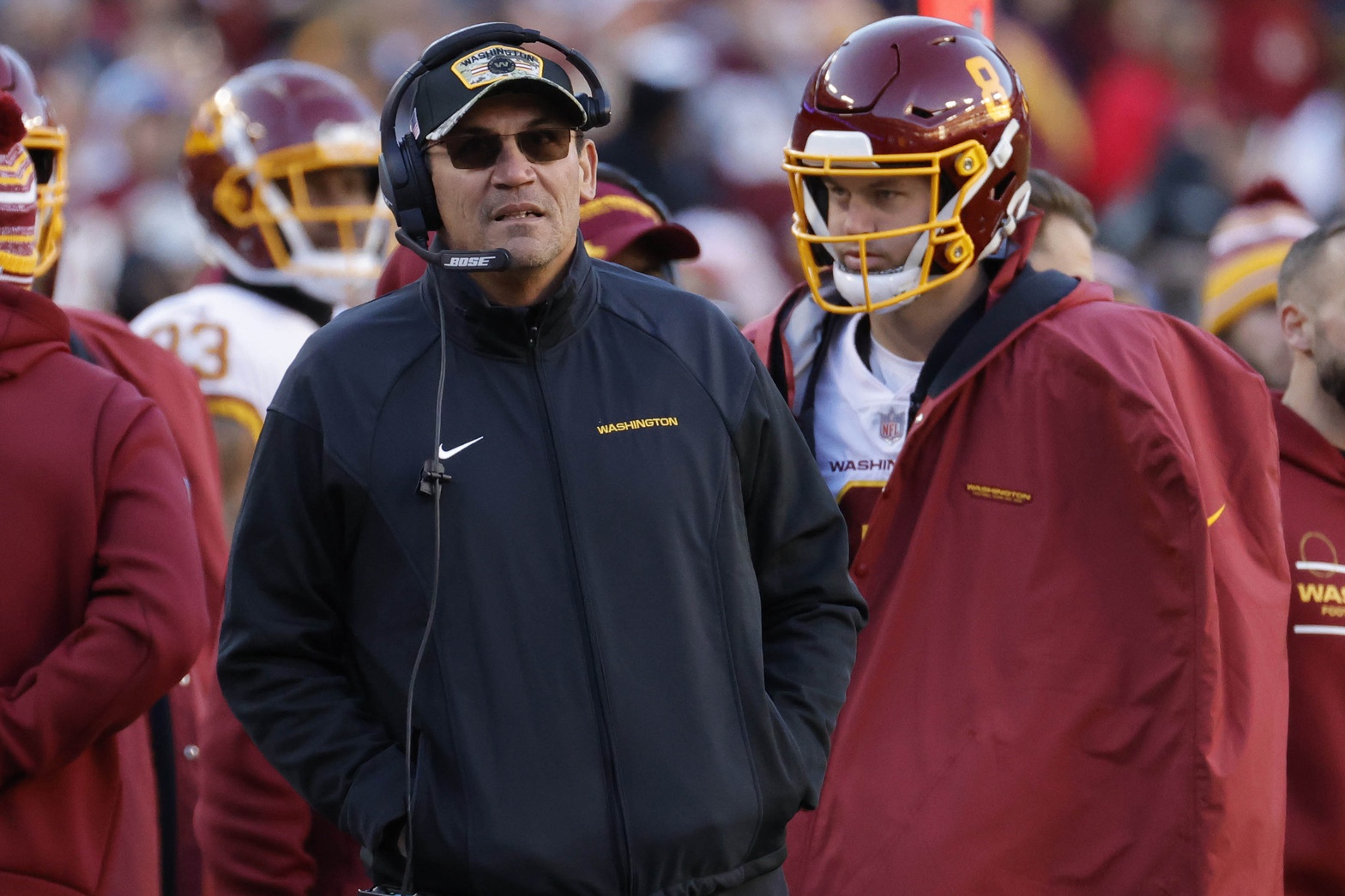 How Much Is ‘Too Much’ For a Franchise QB?

Two franchises in a coordinated limbo when it comes to addressing the quarterback spot, the Pittsburgh Steelers and Washington Commanders—while drastically different paths have brought them to this conjoining waypoint—both enter the offseason with a similar mindset and franchise-altering ideals. An organization with remains of Ben Roethlisberger’s tenure fresh on their taste buds, the first NFL Scouting Combine interview for general manager Kevin Colbert post-Roethlisberger invited speculation aplenty when it came to future plans under center. While Mason Rudolph and Dwayne Haskins make up the quarterback room today, moving on past 17 years of a familiar face—albeit difficult—has cast itself as priority No. 1 for Colbert and a roster in the middle of its window for success. Under Mike Tomlin, sub-.500 play hasn’t been an option—it’s been a fairytale of reality in Pittsburgh for nearly two decades. Tomlin, a leader by example who operates under a “my way” mentality, a similar masthead figure in Washington in the form of Ron Rivera is looking to turn off the ever-warming flame under his seat after two sub-.500 campaigns in the nation’s capital. A resounding voice revered for his leadership ability and stoic presence both inside the team facility and on gameday, Washington’s lack of stability at the quarterback position has been an overhanging cloud of uncertainty for nearly four decades. For both historic organizations, however, an offseason in which headlining veteran QB talent is expected to become available begs the question of ‘how much is too much?’ For Rivera, he failed to mince words. https://twitter.com/_RyanFowler_/status/1498770931799535621 Now, while the Los Angeles Rams did it their way, disregarding the importance of the draft, opting to acquire talent via trade in the form of Matthew Stafford, Von Miller, and signing Odell Beckham Jr.—each player made a heavy impact when it came to identifying the ‘why’ and ‘how’ Los Angeles took home the Lombardi Trophy—no one in their right mind cares that L.A. gave up a first this year, or next. It is, and has always been, about winning titles, no matter how you do so. The Rams trading for a proven passer like Stafford last spring has invited hope for a similar return on investment for both the Commanders and Steelers. Whether it’s two firsts, three firsts, or, reminiscent of Stafford’s deal, two first-round selections and a day-two pick, after hearing both Colbert and Rivera speak on the topic Tuesday afternoon, expect fireworks as we approach the start of the new league year in the coming weeks. Whether the price is deemed astronomical or considered a major loss of assets at the forefront of negotiations, as we saw first-hand and up-close this fall, no price is too steep to reach the pinnacle of the sport; it’s just a matter of who will pull the trigger first.