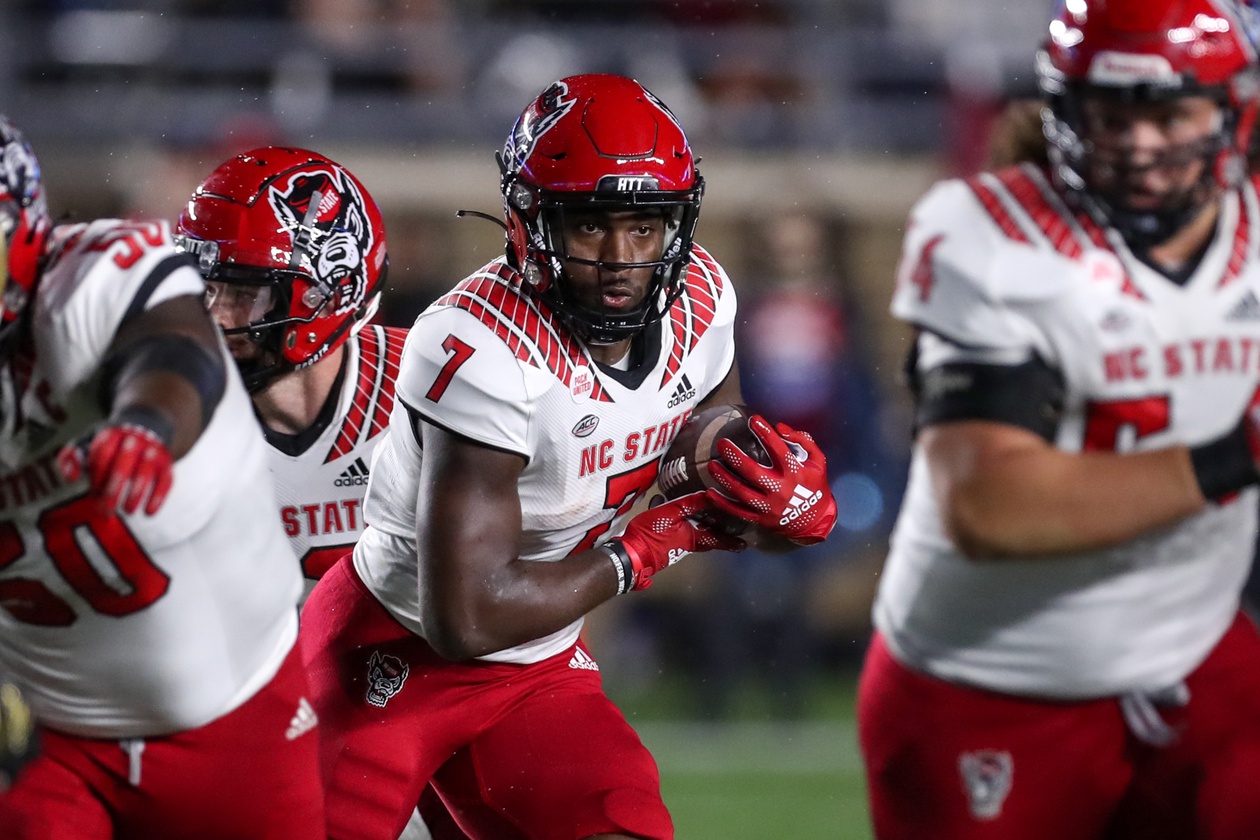 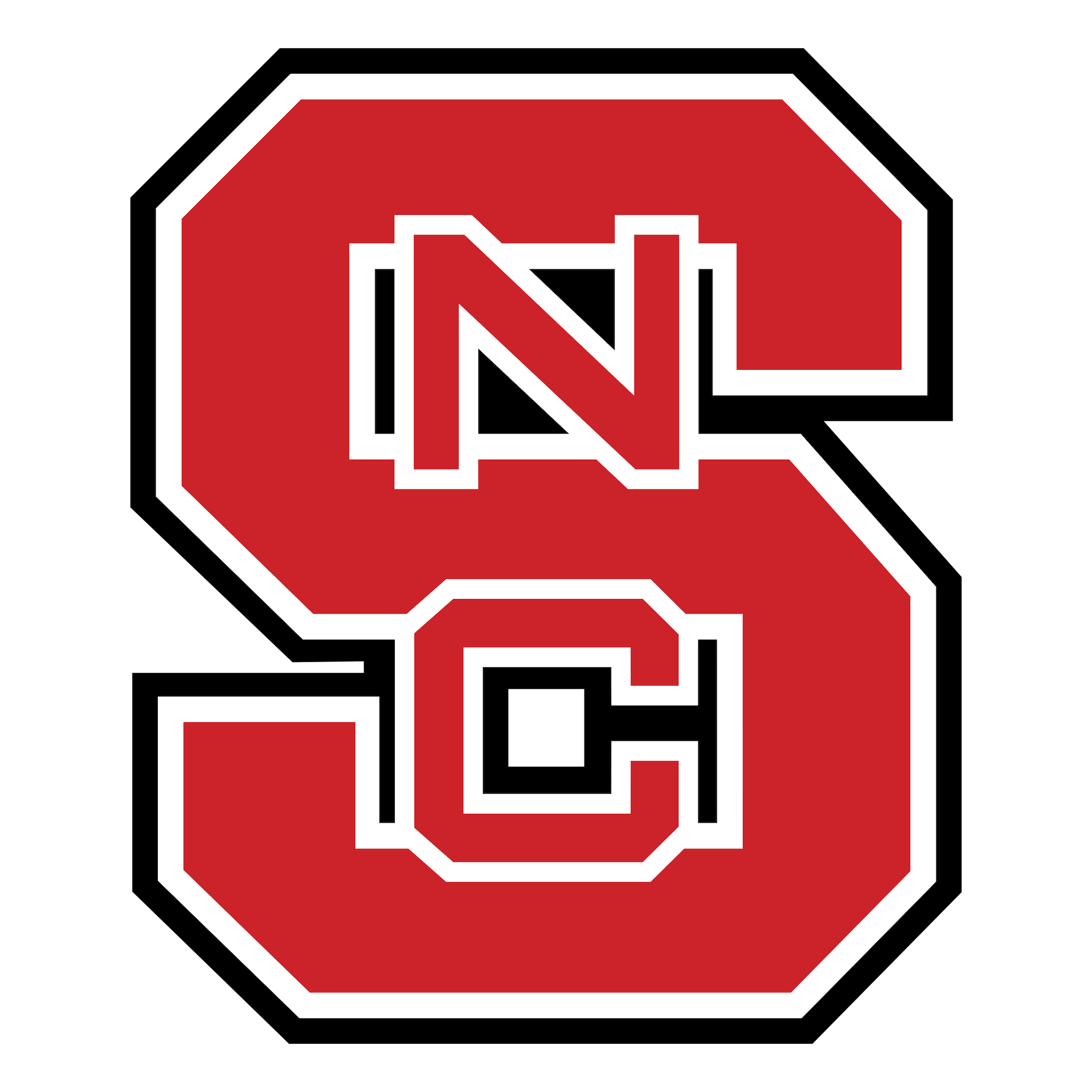 After logging more than 6,000 all-purpose yards and 80 touchdowns in high school where he averaged 16.6 yards per carry as a senior, Zonovan Knight led North Carolina State in rushing in all three of his seasons with the Wolfpack. Knight is an explosive and physical runner with good balance. He thrives in zone concepts where his ability to anticipate creases, accelerate, and showcase his elusiveness in space shines. He is a highly-competitive runner that battles for every inch on the field and has the speed to hit home runs. Knight brings additional value as a kick returner where he averaged more than 31 yards per attempt with three touchdowns in college. When it comes to areas to improve, Knight’s ability to contribute on passing downs is a work in progress. He needs to become a better processor in pass protection and develop better technique and control for how he takes on rushers. While he has plenty of positive flashes as a receiver, there was some inconsistency catching the football in college and his route tree has room to expand. Overall, Knight offers an appealing skill set that features good size, balance, vision, power, and burst with flashes as a receiver that gives him the upside to be an above-average complementary back in the NFL that also makes big plays as a kick returner.

Ideal Role: No. 2 back and kick returner

Vision: Knight’s vision shined in NC State’s zone rushing attack. He has a natural feel for navigating zone runs, anticipating creases, and pressing the line of scrimmage with nuance to make sure he can widen lanes. He does well to work off blocks and string together moves. He can be guilty of pressing too deep into holes, forcing gaps to diminish and backside pursuit to catch up, so he still needs to thread that needle with more consistency.

Footwork: Knight has springy feet and he easily strings together moves with fluidity. He is fully capable of executing dynamic cuts where his plant foot catches well outside of his frame. He operates from a balanced base and keeps his feet moving through contact. He does well to angle himself well to attack creases and take on contact.

Contact Balance: Knight has good contact balance which he blends together with competitive toughness to maximize his touches. He battles for every inch, frequently wiggling out of tackle attempts and churning out yardage late in carries. While he doesn’t necessarily have a naturally low center of gravity, he sets himself up well to take on contact and defenders aren’t often able to get squared up on him.

Durability: Knight was a steady presence in the Wolfpack backfield across three seasons and logged 466 touches from scrimmage with that evenly dispersed from 2019-2021. He avoided any major injury but did miss spring of 2021 with a shoulder injury. While his workload was consistent, he wasn’t necessarily a bellcow and he enters the NFL with plenty of tread left on the tires.

Explosiveness: Knight is a quick back with smooth acceleration skills and a second gear to break long runs. He has the speed needed to break pursuit angles. His explosiveness always shows up as a kick returner, where he’s collected three return touchdowns and averaged more than 31 yards per return.

Versatility: Knight is an effective inside and outside runner that thrives in zone concepts. He does have room for growth on passing downs as both a blocker and receiver. Knight brings additional value with his dynamic skills as a kick returner.

Elusiveness: Knight is a shifty and agile back that makes sudden cuts and fluidly strings together moves. He has plenty of wiggle and shakes free of tacklers with the ability to make people miss in space. Knight complements his power and competitive toughness with plenty of shiftiness.

Ball Security: Knight has seven career fumbles on 466 career touches from scrimmage. Those fumbles are evenly distributed across three seasons so it was an intermittent issue that never fully went away. He needs to find more consistency in taking care of the ball.

Passing Down Skills: Knight had his best season in 2021 as a pass blocker but it was still average at best. He has to be more consistent with how he processes the rush and where he steps up with better technique to absorb contact. While he has some impressive flashes as a receiver, he is guilty of some disappointing drops. His route tree doesn’t have many branches on it, so he can develop quite a bit there.

Discipline: Outside of some instances where Knight can press too deep into holes, Knight is fairly consistent in his ability to negotiate zone runs and anticipate creases. He offers some creativity as a runner but it doesn’t lead to irresponsible tracks. He needs to be more disciplined with his technique in pass protection and how he secures the football.