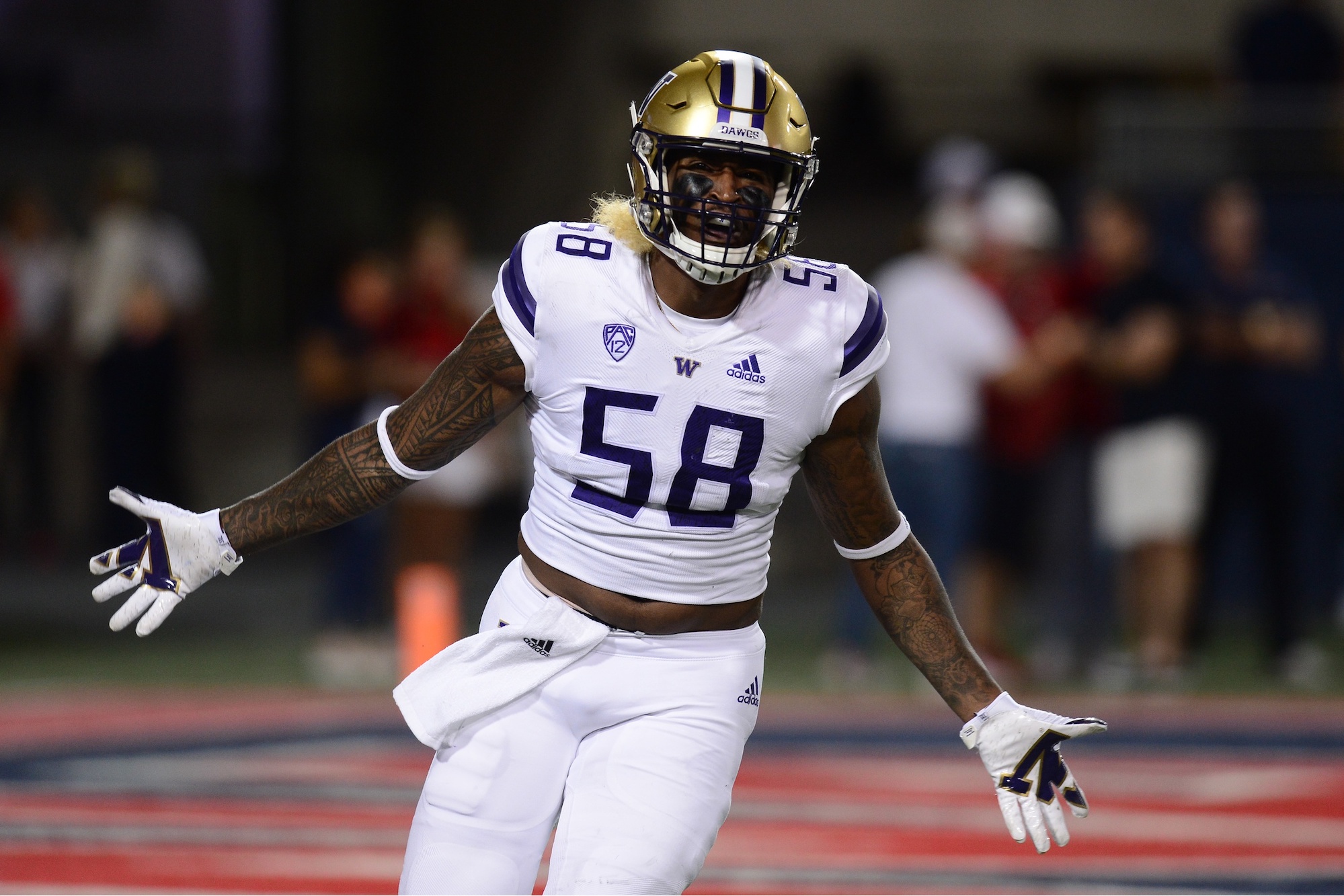 Pros: Zion Tupuola-Fetui was dominant in 2020, showcasing an exciting pass-rushing skill set that featured smooth get-off, active hands, excellent power, a hot motor, good angles, and good finishing burst. His rush plan is built on using his length, working counters, and converting speed to power. Has showcased a strong repertoire of rush moves and ways that he can beat blocks by softening angles and working the edges of blockers, but his ability to get his hands and collapse the width of the pocket with a bullrush is also impressive. Tupuola-Fetui is a disciplined pass rusher that doesn’t abandon his rush lane and he does well to keep quarterbacks contained. He has a knack for stripping the football and getting his hands into throwing lanes.

Cons: While Zion Tupuola-Fetui returned from the Achilles injury rather quickly, he wasn’t nearly as effective in 2021 compared to the dominance he showcased in 2020. In 2022, it is critical that he finds his form and recaptures the playmaking ability he displayed in the past. Tupuola-Fetui has some tightness throughout his frame where he struggles to dissociate his upper and lower half and bend. He does well to work the edges of blockers and soften angles, but he isn’t overly flexible when cornering. Tupuola-Fetui is effective utilizing his length and keeping his pads clean, but he would be even more dynamic if he showcased more ability to reduce his upper body and not offer as much surface area to blockers. He is a modest run defender that can be turned out of his run fit because he has a tendency to play with poor leverage and get caught peeking into the backfield. His coverage drops and comfort in space leave something to be desired.