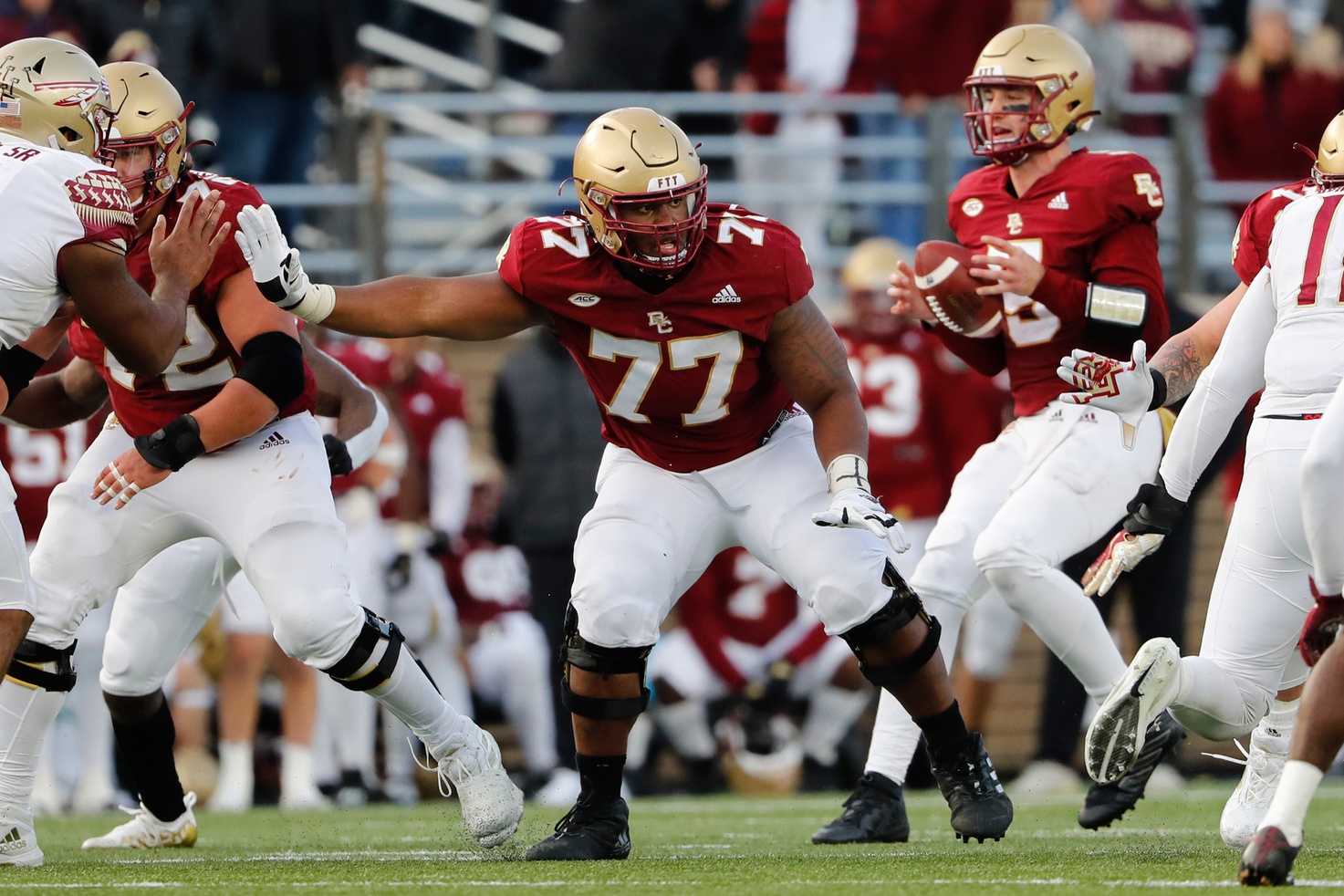 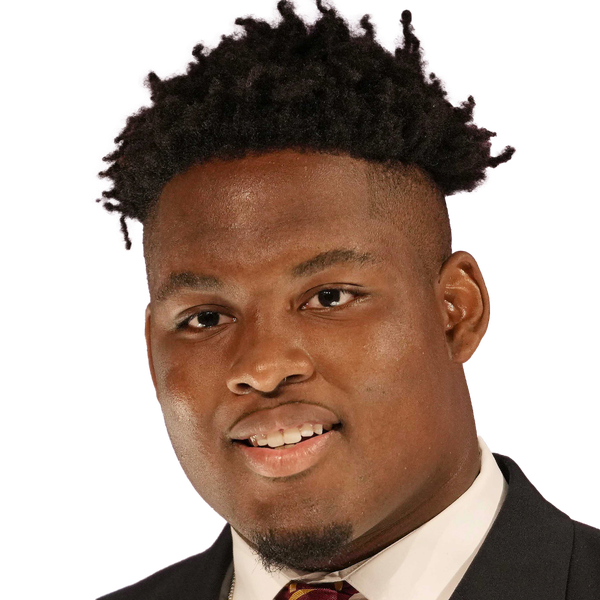 This is a tenacious blocker who offers stickiness on his blocks and sustains high effort throughout the full rep.

Brings an aggressive and physical mentality to the table and is always looking to finish blocks and set the tone up front. His play demeanor and temperament are exactly what the NFL is looking for. He continually looks for work and competes through the whistle.

He's played both guard and tackle for the Eagles and showed in the pre-draft process that he can be given reps at center, as well.

Johnson has two seasons of experience at Boston College playing left guard and one at left tackle. His best position is on the interior but he can play tackle in a pinch if necessary. Johnson is a natural fit in a zone rushing scheme but also holds his own with gap concepts. While he’s best in pass protection, Johnson is a balanced blocker that finds success in the run game and operating in space.

Easily mastered a transition from Davidson to Boston College before being asked to play multiple spots on the line.

How quickly Johnson made the transition from Davidson to Boston College and forced his way into the lineup speaks to his football intelligence and ability to acclimate. There is a natural sense of timing in how Johnson executes his assignments. Johnson understands his technique, trusts it, and is rarely guilty of penalties.

Zion Johnson transferred to Boston College after playing at Davidson. It didn’t take long for Johnson to become a starter on a talented Eagles offensive line and he proceeded to start for three seasons. Two of those seasons came at left guard with one at left tackle. I believe his natural position is guard where his aggressive mentality enables him to handle the faster action that comes with playing on the interior.

Johnson doesn’t have the ideal length or wide frame to play tackle in the NFL, although he can handle spot duty in a pinch. Johnson is a smart and physical blocker with consistent technique. He plays within himself and is rarely caught with poor posture or poor control of his frame. I believe he is best in pass protection but he’s still an above average run blocker that is comfortable operating in space.

Johnson has plug-and-play potential at guard in the NFL and given how consistent his technique is, I would keep him on the left side. He has the makeup of an above average starter that can lock down a starting role at least through a second contract.

Balance: Johnson features a bit of a narrow build but rarely is he easily displaced or out of control. He does well to play with leverage and stay square to blocks. He has terrific control working laterally and in space.

Anchor Ability: Johnson handles the bull rush on the interior and is stout when it comes to setting the depth of the pocket. His ability to leverage his hips and bow his back while remaining in control is impressive while he continues to battle for hand placement to control reps. I did not witness any issues with opponents playing through him during my exposures.

Lateral Mobility: Johnson’s ability to work laterally shines in Boston College’s zone-heavy rushing attack. He has no issues sliding his feet and quickly redirecting his weight in tight spaces. He takes good angles and showcases the ability to reach block and get to aggressive landmarks because of his easy lateral movement skills.

Power at POA: Johnson has above average power, which I find to be most notable in situations where his opponent gets into his frame but Johnson is still able to maintain his ground while competing to place his hands and control the rep. He recovers well often because of his powerful core and firm hands. Whether it’s absorbing power and anchoring or generating movement in the run game, Johnson has the functional strength needed to execute.

Hand Technique: Johnson is aggressive and consistent with his hands and often wins reps by quickly placing and latching his hands by winning with first contact. He does vary his strikes and there is a united relationship between his hands and feet. His grip strength makes it hard for opponents to find success displacing his hands.

Pass Sets: Johnson’s one season at left tackle was beneficial in securing his pass sets, which improved notably in 2021. He is comfortable framing blocks and staying square. The Boston College offense features plenty of pro concepts, which will be an asset for Johnson in his transition and what he’ll be tasked with at the next level.

Flexibility: Johnson features an impressive ability to hinge, pivot, and redirect, which often shows up when he’s uncovered in pass protection. He is springy when it comes to lateral mobility and I’ve never come away from studying a rep thinking Johnson had concerning stiffness. His ability to bow his back and absorb is highly impressive.