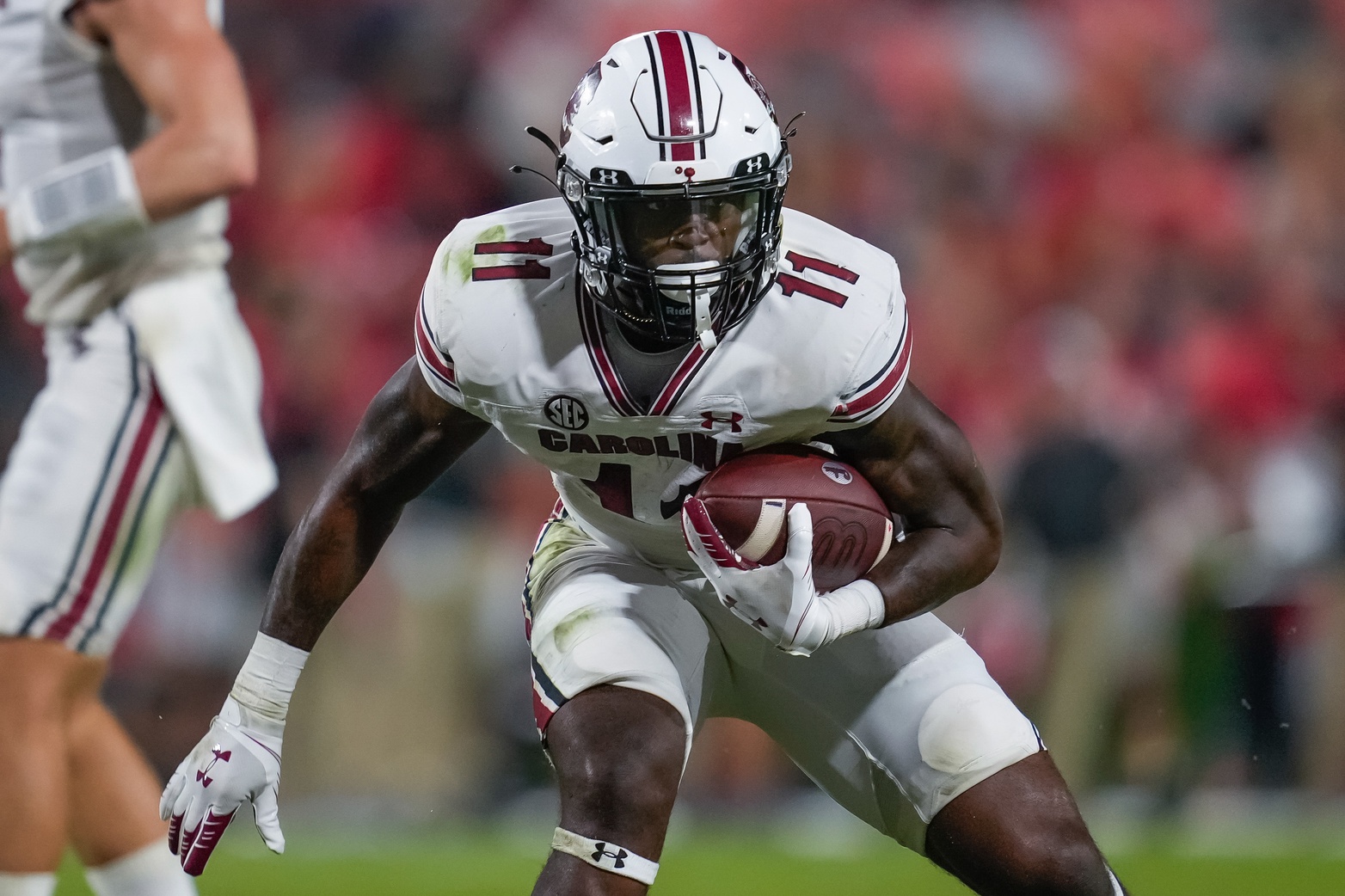 White is a patient and disciplined runner. He allows his linemen time to set up his blocks while patiently choosing his spots to burst through the hole. White understands when to get positive yards and rarely gets caught doing too much and forcing negative plays.

White is a good receiver out of the backfield with good routes, above average hands, and athleticism after the catch. He is also a good pass blocker who displays firm hands and anchor.

White has the looks of an intriguing offensive weapon at the next level. He was utilized in the passing game at South Carolina and showed an impressive ability to run routes—not just out of the backfield but split out wide as well. Creative offensive coordinators will appreciate his skill set.

South Carolina’s Zaquandre White is one of the most underrated running backs in this class. White was a top running back prospect out of high school who originally signed with Florida State. With the Seminoles, White played both running back and linebacker. White left Florida State to go to junior college for a year before transferring to South Carolina in 2020. He was part of a rotation his senior year in 2021 before earning the lion’s share of the work halfway through the season. White possesses excellent size and overall athleticism for the position. He is tall for a running back and runs with an upright body lean. White displays very good vision and patience when pressing the line of scrimmage and has very good burst and straight-line speed to explode through the holes. For a bigger back, White shows an impressive ability to change direction and is outstanding at setting up his defenders with leverage and taking lateral cuts. He shows good overall power as a runner and has good contact balance. White is a versatile playmaker who offers value in the receiving game as well. He runs good routes and is excellent after the catch, although he does need to work on consistency with his hands. Overall, White is an intriguing running back prospect with size, athleticism, and versatility while also having plenty of tread still left on his tires.

Ideal Role: Secondary option as a part of a committee

Vision: White displays good overall vision. He is patient when pressing the hole and sees cut-back lanes develop and is quick to change direction and hit them. He has good vision in the open field and naturally runs to open grass. He is an instinctual runner who has a natural feel for space.

Footwork: White has above average footwork and movement skills. His eyes and feet work very well together and he has a natural ability to make defenders miss in the open field with an exciting ability to cut laterally with explosive burst. He could do a better job keeping his feet moving upon contact.

Contact Balance: White displays good overall contact balance. He is a strong and physical runner due to his size and strength. He is able to run through most arm tackles and rarely goes down without a fight. He could run behind his pads more consistently with better body lean as he naturally runs upright due to his height.

Durability: Due to his unique journey, White has very little tread on his tires. He should be able to come into the NFL with fresh legs. The one issue here is the fact that White hasn’t ever been a bell cow in college and his projection to a full workload in the NFL is a mystery.

Explosiveness: White is highly explosive for a man his size. He has a second gear in the open field and has shown to be able to pull away from defenders. In short areas, White has an impressive ability to make people miss and explodes laterally with jump cuts.

Elusiveness: White lacks elusiveness in the open field as he is such an upright runner. He is a big target who is more of a north/south runner with good speed and power. While he does have good ability to make defenders miss, I wouldn’t call him slippery or elusive.

Ball Security: White didn’t fumble last season and appears to carry the ball firm and tight. He covers the ball upon contact and when in the pile. I have zero issues with his ball security.