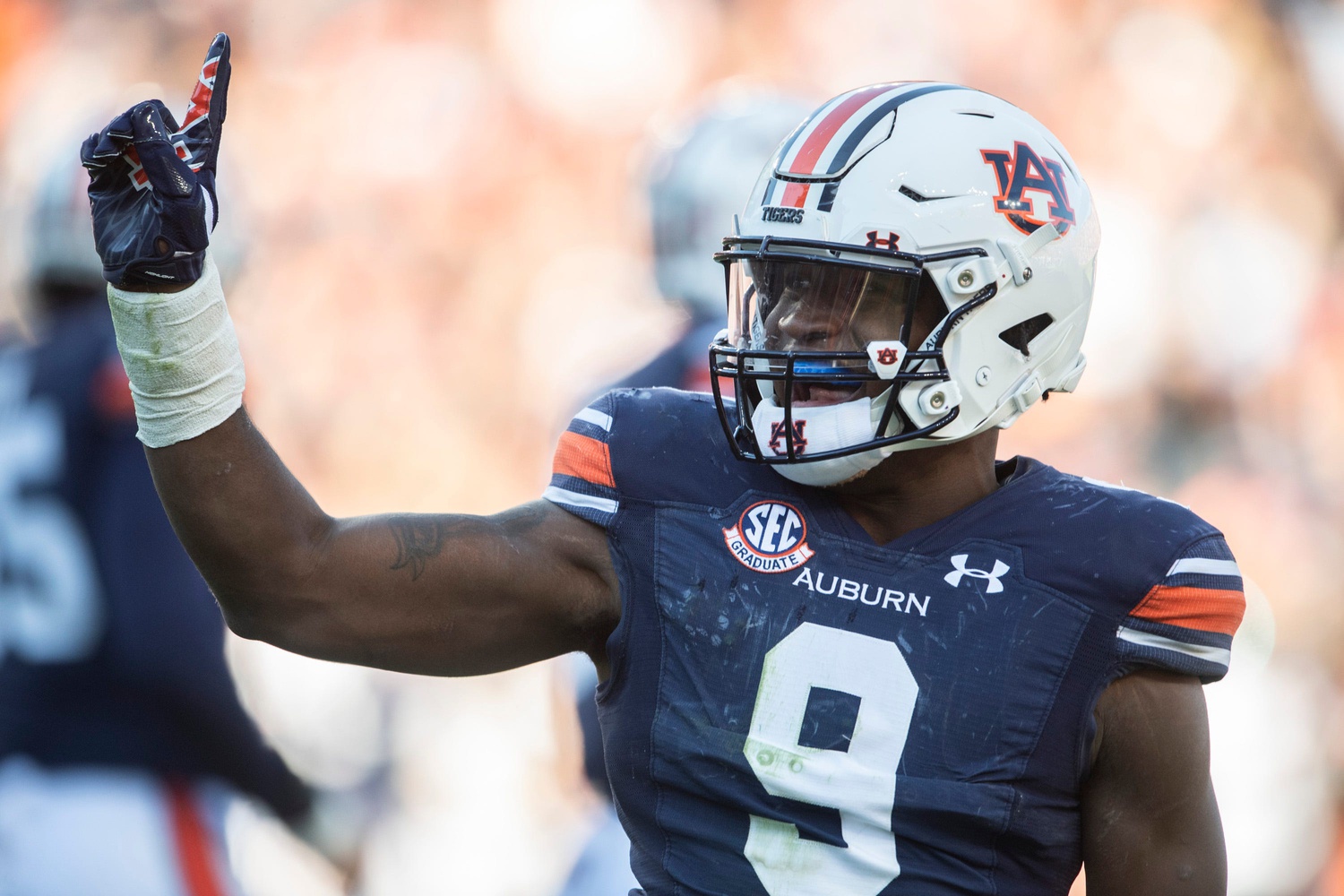 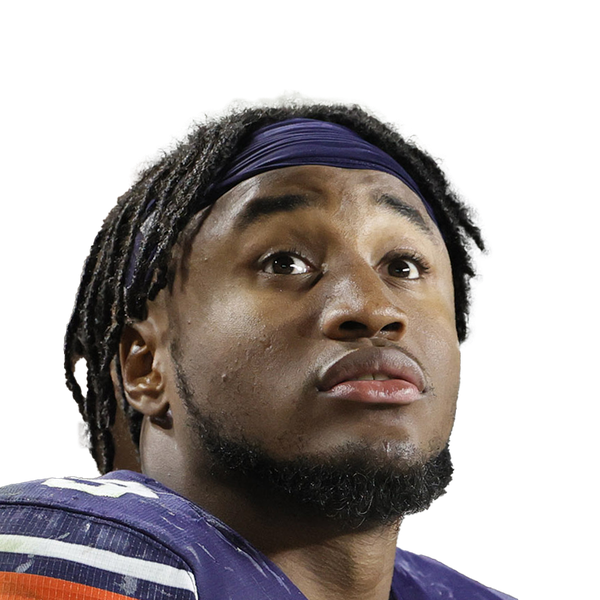 His movement skills really help him get to the football in a timely manner. He is athletic enough to get through trash and excels on the backside of run plays.

Zakoby McClain is a sufficient-level athlete with regards to agility, lateral quickness, and other movement skills. In the run game, he is an aggressive tackler. He’s athletic enough to help defend against spread concepts. He shows good lateral movement to get through trash and to the football. He can get overwhelmed in the box due to his size but he competes hard. In the passing game, he shows some athleticism in coverage on backs out of the backfield. He can drop and get in the passing lanes, but his lack of good length is an issue in this regard. In the NFL, he may struggle to roster due to his lack of an ideal fit on defense and will likely have to make an impact on special teams

Tackling: He shows good tackling ability, particularly on the backside. He has good lateral agility to get through trash and to the football.

Football IQ: He has the football IQ to diagnose run/pass and get to the football. He is decisive and plays fast in the box.

Competitive Toughness: He shows his competitive toughness as a run defender in the box. He works hard to get through trash and disengage from blocks.

Pass Coverage: He is average in man coverage situations. However, he is athletic enough to get good depth in his zone drops.

Run Defender: He is decisive when he can diagnose run plays. He has been highly productive as a tackler and is seemingly always around the ball.

Block Deconstruction: He lacks length and bulk to consistently deconstruct blocks. As a result, his block deconstruction is adequate with regards to his projection in the NFL.

Flexibility: He has some stiffness in his hips. This may affect his tackling efficiency as an open-field tackler in space.

Leadership: He is one of the leaders on the defense. He displays his leadership when adversity strikes over the course of a game.

Versatility: He lacks true versatility. He is best served playing in an even-front scheme to maximize his skill set. Playing covered up will help him play cleaner, which could maximize his output.