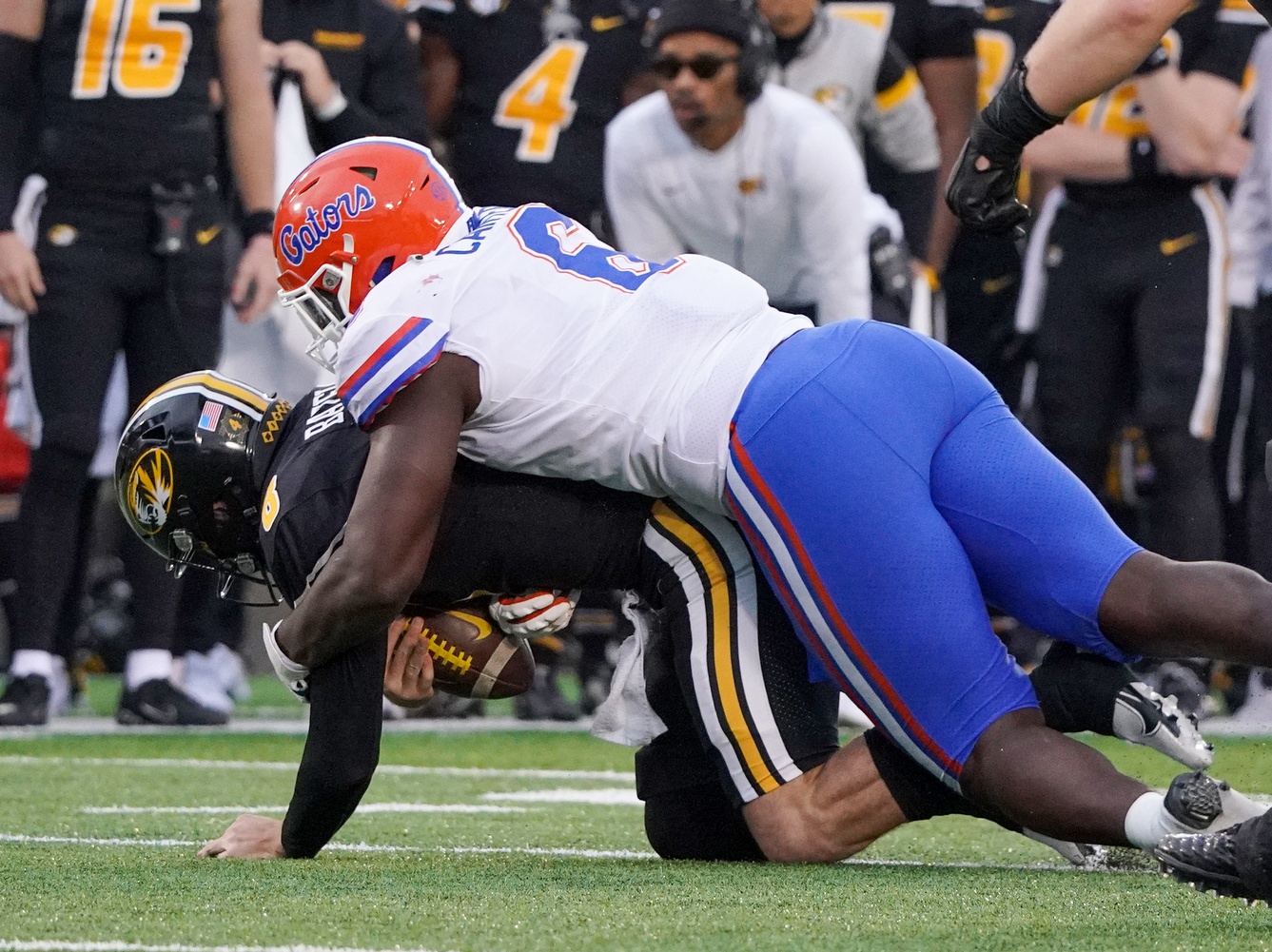 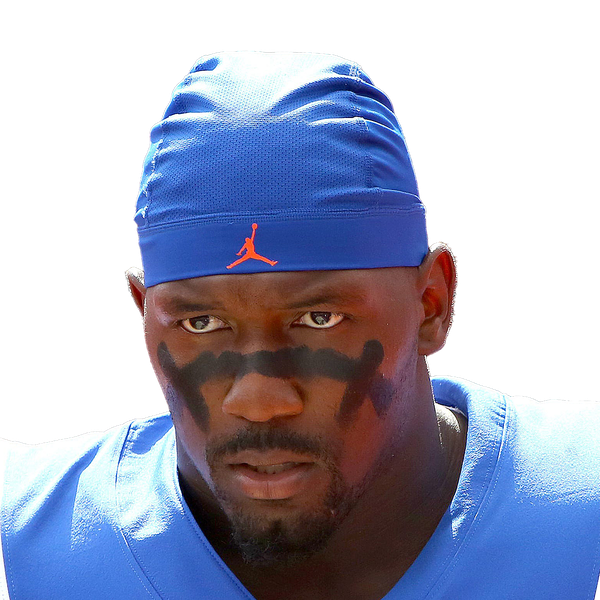 Carter has sufficient length which is a big component of his game. He is effective at using his length to play with extension and position himself to disengage. With that said, he can do more in terms of tackling outside of his frame and using his length to affect passing lanes.

Carter has good pop in his hands and his strikes are firm. Blockers do not easily displace his hands, which speaks not only to his hand power but how effective his timing and placement can be. There are impressive reps where he’s able to establish his hands and clear his pads despite not winning with first contact.

Carter is a balanced defender that can rush the passer and play the run. He is versatile by alignment, which Florida has definitely tapped into. He has played in every alignment from the B-gap out. He has appeal as a base end that can reduce inside and play interior gaps.

A standout football and basketball player in high school, Zachary Carter held offers from nearly every prominent college football powerhouse in the country. After redshirting in 2017, Carter cracked the Gators’ defensive line rotation in 2018, his role grew in 2019, and he started in his final two seasons. While the Florida defense was a disappointment in 2021, Carter emerged and played his best football. Carter is a versatile defensive lineman that features a balanced skill set against the run and pass. He projects best as a 4-3 defensive end but has plenty of experience playing in the B-gap, which he should get chances to do in the NFL to maximize his ability to shoot gaps and rush from the interior. Carter has good length and plays with active hands, low pads, and thrives in tight quarters. When it comes to areas of concern for Carter entering the NFL, he is more of a linear athlete with modest flexibility. He will need to stay committed to developing his hand technique so that he can soften edges to get off blocks and make plays. Carter has the makings of a quality rotational defensive lineman with inside/outside versatility.

Ideal Role: Base end that gets chances to reduce inside

First Step Explosiveness: Carter has sufficient get-off but he’s not overly explosive. His game is about maximizing his length and playing with power and not as much about sudden bursts. He is still an effective gap-shooter but shouldn’t be expected to run circles around offensive tackles.

Flexibility: Carter is more of a linear athlete than a player that is going to thrive with change of direction skills and his ability to spring in different directions. He can turn the corner on soft edges but won’t be confused as overly bendy. He has sufficient flexibility for the expected roles he will fill at the next level.

Hand Counters: Carter’s hands are active and his moves are generally well-timed. He does well to utilize his length and deploy his hands to get off blocks. He still has room for growth when it comes to deconstruction of blocks but the foundation of traits necessary to develop are present.

Run Defending: Carter’s length, functional strength and consistent leverage enable him to be an effective run defender. He can be trusted to set the edge and squeeze gaps. With that said, his modest lateral quickness limits his ability to crash down and pursue from the backside when opportunities are present.

Effort (Motor): From my exposures to Carter, I never came away with a concern about his effort on any given play. With that said, I didn’t often feel like he was unrelenting in his effort and pursuit of the football. He has commanded a notable percentage of the snaps for the Florida defense over the last two seasons.

Football IQ: Carter is an experienced player and it shows. He is a sound processor with good play-recognition skills. His low pad level and consistent technique speaks to his commitment to fundamentals.

Lateral Mobility: Carter is a more linear athlete where his lateral quickness and change of direction skills are only modest. There are reps where he can crash down the line of scrimmage or work toward the sideline in which I came away underwhelmed with his ability to close that distance. He’s best in tight quarters.