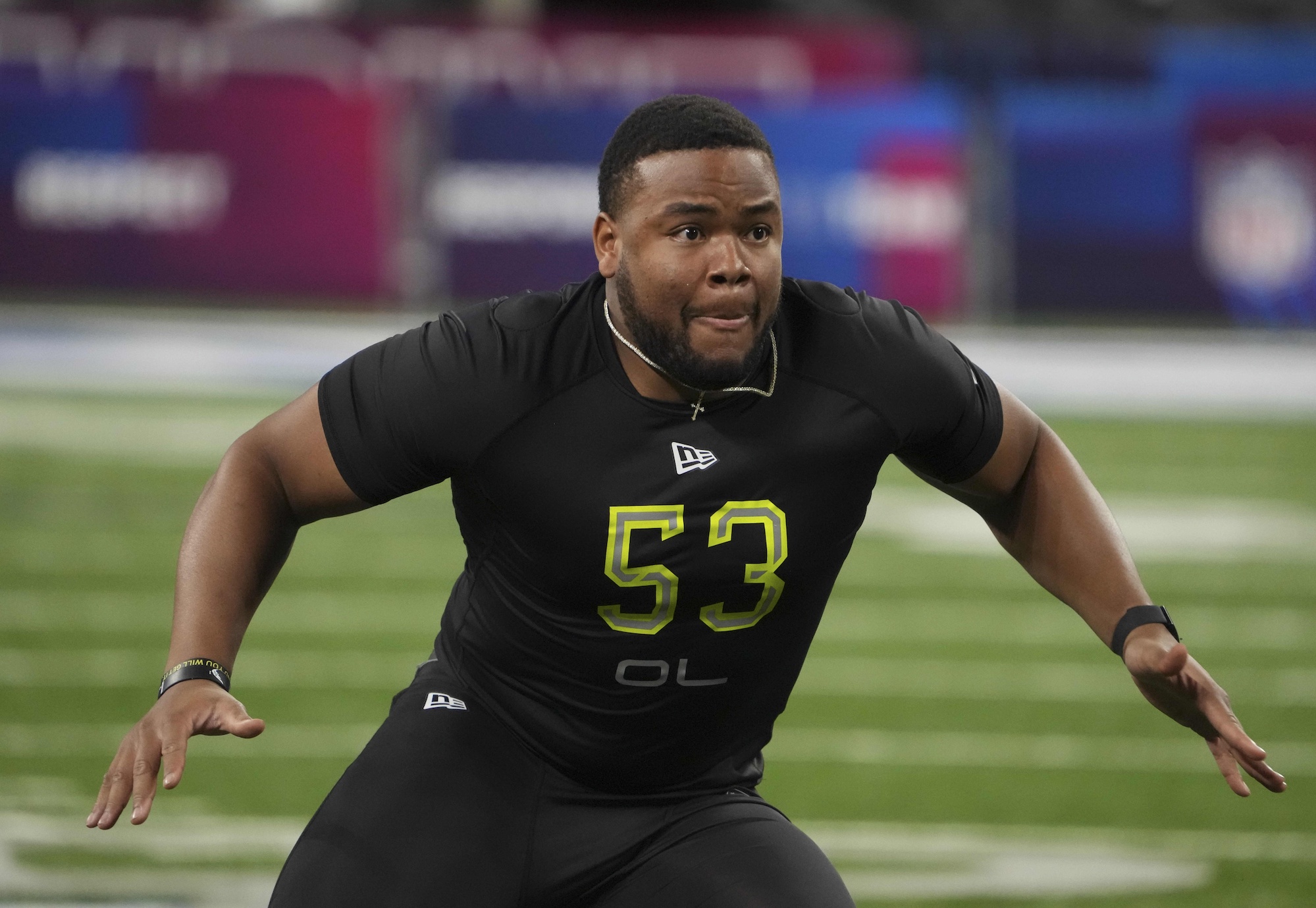 Tom is a technician with his hands and is consistent with timing and placement. He has good strike variance and continues to work his hand fits throughout every rep. Ideally, he would have a bit more pop in his punch but his technique and consistency are excellent.

Tom logged nearly 3,000 snaps in college with more than 1,700 coming at left tackle and more than 1,200 at center. He hasn’t played guard and only a handful of reps at right tackle. His ability to play both center and tackle makes him an even more attractive option. He is likely a zone run scheme prospect only.

Tom has smooth lateral movement skills. He easily slides his feet and redirects. His hips easily hinge and pivot. He has terrific range.

An academic standout, Zach Tom was a 34-game starter at Wake Forest with notable experience at both left tackle and center. The Demon Deacons offense has been highly productive and Tom’s consistency has been a big reason why. A controlled operator that functions with consistent leverage, Tom is an assignment-driven player that executes with great timing and consistent technique. His body works in unison to stay square to blocks in both the run and pass game. For a league that craves versatility, Tom’s experience at both tackle and center is a major asset to his valuation. When it comes to concerns, Tom has modest length and functional strength. He is far from a road grader in the run game and more length and width are preferred for an offensive tackle. Those weaknesses may keep him out of a starting lineup in the NFL unless he embraces a full-time role at center, but his overall versatility and appeal to play all five positions with the technical consistency and control that he displays should make him a highly-valuable depth player at the next level.

Balance: Tom is a controlled and coordinated player that functions within himself. He does a great job of playing with low pads, leveraged hips, and consistent knee bend. He’s never antsy and demonstrates good patience.

Pass Sets: Tom is consistent with reaching his set points and framing blocks. He does well to slide his feet and redirect with a commitment to staying square. He gets the depth and width in his kick slide needed to get himself in good positions to succeed as a pass blocker.

Competitive Toughness: Tom is a technician that relies on positioning and timing. With that said, he isn’t an overly tenacious blocker that brings a mean streak to the table. He competes and does his job but the nasty components of an offensive lineman aren’t present.

Length: Tom has modest length but does his best to overcome it with well-timed and placed strikes while keeping himself square to his opponent. That said, he doesn’t offer a ton of reach for life on an island. He does offer positional versatility should his ordinary length be an issue at tackle.

Football IQ: Tom is a three-year starter and polished technician with a great deal of experience at center and left tackle. He functions with great control and timing. Penalties became a bit of an issue for him in 2021.

Anchor Ability: Tom does his best to maximize his functional strength by playing with consistently low pads but he doesn’t offer the most mass or width. He’s going to see his share of bull rushes at the next level and will need to work overtime to not lose the width of the pocket. I appreciate his ability to re-anchor and play with leverage, but the NFL game will present new challenges.

Power at POA: Tom is a technician that doesn’t bring above average power to the table. He is a positional blocker that takes advantage of timing, technique, and angles. He won’t be an attractive option for gap run schemes. Adding functional strength would be a notable benefit to his game.