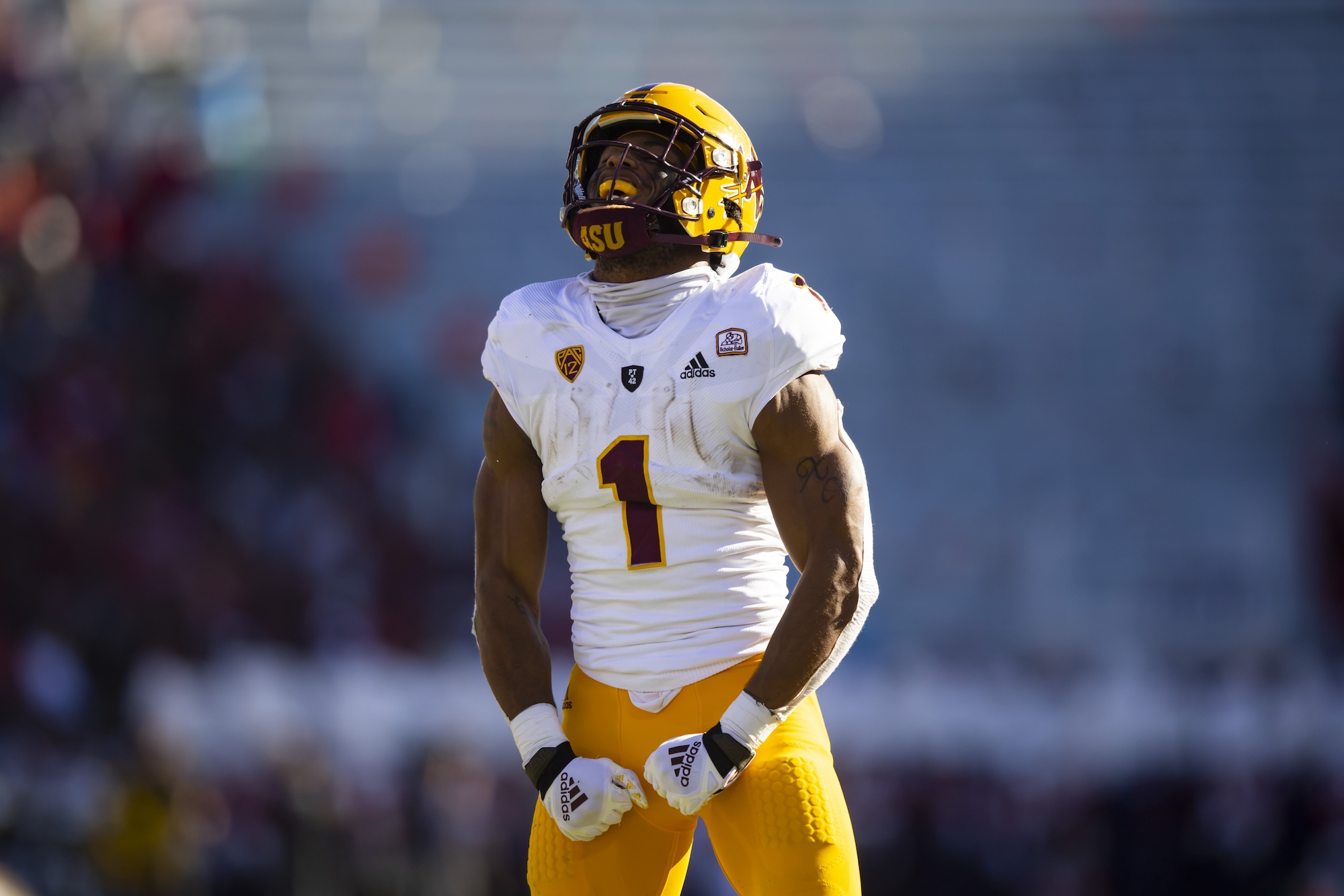 Xazavian Valladay originally started his career at Wyoming before transferring to Arizona State for the 2022 season. Valladay’s 2022 season at Arizona State was his most productive season, rushing for 1,192 yards, 16 touchdowns, and receiving for another 289 yards and two touchdowns. Valladay is a quick accelerating back that can get vertical and create a big play with only a small crease in the defense.

Valladay’s best usage appears to come on run plays designed to attack the edges of the defense. This is where Valladay can use his speed to attack the outside and has shown multiple times the ability to turn the corner and outrun defenders to pick up significant yardage. Valladay has a long stride and appears to effortlessly outrun defenders at times. Valladay has a slashing, one-cut type of running style that could be an effective tempo switch-up as a complementary back to a more traditional running back.

Valladay has a lean frame that combined with his upright running style limits how much power he can run with. Valladay’s ability to break tackles and contact balance both appear to be average and his usage as an in-between-the-tackles runner did not provide the same results as when Valladay was utilized as a runner who attacks the edges.

Ultimately, Valladay has many likable traits as a runner, but his value as running back will vary from team to team. Valladay will be best utilized in an outside running scheme where he can use his best asset: his speed. Valladay’s usage in the passing game has been minimal, but if he can prove to have value running routes and being a receiving threat out of the backfield, it will further help his value as a player in the NFL.

Xazavian Valladay NFL Draft Scouting Report. Add him to your big board here.