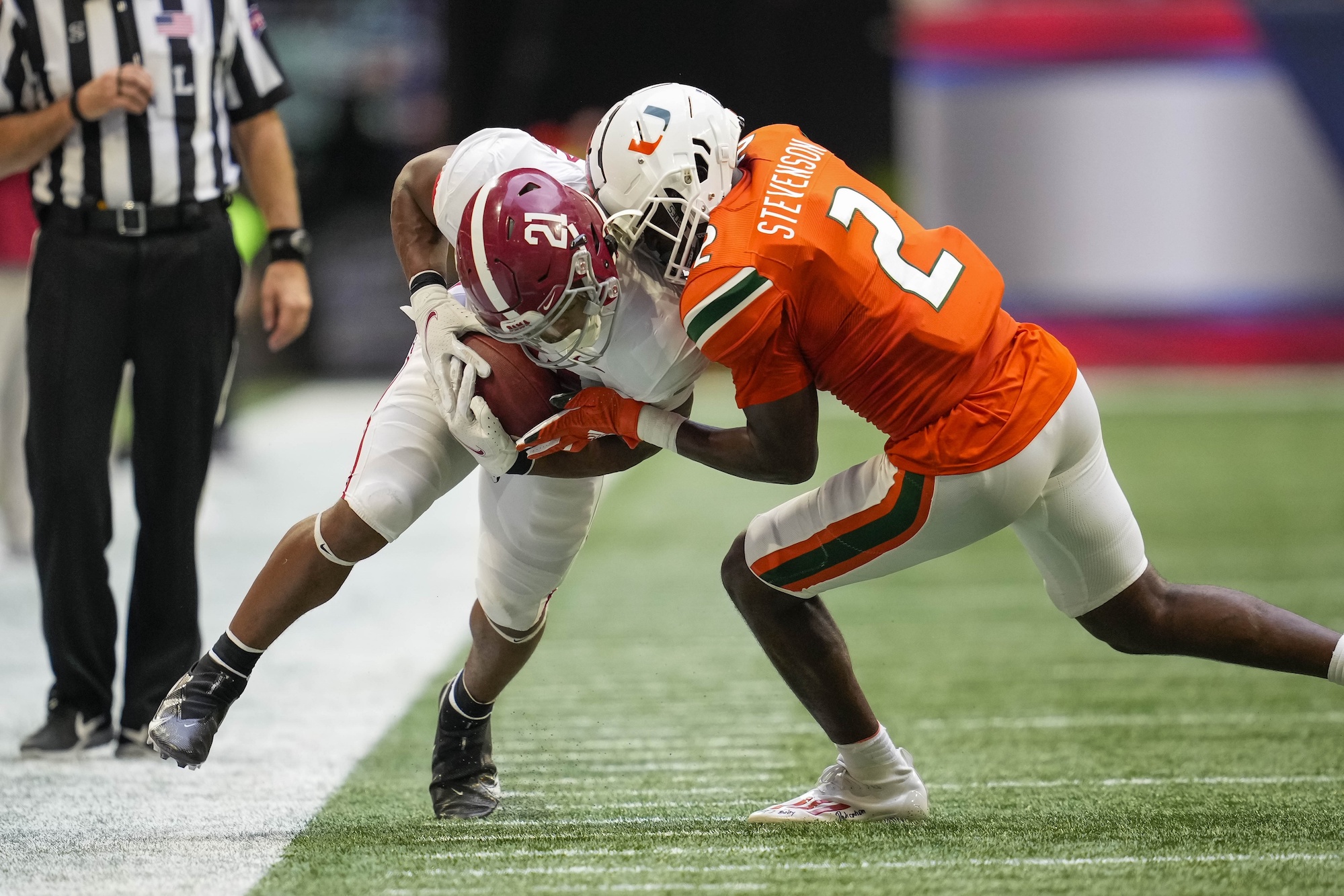 Pros: Tyrique Stevenson is a big-time height/weight/speed athlete at the cornerback position. He’s big, physical, and effective in his press coverage opportunities. Those reps are amplified by a lot of length, which offers Stevenson a large area of influence and the ability to re-route receivers early in the rep. I thought Stevenson took a step forward instinctually in 2021 as well, playing more confidently in the Hurricanes’ defense than he was the previous season for the Georgia Bulldogs. With Kevin Steele coming to town for head coach Mario Cristobal as the defensive coordinator, I’d expect Stevenson to take another step forward as well—the high volume of man coverage would presumably allow him to play in phase as frequently as possible and accentuate his strengths. You got a chance to see some special teams opportunities for Stevenson as well—a significant footnote on his versatility resume. I felt when he was on the body of receivers at the catch point, he did well to both contest the hands and wrap up and tackle when targeted.

Cons: For as effective as Tyrique Stevenson is in press-man coverage, I do have some concerns about the functional athleticism that he offers. Even as a bigger cornerback, I thought his transitions were rigid, his burst wasn’t notable, and he lacked the long speed and acceleration to thrive when left on an island with receivers with consistency. I appreciate his demeanor to challenge in the run game as well but I did not see a great deal of effectiveness to set firm edges and, more importantly, finish plays when looking to tackle on the outside. If he can shore up his open-field tackling, I’d feel better about his projection as I could envision scheme-specific opportunities at corner and perhaps a more diverse role as a subpackage safety (he did play inside at times for the Bulldogs). Additionally, I’d love to see more in the way of ball skills; he had a nice interception in the Pittsburgh game by undercutting an over route to Jordan Addison but that throw appeared late and allowed a favorable angle to challenge the throw. His instincts to feel and find the football have room for improvement.