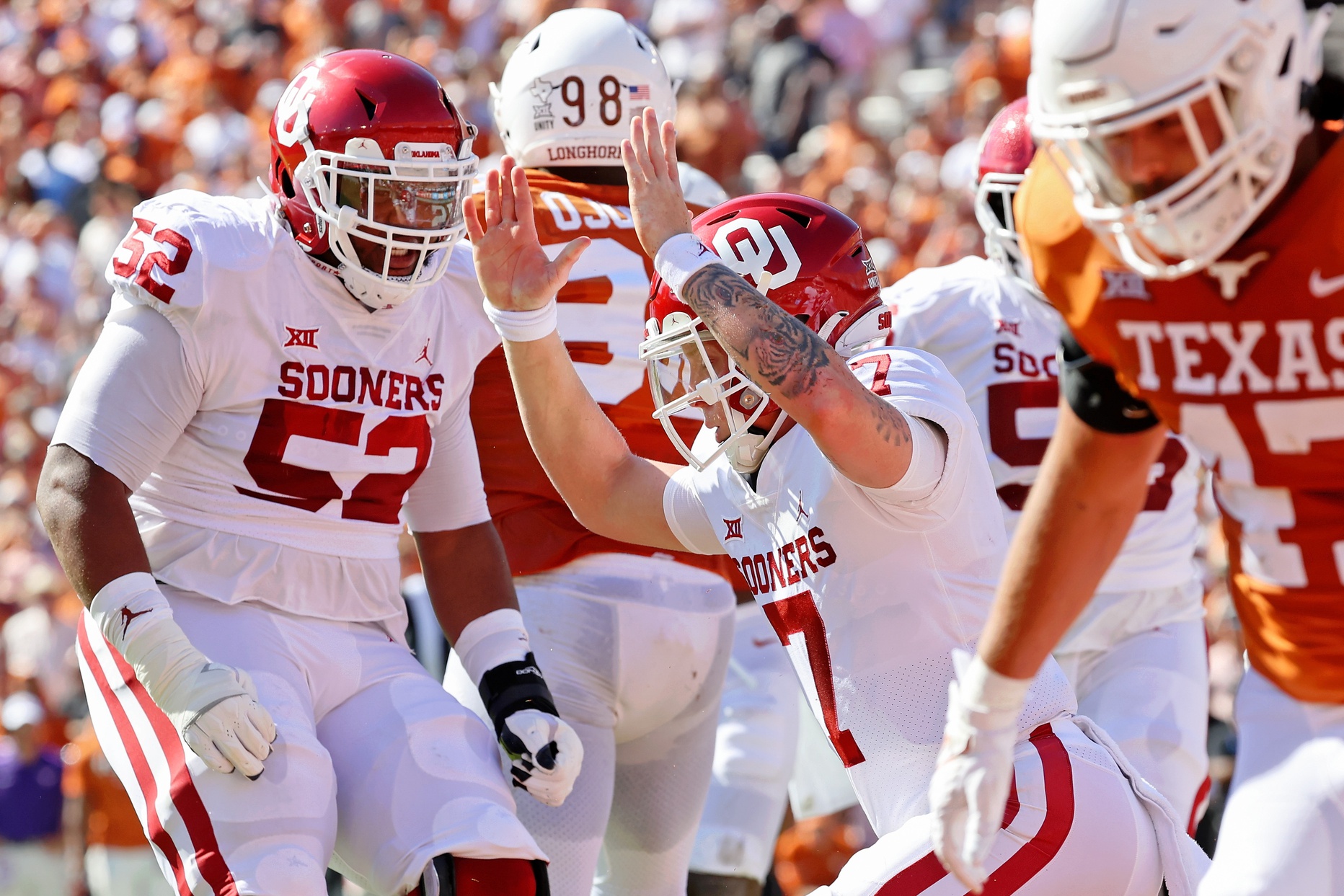 Aligned at RG in 2019 and 2020, and RT at 2021. Can effectively play both guard positions. Has the drive and willingness to compete at tackle but his frame limits him from a length perspective.

This may be Robinson’s best trait as a football player. He has a bully mentality. Robinson works to finish blocks and plays through the whistle. Consistently drove defenders to the ground and worked to finish them. Is always looking for extra work and an opportunity to enforce his physicality on defenders.

Tyrese Robinson is a redshirt senior and a three-year starter for the Oklahoma Sooner offensive line. In 2019 and 2020, Robinson started at offensive guard, where he was graded as the Sooners’ best pass protector. Robinson played with a physical mentality and was the enforcer for the Sooner offensive line. In 2021, Robinson was moved to RT due to his versatility and team need. Robinson lacks the length of a true offensive tackle but has a scrappy mentality that pushes him to get the job done. This is a testament to his competitive nature and willingness to be a team player. His limited length will prevent him from being an effective offensive tackle in the NFL, but his tough, road-grader mentality will pave a way for him to see snaps as an interior offensive lineman in the NFL.

Ideal Role: As a left or right guard

Scheme Fit: Can play in a power run scheme or a zone blocking scheme

Balance: When playing offensive tackle, Robinson’s balance issue arise. He struggles against defenders who work counter moves and force him to redirect his body weight. In the run game, his physical mentality can get the best of him because he will get too far over his feet in an effort to make contact with a defender.

Lateral Mobility: Robinson’s lateral mobility at tackle is limited by his lower-body stiffness. The stiffness in his hips exposes itself when he has to change direction in order to block a second-level defender in the run game. He also has issues redirecting laterally against defensive linemen who use counter moves. Plays much better at guard when he is in condensed areas.

Power at POA: In the Oklahoma zone run scheme, Robinson displays the power to single-block defenders at the point of attack. From his stance as a tackle, he is able to seal off defenders. The transition from guard to tackle shows his lack of ability to generate power from an offensive tackle stance versus an offensive guard stance. At guard, he is able to work double teams well and get good movement on defensive linemen.

Hand Technique: Robinson’s hand technique needs improvement. He often gets his hands on the outside of defenders which may lead to many penalties in the NFL. He also has a habit of grabbing and holding pass rushers. He shoots his hands well and has good power behind his punch but he needs to understand how to reset them instead of holding.

Football IQ: Has a good understanding of passing off defensive line stunts. Is also a good identifier of edge blitzes. Rarely allowed free blitzers through his gap.

Pass Sets: Utilizes quick choppy steps to get to his spot to anchor on defenders. Can keep inside leverage and force pass rushers around him. Lacks the lateral mobility to consistently redirect against defenders that attempt to utilize counter moves at tackle. Pass rushers who run the arc on Robinson give him issues too because he lacks the length to meet them at a point and often has to turn and run with defenders.

Flexibility: Body flexibility is an issue for Robinson. In the run game, it affects his ability to redirect and effectively get to second-level defenders in space. It also shows in his ability to turn and flip his hips when he asks to pull as a guard. Has overall lower-body stiffness that limits him from playing the tackle position with the necessary technique.