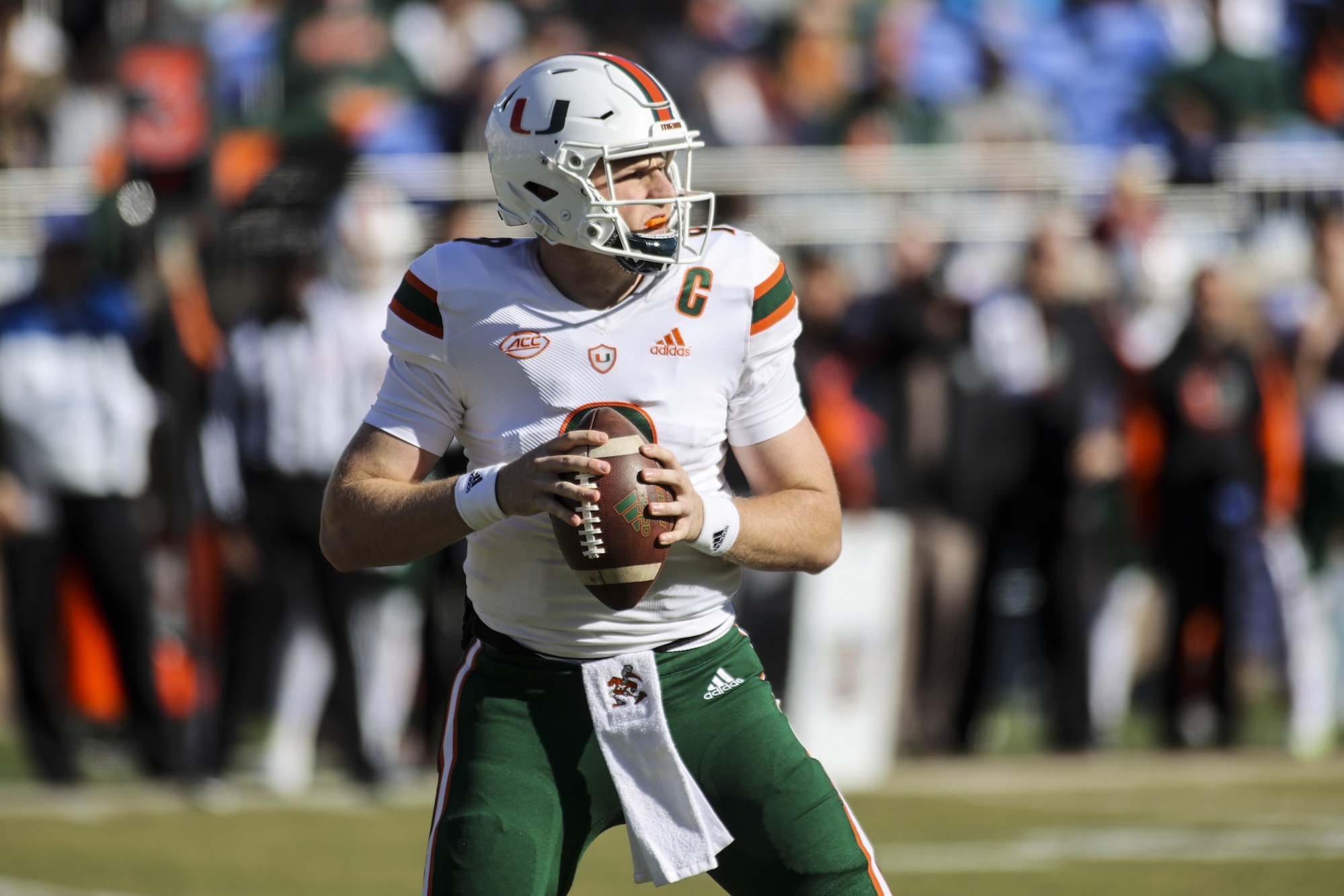 Pros: Tyler Van Dyke offers easy gas on the football in most phases. He has a big arm and does well to challenge all levels of the field, as the Hurricanes’ spread offense has charged him with doing. The production obviously speaks for itself, too. Van Dyke finished the year with six consecutive 300-yard passing performances and helped the team reignite their season, which featured upset wins over NC State and Pittsburgh (and a 5-1 record across those final six contests). This is a player who is only scratching the surface of what he’s capable of and you see his best stuff as he strings together plus reps and gets into a rhythm. His ability to thread the needle, drop a vertical shot, or leave the pocket and extend before scrambling for a first down are all intermittently present. With a prototypical build, Van Dyke has done fairly well as a young starter to keep his eyes down the field from within the pocket amid a rush, too. He is the kind of quarterback who figures to withstand hits and contact, to the point where he can shrug off light contact and survive would-be sacks. While he’s not a mismatch-level athlete, I do think he offers enough value between his size and mobility to convert some key runs if flushed from the pocket.

Cons: The physical upside of Tyler Van Dyke’s arm is obvious, but his lack of experience as a starter is evident in stretches of play. The first half against Florida State stands out in a big way in this regard, where Van Dyke struggled with navigating coverage and pass rush—which led to a non-existent stretch of offensive play. Too often Van Dyke doesn’t have the post-snap answers to defensive pictures and as a result, his process can be rushed or he can be caught by pressure. His decision-making in these situations is sufficient but there’s a lot of room for growth—which would cut down on negative plays, near misses, and increase his efficiency as a passer. There are some misfires in his game and Van Dyke also appears to “aim” his throws at times when trying to take some heat off the ball which leads to more variance on placement. His natural touch flashes, but at other times I’d like to see him pull the string more on throws without working so hard to softly deliver. His feet and timing can use more polish as well to ensure he’s on schedule and aligned to targets as he hits the top of his drop. These are largely critiques that you’d expect for such an inexperienced starter, but until we get a bigger sample size of him filling in the blanks, they’ll linger as questions about his projection.