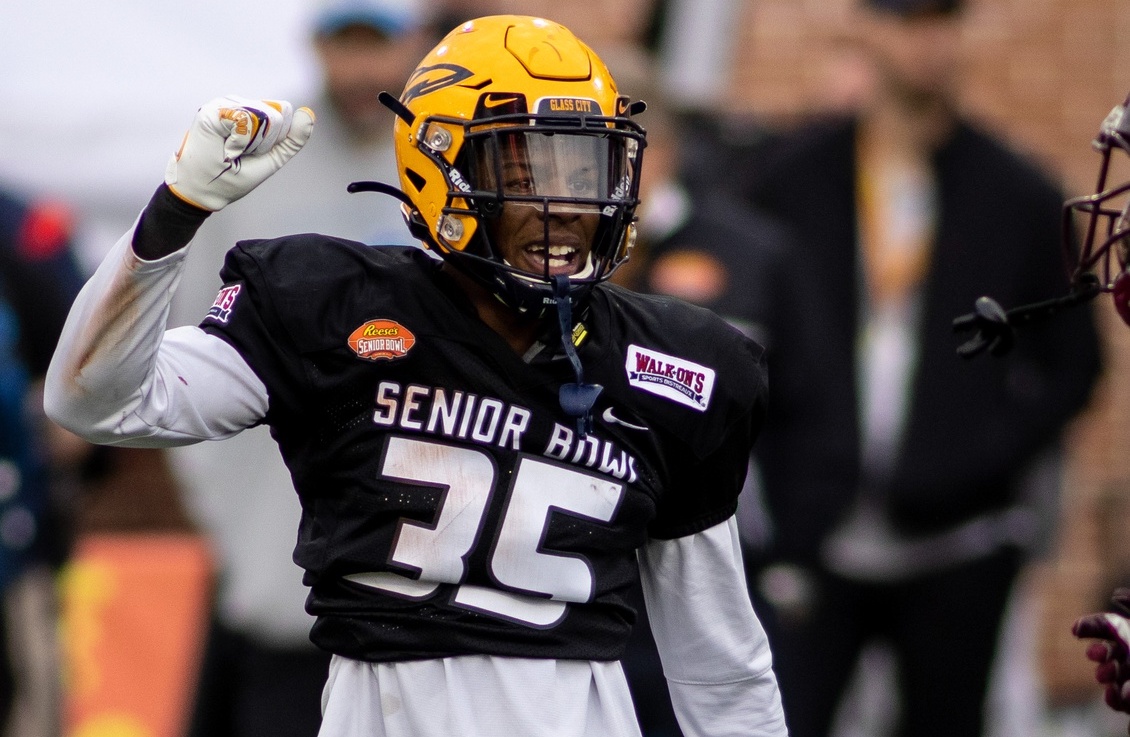 Anderson played all over the place for Toledo but I’m not certain he’ll have the same menu of usage in the pros. I wouldn’t (based on what we’ve seen) charge him with a lot of press and man-to-man assignments. Special teams is, however, an area in which we should see him cut his teeth early on.

Toledo defender Tycen Anderson is an intriguing mid-round prospect who projects best as a sub-package linebacker and third safety for an NFL franchise. Anderson is an impressive linear athlete and has served as a three-year staple in the secondary for the Rockets defense. A long, rangy tackler, Anderson pairs his size and stature with very good length and equally good closing burst with his trigger. That makes him someone who could, at the very least, serve a key special teams role at the pro level if he’s slow to develop or deemed too much of a “tweener” for his NFL landing spot. I’m not sure what the ceiling is for Anderson with marginal ball production (two career interceptions and none since 2018), but his pursuit skills are going to shine on the second level and he could potentially fulfill a more frequent snap role if he sustains his burst and explosiveness with some added weight to accommodate the wear and tear of playing in traffic.

Football IQ: Appears to be a “slow ‘till you know” subscriber in the run game but his burst often allows him to make up for it. I think he’s got a lot of growth potential for close-quarters combat, but that’s due in part to how infrequently he was charged with serving that role at Toledo.

Tackling: There are instances where he really pops as a striker, but then others where you feel as though there’s room for improvement in his initial angle and his consistency as a wrap-up challenger. His radius for finishing plays is very strong.

Range: The true center field range for Anderson doesn’t project as one that you’d feature in the NFL. His pursuit skills shine much better low in the hole. His wingspan helps in shallow areas to disrupt throwing windows effectively in zone.

Ball Skills: His career ball production is underwhelming and of note when projecting him to the pro game. I think he’d benefit from playing more in the box to prevent him from asking to track the ball vertically—although he has taken some good challenges out of deep zone assignments. He just rarely positions himself to make big plays.

Run Defending: The confidence to attack is more present in space than in close quarters and I don’t see a great appetite for driving into the box and making a mess of the pile. His angles to close down and his consistency getting off of blocks are something to focus on.

Functional Athleticism: I see some really pleasant flashes from Anderson in his reactive quickness and natural burst. Even on steep angles as a long-legged and high-waisted athlete, he can make some surprising transitions. That said, he is comfortably at his best running the alley on the perimeter.

Competitive Toughness: I would like to see him playing with a little bit more of an enforcer mentality and swagger in the box. He’s going to, in my opinion, have to learn to love it and live there full time—growing with his comfort in blockers leaning on him and attacking both the run downhill and blockers will go a long way in boosting his efficacy in this regard.

Flexibility: I saw good lean through steep corners close to the football, but his steep-angle transitions are naturally limited by his high hips. I’d regard him as having above average body control as a whole, just not enough mobility to offer truly dynamic change of direction in open grass against plays that will test his circumference of influence.

Special Teams Ability: I think Anderson can be a total staple on kick coverages. Length, hitting power, and physicality in space are all plus dynamics of his resume and he should easily find reps to be had here.