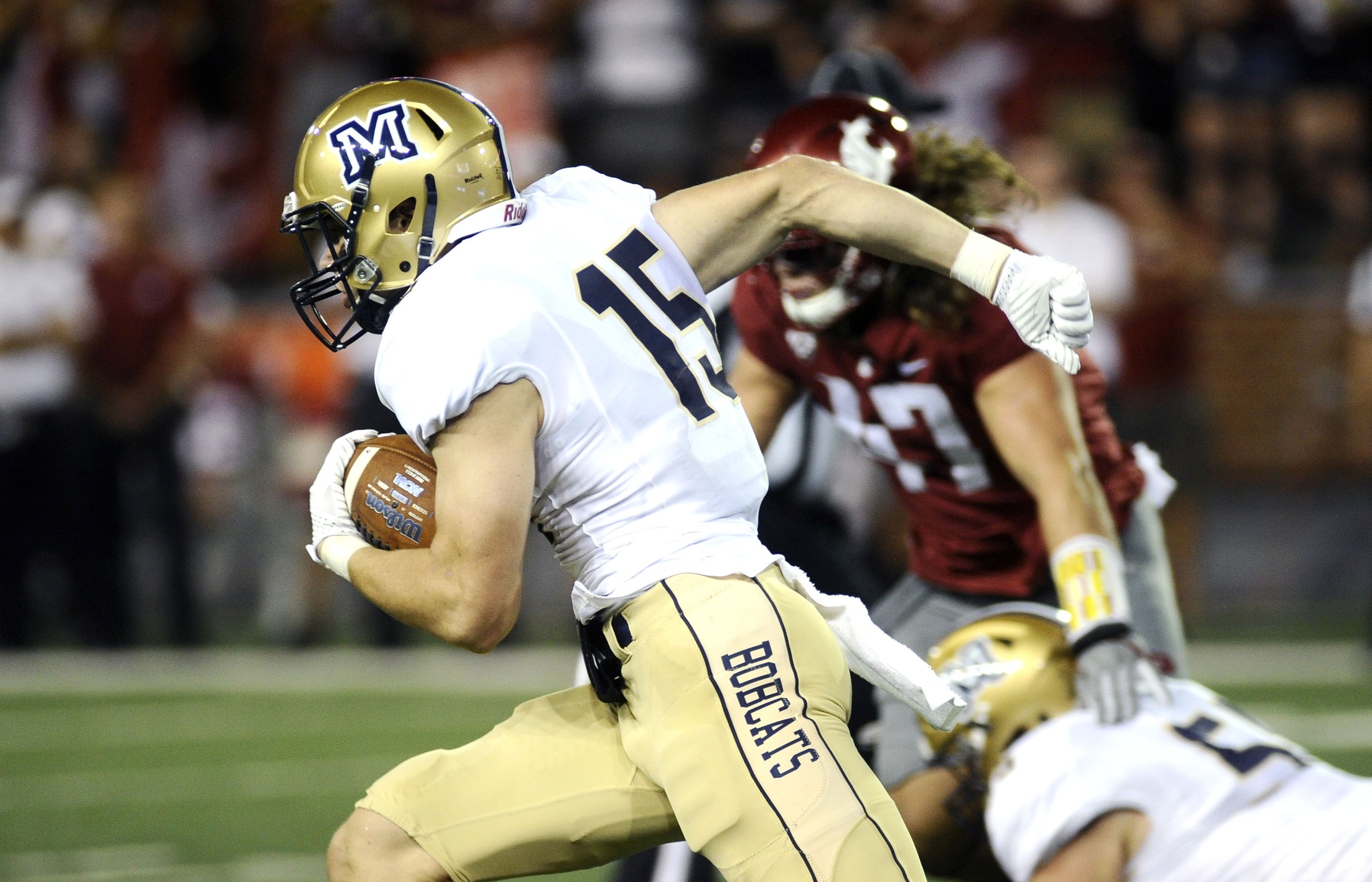 Andersen is the most versatile player in the draft. Period. No questions asked.

He’s played running back, quarterback, and linebacker for the Bobcats. He racked up 1,142 rushing yards in 2018, was a first-team All-Big Sky quarterback, and was the conference Defensive Player of the Year in 2021. His physical traits enable him to do anything on the field.

Andersen is the ultimate H/W/S athlete in this year's class.

Andersen is an explosive tackler with good hitting power. He aims low, wraps, and brings his feet through contact. He isn’t immune to the occasional whiff but I’m impressed with his overall ability to close and finish.

For someone who does so much — Andersen's tireless approach is admirable.

Andersen is a fierce competitor with a motor that always runs hot. He is urgent in pursuit of the ball and makes his share of plays based on hustle. He’s embraced every imaginable role and simply put, is a “football player.”

Troy Andersen is the most versatile player in the 2022 NFL Draft. He made a notable impact at Montana State as a quarterback, running back, and linebacker. At the next level, he is likely a linebacker but offers some appeal as a two-way player if a team wanted to create some packages for him offensively.

When considering Andersen as a linebacker, his size, athleticism, urgency, and tackling skills make him an impact defender. He has true sideline-to-sideline range and is an explosive playmaker. He has easy movement skills in coverage and can serve as a matchup defender to play some man. With all of that said, Andersen is still very raw when it comes to processing and there are times where it’s abundantly clear that he’s still new to playing linebacker. He has to develop his ability to deconstruct blocks and play off contact in addition to improving his read and react skills.

I like him best as a pursuit-style linebacker to take advantage of his range and urgency. He should be an impact special teams player that has the ability to affect games in a variety of ways.

Football IQ/Instincts: Andersen is clearly still new to playing linebacker, where he’s only spent two seasons after starting his career on offense. His play speed and processing skills will need to increase. His athleticism makes up for some of his tardy responses but he needs to take notable steps with his ability to read and react against the run and pass.

Pass Coverage Ability: Andersen has some impressive flashes in coverage where he has the athletic ability to serve as a matchup linebacker and mirror tight ends, running backs, and some slots in man coverage. He has the fluid movement skills necessary to pedal and drop into coverage. It just comes down to instincts and time on task as his route anticipation skills and awareness are a work in progress.

Run Defending: When Andersen is covered up and free to roam on the second level, his ability to trigger, close, and finish is outstanding. He does have room to grow as a processor against the run and I wouldn’t consider him for duties as a MIKE initially at the next level.

Block Deconstruction: Andersen has good length and physicality but has to develop more technique for how he takes on blocks and plays off contact. He deals with his share of contact due to tardy responses and he needs to become more consistent with hand activation and playing with extension. He’s at his best when covered up and free to flow.

Lateral Mobility: Andersen is a springy athlete that easily flows laterally. He has true sideline-to-sideline range and presents no physical restrictions in terms of mobility. He makes his share of plays off-tackle and outside the numbers.

Flexibility: Andersen has easy change of direction skills and is a springy athlete. He has some impressive moments in man coverage where he showcases the ability to flip his hips and open his stride. He firmly checks this box.

Leadership: The coaches rave about his leadership and he’s active in communication with his teammates. Andersen is a highly accomplished player and team captain. His willingness to embrace any role speaks to his football character. His entire athletic background is full of winning and success.