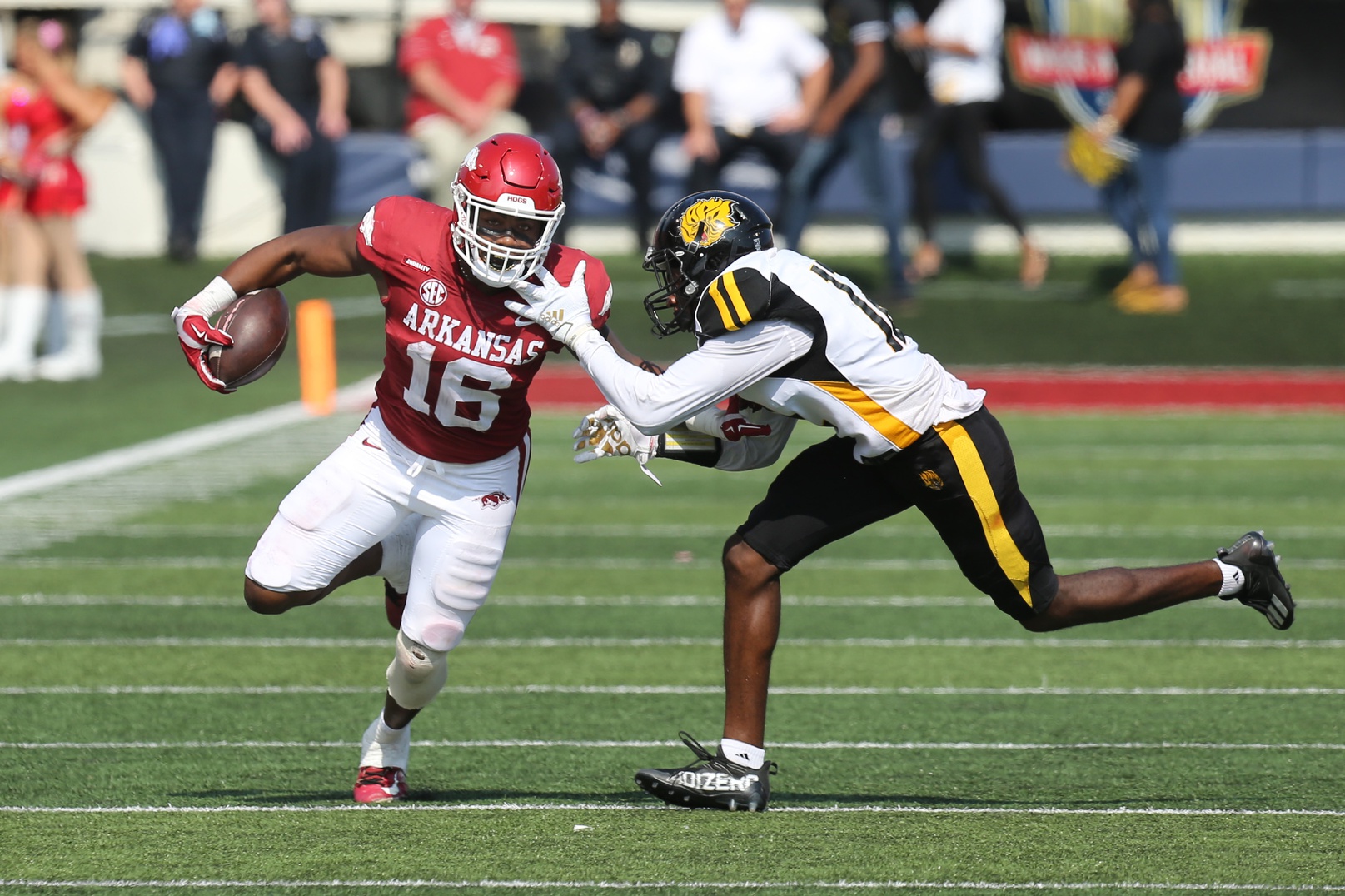 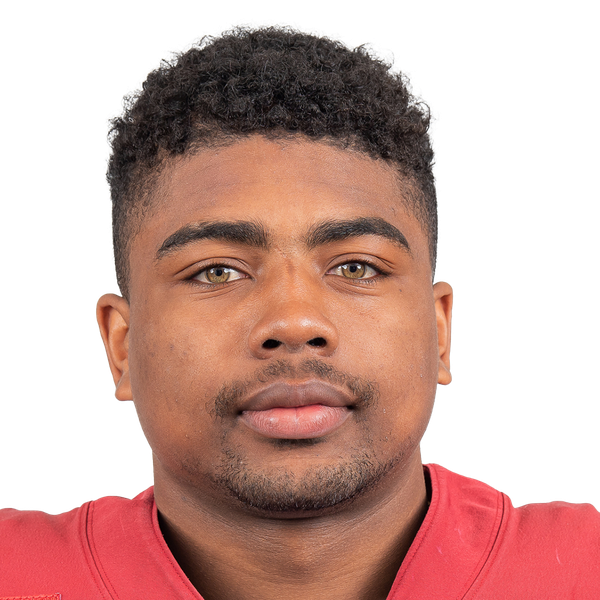 Mr. 'Do It All' for the Razorbacks.

Burks’ versatility was on full display at Arkansas. The Razorbacks often lined him up in the slot, in the backfield, and as a boundary receiver. This allows for the coaching staff to take advantage of his exceptional run after the catch ability. His movement skills are not that of a traditional offensive weapon, but the strength that he plays with running after the catch makes him a versatile player.

Thrived with RAC opportunities on underneath targets.

After the catch, Burks is a physical runner. Uses his 6-foot-3, 230-pound frame to run through arm tackles. A very difficult receiver to bring down in the open field. Occasionally uses a strong stiff arm that adds another element of physicality to his run after catch ability.

Consistent hands catches away from his frame.

This is the best trait for Burks as he would be considered a sure-handed receiver. Low drop rate at Arkansas. Has strong hands that allows him to secure difficult passes. Showed the ability to pluck the ball out of the air and made difficult catches look routine. Understands hand positioning based on the location of the pass.

Treylon Burks is a former 4-star recruit that was the No. 1 player in the state of Arkansas during the 2019 recruiting cycle. Burks is a three-year starter for the Arkansas Razorbacks. In 2020, Burks was the Razorbacks’ No. 1 receiving threat, leading the team in both catches and yards. Burks lines up as an X receiver, slot receiver, and in the backfield at times for the Arkansas offense. This allows for the coaching staff to find unique ways to get the ball into his hands.

When he has the ball in his hands, Burks is a tough tackle for defenders. Burks uses his big frame to power through arm tackles and is rarely brought down by the first defender. Burks also uses his big frame to shield defenders away from the ball and on in-breaking routes. Burke’s most dynamic trait is his natural ability to go up and over defenders to win 50/50 balls. He thrives at contested catches because he has an in-depth understanding of body positioning. Burks is a big-bodied receiver that understands how to use his body in multiple different ways to be a versatile weapon for the Razorback offense.

Ideal Role: A possession receiver that can use his big frame to shield defenders from the ball and consistently catch 50/50 balls

Scheme Fit: A system that can get the ball in his hands quickly so he can use his frame to break tackles and fight for extra yardage.

Route Running: Burks is a spot route runner in the Arkansas offense. Doesn’t show the ability to make precise cuts. Most routes are rounded off at the top, lacking the detailed nuisances that the best route-runners possess in the NFL. Burks aligns mostly from the slot where he is asked mostly to identify open spaces in opposing defenses’ zone coverage.

Separation: Burks’ ability to separate can be an issue in the NFL. In the slot where he has free releases he can get into his routes and find spacing in coverage consistently. When lined up on the boundary, there are inconsistencies in his ability to get separation quickly during his routes—which is why his ability to make contested catches will be key to his career.

Release Package: In the Arkansas offense, Burks lines up in the slot for the majority of his snaps. This allows for him to have free access releases which don’t require him to have a versatile release package. When lined up on the boundary, he uses his strength to get vertical releases on defensive backs. This is a trait that Burks needs to further develop on the next level.

Run After the Catch: See Above.

Ball Skills: Burks’ ball skills are impressive. Consistently wins 50/50 balls at the catch point. Has an aggressive mentality going up for the ball and wins most times. Thrives at body positioning and tracking the ball to make difficult catches. Shows the ability to make difficult one-handed catches.

Football IQ: Due to his usage at Arkansas, Burks has to have a high football knowledge. Understanding routes and spacing is a good trait of his. Burks has the ability to play multiple positions and also shows his in-depth knowledge of the playbook.

Competitive Toughness: Burks shows his competitiveness through his ability to win at the catch point on 50/50 balls and his physical run after the catch style. Would like to see Burks become a more physical blocker. Routinely missed blocks when blocking players on the perimeter—mainly due to effort.

Big Play Ability: At Arkansas, Burks is a high-volume player that has multiple 10-plus touch games. He has big-play ability down the field in one-on-one opportunities. He is not a vertical threat running away from defenders, but his ability to adjust to the deep ball and come down with the pass gave him opportunities to make big plays for the Arkansas offense.