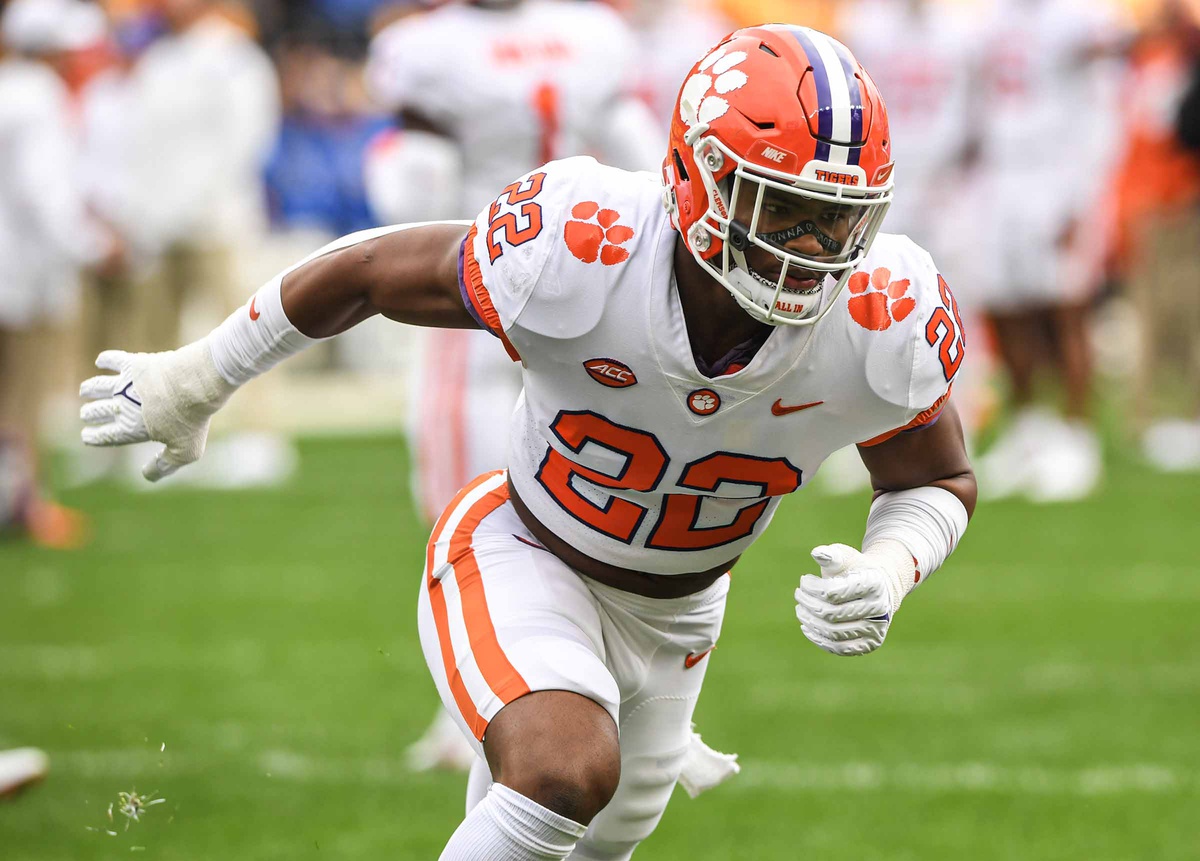 Pros: Clemson certainly did right by Trenton Simpson with the roles they asked him to fill—this dude was everywhere on tape. He’s taking snaps as a safety on the third level against Wake, he’s twisting across the front as a scheme pressure player vs. Louisville, he’s crashing hard from depth as a WILL versus Iowa State, and everything in between. Modern linebackers who move the needle are the ones with skill sets to contribute on the passing downs and Simpson looks ready to go on this front. Some of his pressure successes were skewed by his role as a schemed pressure player (he had more than a 30% pressure rate on approximately 90 rushes last season), but the explosiveness and the length are blue-chip qualities that pair to make him a huge influence as a rusher. Add in his work as an apex and overhang defender in zone coverages outside the hash and you have yourself a player with plenty of pathways to contribute to your defense. The obvious connection people will make is to Micah Parsons, who took the league by storm as a hybrid rush/stack linebacker with the Cowboys last season. Although Simpson is a different kind of build and he wins differently, there is some overlap in potential roles at the next level based on the tape. Clemson aligned Simpson as an EDGE defender in stretches as well, asking him to both peel into interior gaps as a looper or alternatively try to win with speed off the edge. When Simpson is shooting gaps from depth or wide angles, he brings a lot of force into his challenges to spotlight his ability to deconstruct blocks. He’s a dynamic finisher, too—he’ll run through tackles and hits and you rarely see him catch a blow as compared to delivering one.

Cons: Trenton Simpson is an impressive athlete and the more you watch, the more you appreciate his versatility. But the one area we didn’t see a ton of him in the games I studied was as a stack backer on the second level. Clemson did boast Baylon Spector and James Skalski (plus Jeremiah Trotter Jr.) in this role in 2021, so it could possibly have been due to other tenured players being available. But as offenses motioned or flipped the strength with a shift, we did get some glimpses of Simpson pushing into a stack and his reps here didn’t usually offer the same dynamic play. Can this be an area of growth for him in 2022? If so, it will add another layer to his game and further unlock his ability to be a universal prospect. Continued focus on negotiating blocks will take him further as well. Several of his perimeter rushes fell flat with high and wide hands, particularly his near hand—which too often fell off the inside shoulder and slipped off the body. He’s got the length and explosiveness to be more impactful with better strike accuracy early in those reps.